Regional Overview: Mexico, Central America, and the Caribbean
28 May-3 June 2022 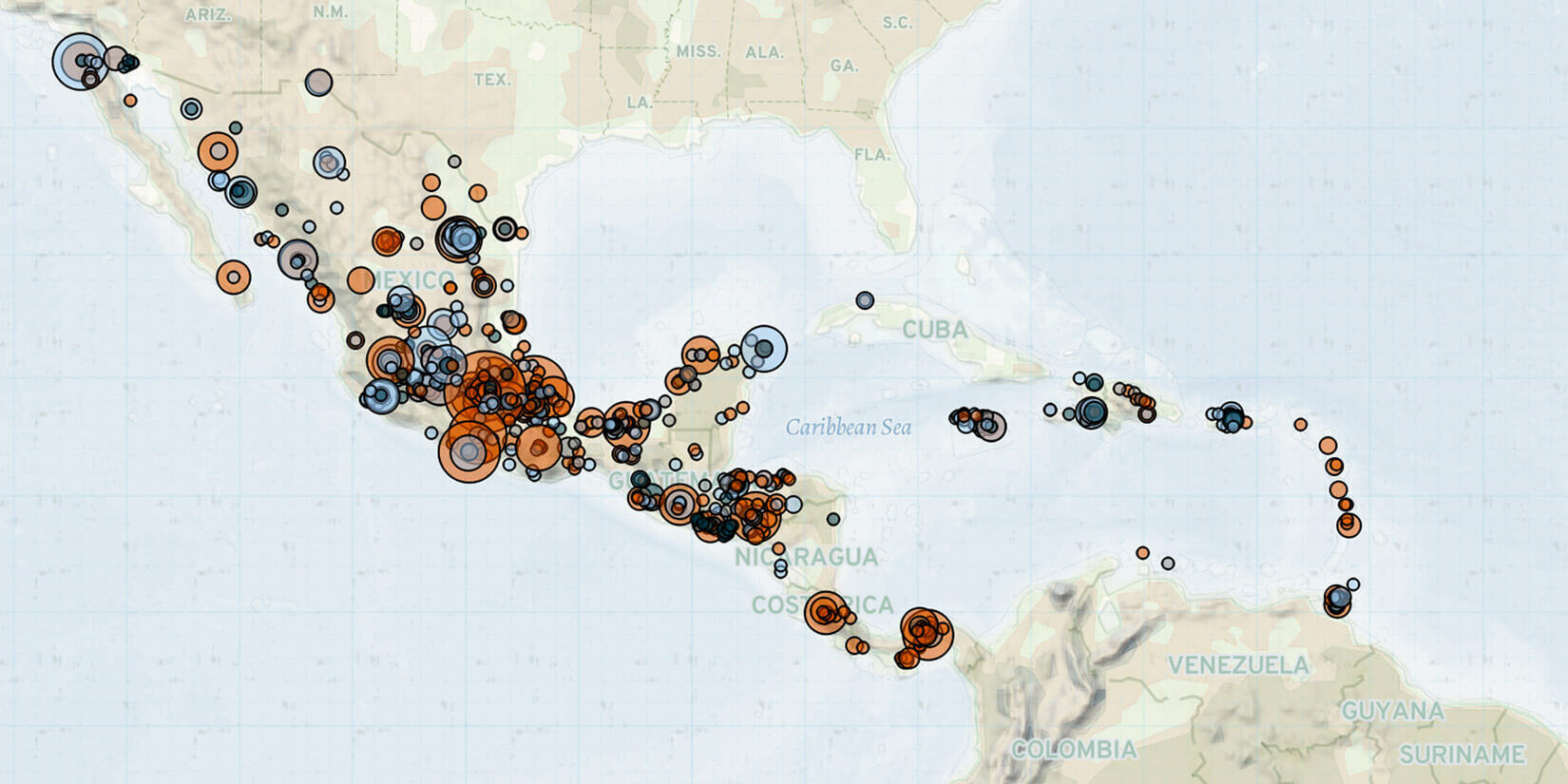 Last week in Mexico, Central America, and the Caribbean, political violence remained high, driven by inter-gang clashes in Mexico and attacks against civilians by armed suspects in countries and territories across the region, including Honduras, Jamaica, Haiti, and Puerto Rico. In Mexico, Gulf Cartel members clashed with state police officers in San Luis Potosí state, while clashes between the Jalisco New Generation Cartel (CJNG) and the Los Mezcales gang left four dead in Colima state. Meanwhile, in Cuba, police detained several journalists and activists during the trial of prominent anti-government figures as women protested for the release of political prisoners.

In Mexico, gang violence increased in San Luis Potosí state last week. In San Vicente Tancuayalab municipality, members of the Gulf Cartel clashed with state police officers at the border with Veracruz state, leaving four cartel members dead. Meanwhile, gang attacks left four civilians dead last week, with most of these attacks recorded in the state’s capital, San Luis de Potosí city. These trends contribute to the 150% increase in violence in San Luis Potosí last week relative to the past month flagged by ACLED’s Subnational Surge Tracker, which first warned of increased violence to come in San Luis Potosí in the past month. Several criminal groups, including the Gulf Cartel and the CJNG, operate in San Luis de Potosí, controlling drug trafficking routes that connect to the coast of Veracruz state in the south and to the northern states of Nuevo León and Zacatecas (Infobae, 28 May 2022).

Elsewhere, in Colima state, the Los Mezcales gang and the CJNG engaged in several clashes between Colima and Villa de Álvarez municipalities on 29 May, leaving at least four gang members dead. Gang attacks against civilians in Colima also left six people dead. The Los Mezcales gang and the CJNG have been fighting since February following the breakdown of their alliance. Violence in Colima is both common and highly volatile; it is considered an area of ‘extreme risk’ by ACLED’s Volatility and Risk Predictability Index.

In Honduras, violence increased last week relative to the week prior, driven by gang attacks against civilians and armed clashes between state forces and armed groups in San Pedro Sula, Cortés department. During one alleged clash in San Pedro Sula, police claimed to have killed a member of the Mara Salvatrucha (MS-13). Relatives of the deceased have rejected this version, claiming that the man was not a member of the MS-13 and that he was killed in a direct attack by police after he assaulted an officer during a football match (El Heraldo, 1 June 2022). The UN Resident Coordinator in Honduras called on the government to carry out independent investigations into this case (La Prensa, 3 June 2022). San Pedro Sula is one of the most insecure cities in Honduras, which authorities have attributed to the actions of gangs fighting for the control of drug markets and extortions (América Económica, 6 June 2022; Contra Corriente, 16 March 2022). These trends contribute to the 100% increase in violence in Cortés last week relative to the past month flagged by ACLED’s Subnational Surge Tracker. The Subnational Tracker first warned of increased violence to come in Cortés in the past month.

Additionally, several attacks by armed suspects were recorded in Olancho department last week, leaving four people dead. According to local experts, there has been a recent increase in violence in Olancho following the expansion of local gangs that seek to control drug trafficking routes (El Heraldo, 6 April 2022). Thus far in 2022, ACLED records almost twice the number of violent events in Olancho compared to the same period in 2021.

In Jamaica, political violence increased in Saint Catherine parish last week, driven by gang-related activity. On 29 May, unidentified armed men shot and killed a Jamaica Labour Party (JLP) activist in Portmore. While investigations remain ongoing, police claim that this attack is not related to the killing of a JLP councilor recorded the week prior (Jamaica Gleaner, 30 May 2022). Meanwhile, police officers clashed with armed men in Linstead, killing two of them, including the leader of the Buss Head gang, a new emerging actor in Jamaica, according to ACLED’s Emerging Actor Tracker; the emergence of new actors can present a possible increased risk to civilians. In Saint Catherine, police have identified at least 16 gangs (Jamaica Gleaner, 19 September 2021). These trends contribute to the 100% increase in violence in Saint Catherine over the past week relative to the past month, as flagged by ACLED’s Subnational Surge Tracker.

In Haiti, violence remained high last week, with attacks by armed men and gang members that left at least five people dead in Port-au-Prince. Amid these attacks, members of the Village de Dieu gang attacked a bus traveling between Martissant neighborhood and the southern departments. Elsewhere, anti-gang operations by police forces continued last week in Ouest, Nord, and Nippes departments. In Croix-des-Bouquets district, Ouest, four gang members were killed in clashes with police, while police officers killed a leader of the Base 5 Secondes gang in Anse-a-Veau, Nippes. Following clashes between rival gangs in Croix-des-Bouquets over the past two weeks, police have sought to intensify their operations to regain control of areas dominated by gangs in Port-au-Prince and nearby areas (Netalkole, 30 May 2022). ACLED’s Conflict Change Map first warned of increased violence to come in Haiti in the past month.

In Puerto Rico, despite violence decreasing last week compared to the week prior, attacks by unidentified suspects continued in multiple municipalities, including in Canovanas, where armed assailants killed a man and abandoned his body inside a vehicle that was set on fire. While violence in Canovanas has not been common, it has become increasingly volatile, resulting in a shift from a place of ‘low risk’ to being considered an area of ‘growing risk’ by ACLED’s Volatility and Risk Predictability Index.

In Cuba, state forces arrested three journalists and other activists during the trials of opposition leaders Luis Manuel Otero Alcántara and Maikel Castillo, which started on 30 May. On the day previous to the trial, a group of women staged a protest in La Habana demanding the release of political prisoners. Following this protest, police arrested a woman journalist in La Habana, who was released moments later after the authorities warned her not to attend the trials. Meanwhile, at least two other journalists and two activists were forced to stay home under house arrest in La Habana and Artemisa. Activists reported internet cuts during the two days of trials while the government denied entry to the courts to ambassadors from different countries (France 24, 31 May 2022). Castillo and Otero Alcántara were arrested in May and July 2021, respectively, under the charges of disrespect for the authorities and public disorder, among other accusations, over an incident in which authorities tried to arrest Castillo in April 2021 (DW, 31 May 2022).