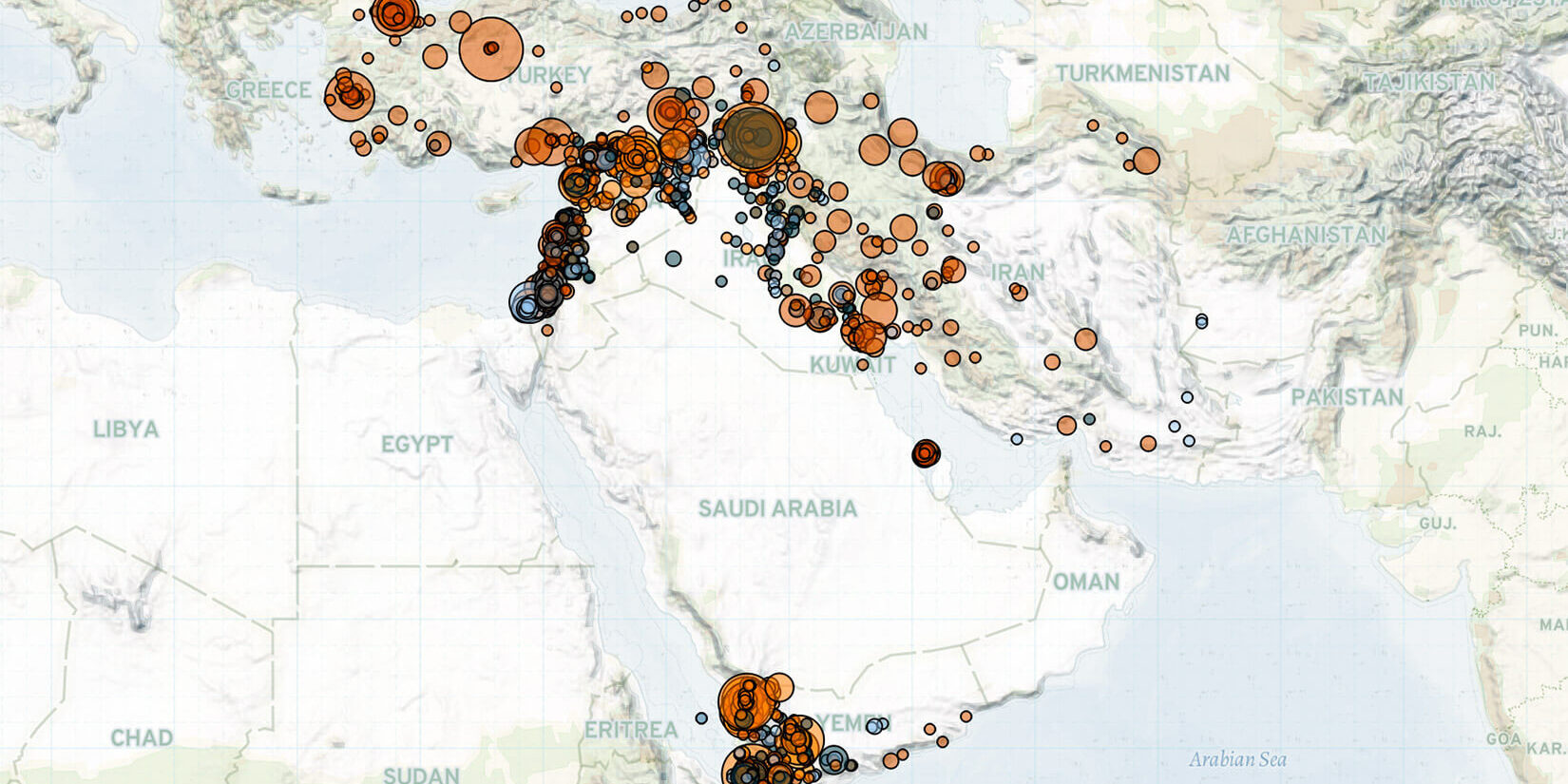 Last week in the Middle East, political violence increased in Yemen during the first week of the UN-mediated truce extension. In Syria, Israeli airstrikes put Damascus International Airport out of service. In Iraq, the caretaker government passed a new food security law to address high food prices. In Palestine, six clashes were recorded between Israeli forces and Palestinian militants in the West Bank and the Gaza Strip, while a Palestinian was killed during a clash between rioters and Israeli soldiers in the West Bank. In Turkey and Israel, pro-LGBT+ groups marched to demand equality, in commemoration of LGBT+ Pride Month. In Iran, retirees held nationwide demonstrations demanding increases to a newly-announced pension payment scale.

In Yemen, last week, political violence reached its highest levels since the beginning of the UN-mediated truce on 2 April, with notable increases in Ad Dali, Marib, and Sadah governorates (For more on the impacts of the truce on political violence during its first two months, see this ACLED analysis piece.) In Ad Dali, the increase in political violence was driven by clashes between Southern Transitional Council (STC)-affiliated forces and unidentified gunmen, unrelated to the truce (for more on truce violations, see ACLED’s Yemen Truce Monitor). In Sadah, meanwhile, the increase was driven by Internationally Recognized Government shelling of Houthi positions. These events contributed to the 101% increase in violence in Sadah in the past month relative to the past year flagged by ACLED’s Subnational Threat Tracker. The Tracker first warned of increased violence to come in Ad Dali and Sadah in the past month.

In southern Yemen, deployments of Al Qaeda in the Arabian Peninsula (AQAP) were reported in Bayhan and Usaylan districts in Shabwah, and in the STC stronghold of Yafaa in Lahij (Al Mashhad Al Janubi, 7 June 2022; Masa Press, 9 June 2022). In Abyan governorate, presumed AQAP militants abducted and executed a logistics officer in the STC-affiliated Security Belt Forces.

In Iraq, fighting between Turkish forces and the Kurdistan Workers Party (PKK) slightly declined for the fourth consecutive week last week. Despite the continuous decrease in fighting, Operation Claw Lock in northern Iraq continues to be a significant driver of violence in Iraq. While violence in Duhok has been common, it has become increasingly volatile, resulting in a shift from a place of ‘consistent risk’ to being considered an area of ‘extreme risk’ by ACLED’s Volatility and Risk Predictability Index. Operation Claw Lock-related events have contributed to the 188% increase in violence in Duhok in the past month relative to the past year flagged by ACLED’s Subnational Threat Tracker. The Subnational Tracker first warned of increased violence to come in Duhok in the past month.

Elsewhere, the Iraqi parliament passed a new emergency food security law. This was to avoid a food crisis in the country after parliament failed to pass a prior food security law, which was deemed unconstitutional by the Iraqi Supreme Court (Al Monitor, 10 June 2022). Public sector workers, especially those on short-term contracts, and veterinarians demonstrated in multiple cities complaining about their exclusion from the benefits of the new law.

Meanwhile, unknown militants targeted the car of an Iraqi counter-narcotics policeman with an IED in Maysan province. Iraqi police successfully defused another IED planted near a notary office in Amara city. Violence in Maysan has been volatile and has become increasingly common, resulting in a shift from a place of ‘growing risk’ to being considered an area of ‘extreme risk’ by ACLED’s Volatility and Risk Predictability Index.

In Iran, retirees protested in dozens of cities across the country last week, demanding an increase in their pensions to address increasing living costs. The demonstrations come after the government announced a new pension payment scale on 5 June (RFE/RL, 7 June 2022), which demonstrators claim falls short of their needs.