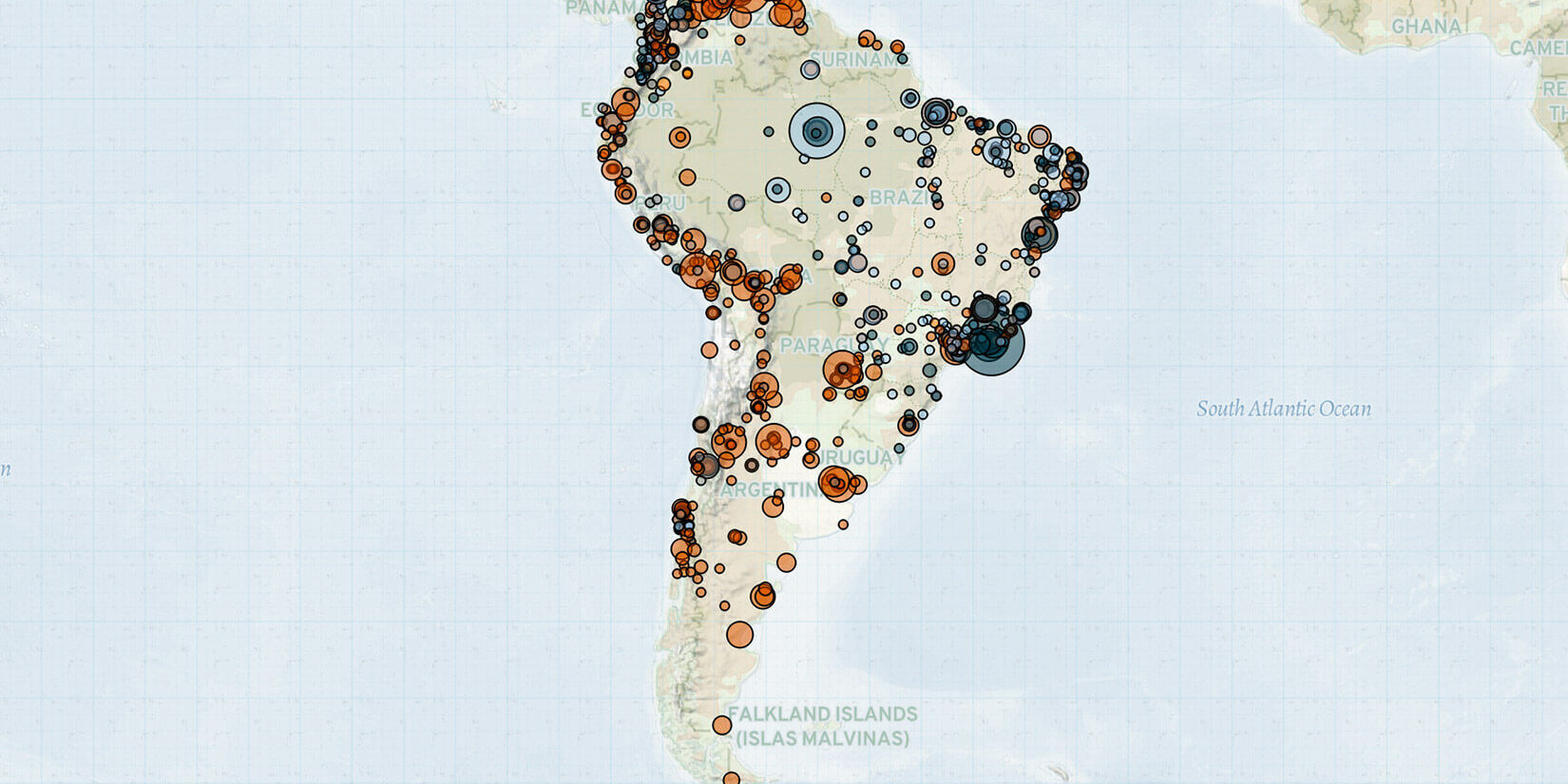 Last week in South America, supporters of opposition parties took to the streets in Peru, demanding the resignation of President Pedro Castillo over corruption allegations. In Chile, Indigenous militias carried out four arson attacks against forestry companies and farmers in the Araucanía region. In Colombia, unidentified armed groups killed at least five social leaders, while military forces clashed with the National Liberation Army (ELN) and the Gulf Clan in the Bolívar and Antioquia departments. Lastly, in Brazil, violent attacks and clashes linked to organized crime left at least 13 people dead in Pará state.

In Peru, citizens protested in Lima to demand the resignation of President Castillo last week over corruption allegations. The protests followed Attorney General Pablo Sánchez’s announcement that Castillo would be included in an investigation over allegations including influence peddling, collusion, and criminal organization (EFE, 29 May 2022). Peruvian prosecutors had initially confined their investigation to the former Minister of Transport and Communications Juan Silva Villegas and six members of congress. The investigation centers on alleged corruption related to the awarding of public work contracts to Peruvian and Chinese construction companies for the construction of the Tarata Bridge in north-central Peru (EFE, 29 May 2022).

In Chile, Indigenous militias committed four arson attacks against forestry companies and farmers in the Vilcun, Lumaco, and Collipulli communes of Araucanía region last week. This violence contributed to the 25% increase in violence in Chile in the past month relative to the past year flagged by ACLED’s Conflict Change Map, which first warned of increased violence in the country in the past month. Forestry companies are regular targets of arson attacks by Indigenous militias demanding land restitution (for more, see this ACLED analysis piece: Understanding Indigenous Conflict in Chile).

In Colombia, unidentified perpetrators killed at least five social leaders during attacks in four different departments last week. Social leaders are at a heightened risk of suffering from political violence in Colombia, with armed groups often targeting them due to their role in curbing criminal and violent activities (for more, see ACLED’s joint report: Understanding the Killing of Social Leaders in Colombia During COVID-19).

Meanwhile, in Antioquia department, military forces clashed with the Gulf Clan for three consecutive days in Puntas de Ocaidó in Urrao. At least two Gulf Clan members and one soldier were killed during the fighting. Additionally, more than 800 civilians were confined to their houses due to the armed confrontations (Radio Nacional de Colombia, 8 June 2022). Violence in Antioquia is both common and highly volatile; it is considered an area of ‘extreme risk’ by ACLED’s Volatility and Risk Predictability Index.

Similarly, in the Bolívar department, the ELN engaged in a two-day clash with military forces last week, resulting in the death of a high-ranked ELN commander. Two other ELN members were also killed in the clash, one of whom died after stepping on a landmine planted by the group. ACLED’s Subnational Threat Tracker first warned of increased violence in Bolívar in the past month.

In Brazil, violence continued unabated in Pará state last week, where targeted attacks against civilians and armed clashes between organized crime groups and military police resulted in at least 13 fatalities. These trends contribute to the 123% increase in violence in Pará in the past month relative to the past year flagged by ACLED’s Subnational Threat Tracker. The Subnational Tracker first warned of increased violence in Pará in the past month.

Meanwhile, in Tocantins state, military, civil, and federal police clashed with a new cangaço group in Miranorte municipality last week, resulting in the killing of six suspects. The term cangaço links to a form of social banditry that took place in northeast Brazil between 1870 and 1930. This modality of crime involves heavily organized armed groups besieging small- and medium-sized cities to intimidate local populations. Their practices include blowing up bank agencies, post offices, ATMs, and lottery houses. This phenomenon is the backbone of other activities carried out by organized criminal organizations in the region (Small Wars Journal, 9 May 2021). The groups use money stolen from these financial institutions to acquire new weapons, bolstering organized crime in the country (UOL, 31 August 2021). Additionally, public security experts believe that the new cangaço phenomenon has evolved into a more extreme type of violence, known as city hijacking (domínio de cidades, in Portuguese), in which the goal is to also suppress any retaliation from state forces (O Tempo, 1 November 2021).