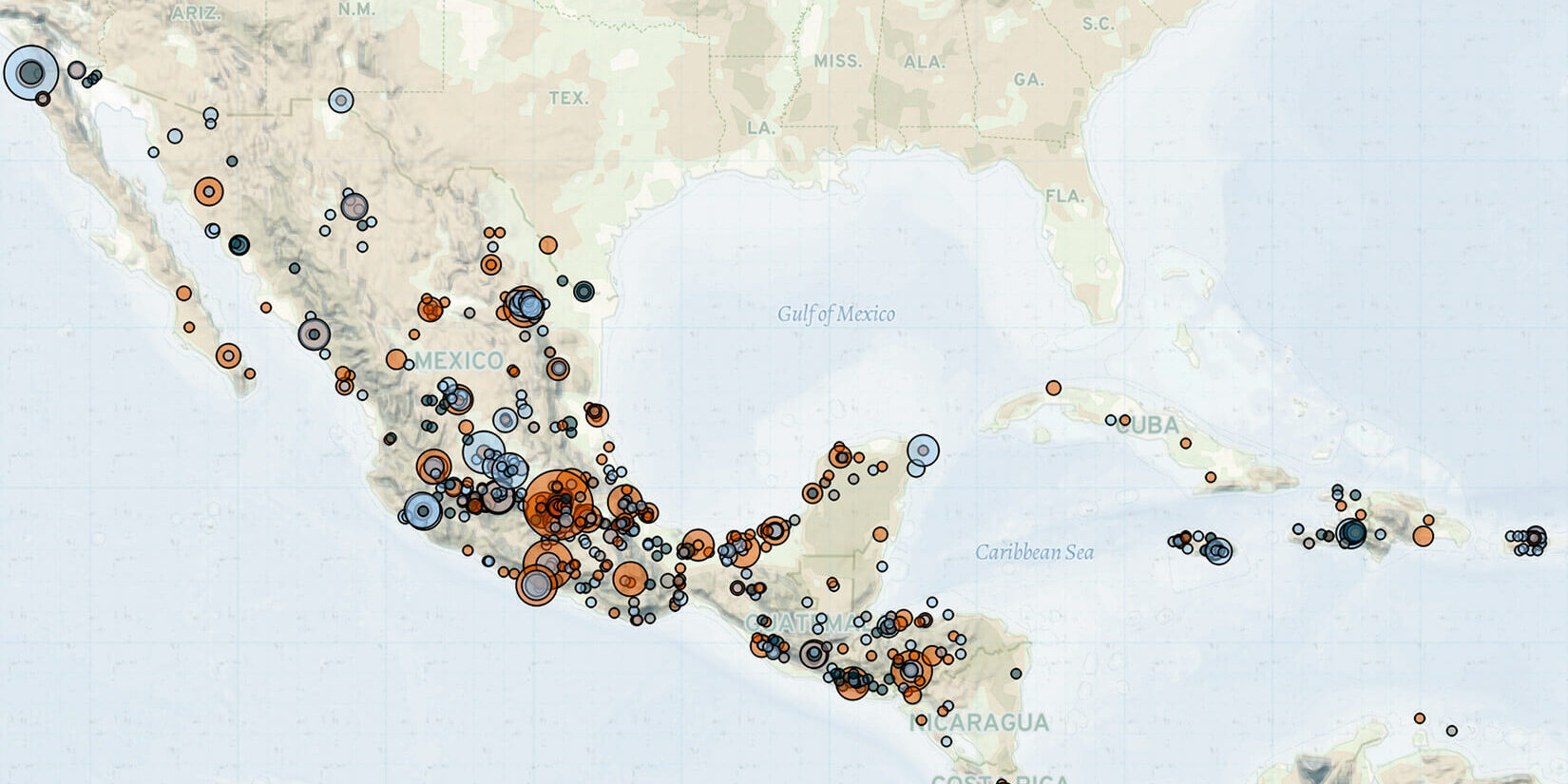 Last week in Mexico, Central America, and the Caribbean, gang warfare intensified in Mexico, Haiti, and Jamaica, while violence against civilians increased in Puerto Rico. In Mexico, disputes between criminal groups led to the killing of six chicken farm workers in Guerrero state, and drove increases in attacks against civilians in Chihuahua and San Luis Potosí states. In Haiti, members of the Base 5 Secondes gang destroyed investigation files and other judicial material during the takeover of a courthouse building in Port-au-Prince. In Jamaica, gang violence in Saint Catherine parish spiked amid an internal dispute between members of the One Order gang. In Honduras, unidentified suspects shot and killed a representative of the LGBT+ community.

In Mexico, violence increased in Guerrero state last week compared to the week prior amid gang attacks against civilians and clashes between the Union of People and Organizations of Guerrero (UPOEG) self-defense group and criminal groups. In Chilpancingo municipality, members of the Los Ardillos gang attacked a chicken farm in Petaquillas, leaving six people dead and two others injured. Following this attack, food distributors closed their businesses for three days fearing new attacks by criminal groups (Milenio, 18 June 2022). The attack comes after the breakdown of a truce between the Los Ardillos and the Los Tlacos gangs at the end of May. These gangs dispute the control of extortions of local food producers and drug trafficking routes that connect to the port of Acapulco (Infobae, 20 June 2022). Meanwhile, in Tecoanapa municipality, violence also increased as the UPOEG clashed with criminal groups before attacking a police station. The UPOEG, one of the multiple self-defense groups fighting against criminal groups in Guerrero, has been accused of being involved in drug trafficking (El País, 23 October 2021).

In Chihuahua state, dozens of civilians were killed in separate attacks by gang members, including an attack in Cuauhtémoc municipality on 12 June that left five people dead and three injured. Gang members also killed four people during an attack on a restaurant in Ciudad Juárez. These trends contribute to the 125% increase in violence in Chihuahua over the past week relative to the past month, as flagged by ACLED’s Subnational Surge Tracker. According to the authorities, the increase in violence is related to disputes between rival criminal groups that control extortions and drug trafficking routes along the border with the US (El Heraldo de Juárez, 13 June 2022). Experts have identified around 12 criminal groups that operate in Chihuahua, most of them allied to the Sinaloa Cartel (La Silla Rota, 20 May 2022).

In Haiti, gangs continued to attack government officials and government buildings in Port-au-Prince last week. Members of the Base 5 Secondes gang consolidated their control over the First Instance courthouse building, having begun a siege of the building on 10 June. On 14 June, the gang set fire to investigation files, other judicial documents, and vehicles inside the court. Some officers of the court and lawyers have claimed that police officers siding with gangs could be involved in the attack, seeking to destroy sensitive documents about cases of police corruption and killings of political figures (AP, 17 June 2022; Miami Herald, 16 June 2022). Haiti’s Chief Prosecutor Jaques Lafontant announced police investigations into the 10 June attack amid local expert concerns about the lack of government actions on previous attacks against state institutions (Haitian Times, 14 June 2022; FJKL, 14 June 2022). Meanwhile, gang members kidnapped a National Telecommunications Council official and attacked the National Port Authority building, leaving one guard dead. ACLED’s Conflict Change Map first warned of increased violence to come in Haiti in the past month.

In Jamaica, internal conflicts within the One Order gang drove the 500% increase in violence in Saint Catherine parish last week relative to the past month flagged by ACLED’s Subnational Surge Tracker. The tool first warned of increased violence to come in this parish in the past month. In Spanish Town, two One Order gang members were killed and three others were injured in separate clashes, while civilians were targeted in retaliatory attacks, which included the killing of a gang member’s mother. ACLED’s Emerging Actor Tracker flagged the One Order Gang as an emerging actor over the past month and the emergence of three new actors this month in Jamaica; the presence of emerging actors indicates a change in the conflict environment, with civilians often bearing the burden of such new activity.

The increase in violence also sparked demonstrations by residents of Spanish Town, who barricaded roads on 15 June, rejecting the presence of gangs in different communities. Prime Minister Andrew Holness declared on 17 June a state of emergency in the parish for 14 days, enlarging state forces’ power to carry out arrests and security operations (CNW, 14 June 2022).

In Honduras, armed suspects killed a member of the LGBT+ community during a drive-by shooting on 13 June in San Pedro Sula, Cortés department. Representatives of the LGBT+ community claimed that this could be considered a hate crime and demand that authorities investigate the case (Tiempo, 13 June 2022). This is the second consecutive week that ACLED records attacks against members of this community in Córtes department, during LGBT+ Pride Month. Social organizations in Honduras demand law reforms that recognize discriminatory attacks and hate crimes within the penal code, claiming that the great majority of attacks against the LGBT+ community remain unpunished (EFE, 18 May 2022). ACLED’s Conflict Change Map first warned of increased violence to come in Honduras in the past month.

In Puerto Rico, violence against civilians increased last week compared to the week prior, with attacks by armed men resulting in the deaths of five people. Amid the violence, armed men opened fire on a residential area where Cantaño Mayor Julio Alicea Vasallo was attending a municipal activity accompanied by city hall workers. After the shooting, armed men in another vehicle passed by the area showing a threatening message. Authorities have not confirmed whether the threats were addressed to the mayor; the mayor took office in December 2021 with the promise of fighting against corruption after the previous mayor was involved in a corruption scheme (EFE, 11 June 2022). ACLED’s Conflict Change Map first warned of increased violence to come in Puerto Rico in the past month.