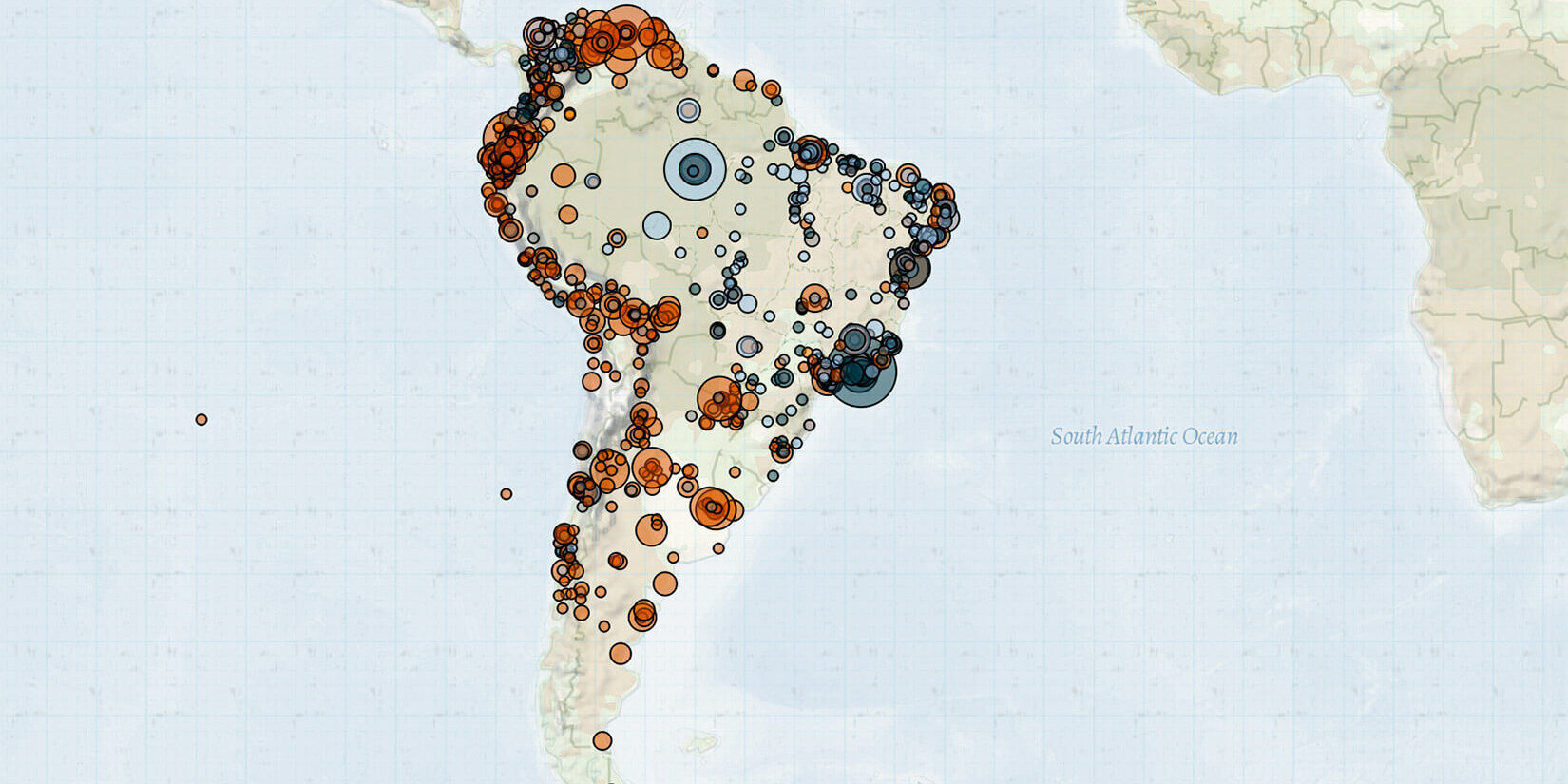 Last week in South America, presidential elections in Colombia elected for the first time a leftist president and former rebel, Gustavo Petro, amid ongoing clashes between state forces and armed groups. In Argentina, truck drivers blocked roads to protest diesel shortages and increasing prices. In Ecuador, nationwide Indigenous protests continued to be held for the second consecutive week to demand a reduction in fuel prices and economic reforms. In Brazil, Indigenous groups protested over a land demarcation ruling by the supreme court. Moreover, an Indigenous group clashed with military police during the enforcement of a repossession of ownership order.

In Colombia, Petro, running for the Historic Pact for Colombia party (PHxC), became the country’s first leftist president when he defeated Rodolfo Hernández in a run-off election on 19 June. Significantly, Petro is also a former rebel fighter from the demobilized M-19 guerrilla, which represents a change in the country’s political landscape where, for decades, leftist insurgency groups have undermined the fortunes of the political left (The New York Times, 19 June 2022). On election day, unidentified shooters killed an electoral witness, who was a member of the PHxC party, as well as a civilian woman on her way to the polling stations to vote. Meanwhile, multiple clashes took place between state forces and armed groups, including a clash between the Jorge Briceño dissident front of the Revolutionary Armed Forces of Colombia (FARC) and state forces in the Caquetá department. One soldier was killed in the clash.

In Argentina, truck drivers began nationwide demonstrations on 22 June to protest diesel shortages and rising prices. The truckers’ blockade of multiple roads coincides with the country’s essential grain harvest, disrupting transportation amid already surging inflation (El Pais, 24 June 2022). Truck drivers’ unions have stated that they will continue the demonstrations for an unspecified amount of time after a lack of response from the national government (Infobae, 27 June 2022).

Likewise, in Ecuador, the Confederation of Indigenous Nationalities of Ecuador (CONAIE) continued nationwide demonstrations last week to demand a reduction in fuel prices and economic reforms amid rising inflation, unemployment, and poverty. The demonstrations, which started on 13 June, remain ongoing in at least 10 of Ecuador’s 24 provinces and have since been joined by students, labor groups, and other supporters. Amid the demonstrations, Indigenous groups overtook control of Tungurahua province’s power plants and government buildings on 23 June. Furthermore, a group of unidentified shooters attacked a military convoy transporting food to Quito on 24 June, killing one Indigenous civilian and injuring 17 military officers. A group also set fire to community police buildings and engaged in clashes with military forces and police on 22 and 23 June. Meanwhile, unidentified perpetrators looted and burned documents in the State Attorney and Comptroller’s offices last week. These violent events contributed to the 300% increase in violence in Ecuador last week relative to the past month flagged by ACLED’s Conflict Change Map, which first warned of increased violence in the country in the past month. In response to the ongoing demonstration movement, President Guillermo Lasso claimed on 24 June that he had exhausted all means of dialogue attempts with Indigenous leaders. He claims that CONAIE intends to overthrow the government, hence why state forces must resort to the progressive use of force during demonstrations (El Comercio, 24 June 2022).

Lastly, in Brazil, Indigenous groups, civil servants, and environmentalists took to the streets to call on the Supreme Federal Court to secure the rights of Indigenous people to their lands and repudiate its ruling on land demarcation. In the same vein, on 24 June, armed Guarani Kaiowa Indigenous people exchanged fire with military police forces during the enforcement of a repossession of ownership order in Amambai municipality, Mato Grosso do Sul state. According to the Indigenous group, the area belonged to an Indigenous reservation and was irregularly occupied by farmers. An Indigenous person was killed and six more were injured, including three police officers. This violence contributes to the 140% increase in violence in Mato Grosso do Sul over the past week relative to the past month, as flagged by ACLED’s Subnational Surge Tracker.