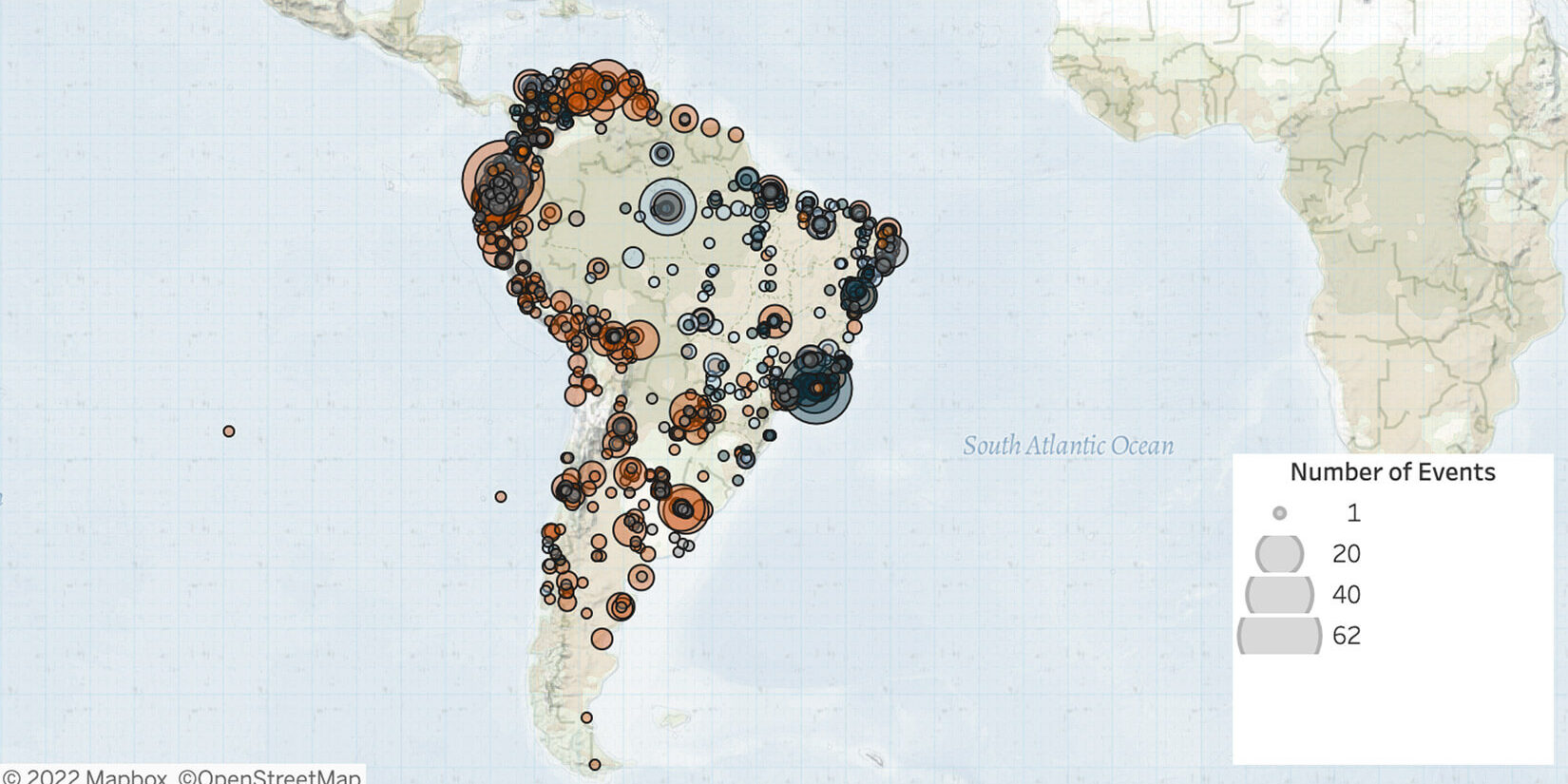 In Ecuador, Indigenous demonstrations came to an end last week after 18 consecutive days. The demonstrations started on 13 June when members of the Confederation of Indigenous Nationalities of Ecuador (CONAIE) called for a march to demand the reduction of fuel prices and economic reforms, and for the government to grapple with rising inflation, unemployment, and poverty. The demonstrations lasted for 18 days in at least 10 of Ecuador’s 24 provinces and were attended by students, labor groups, and other supporters. CONAIE’s leader, Leonidas Iza, agreed to initiate a dialogue with the government to end the demonstrations on 27 June (El País, 28 June 2022). However, violence related to the demonstrations continued. On 28 June, a group of armed people shot at a military convoy carrying 17 diesel tankers from the Shushufindi refinery to the ITT oil bloc, Ecuador’s largest oil field, in Sucumbíos province. One soldier was killed in the attack, and 12 others were injured. Consequently, President Guillermo Lasso said they would not negotiate with people “who hold the country hostage” and, thus, called off the dialogue (El País, 28 June 2022). Subsequently, the national assembly attempted to remove Lasso from office but did not get sufficient votes (Primicias, 28 June 2022). On 30 June, a second dialogue occurred, mediated by the Catholic church, where the government, and Indigenous leaders they signed an agreement to end the demonstrations. The deal foresees a reduction in petrol and diesel prices; sets limits to the expansion of oil exploration areas; and prohibits mining in protected areas, national parks, and water sources (El País, 1 July 2022). This 18-day spat of violence contributed to the 1,547% increase in violence in Ecuador in the past month relative to the past year flagged by ACLED’s Conflict Change Map, which first warned of increased violence to come in the country in the past month.

In Peru, truckers initiated nationwide demonstrations on 27 June and called for an indefinite national strike due to high fuel prices in the country. Transport unions call for the government to reclassify the delivery of goods as a public service and to eliminate fuel tax for regional carriers (La Republica, 25 June 2022). They also demand lower diesel prices and the renegotiation of toll fares (La Republica, 25 June 2022). Demonstrators blocked access to many highways, prompting the state to deploy police and army personnel in an effort to avoid further blockages. The Peruvian government has declared a state of emergency, giving security forces control over the roads amid the protests (Voz de América, 25 June 2022). ACLED’s Conflict Change Map first warned of increased violence to come in Peru in the past month.

Separately, in Colombia, unidentified perpetrators attacked political activists and politicians last week. In the Antioquia department, on 27 June, unknown shooters killed a member of the Pacto Histórico political party, who is also a political and environmental activist, in Granada municipality. This contributes to the 211% increase in violence in Antioquia over the past week relative to the past month, as flagged by ACLED’s Subnational Surge Tracker. Elsewhere, in the Arauca department, Congressman Carlos Alberto Hernández, a member of the Liberal Party, was killed by gunmen in Fortul municipality. Although no details about the killing have been reported, the National Liberation Army (ELN), the 10th dissident’s front of the Revolutionary Armed Forces of Colombia (FARC) (also known as Martin Villa 10th front), and local gangs are all active in the territory. ACLED’s Subnational Surge Tracker first warned of increased violence to come in Arauca in the past month.

In Brazil, violence continued unabated in Pará state last week. Several targeted attacks against civilians and armed clashes between organized crime groups and military police across the state resulted in at least 13 reported fatalities. ACLED’s Subnational Threat Tracker first warned of increased violence to come in Pará in the past month.