Fighting continued last week in eastern and southern Ukraine. Clashes in the Donetsk region account for almost half of all violence recorded in the country during the week. Russian forces continued to try to encircle Lysychansk, the last large city in the Luhansk region under Ukrainian control, prompting heavy fighting. In the Black Sea, following several successful attacks by Ukrainian forces, Russian forces retreated from Zmiinyi Island (Snake Island), which had been under Russian control since the beginning of the full-scale invasion.

Meanwhile, Russian forces continued to target civilians with shelling, airstrikes, and missile attacks last week. On 27 June, a Russian missile hit a shopping mall with around 1,000 people inside in Kremenchuk in the Poltava region. The attack killed at least 20 people, with many more still missing (RFE/RL, 30 June 2022). Additionally, at least 50 more civilians were killed by Russian forces in multiple cities across the country, including Kharkiv, Lysychansk, Mykolaiv, and Kyiv. 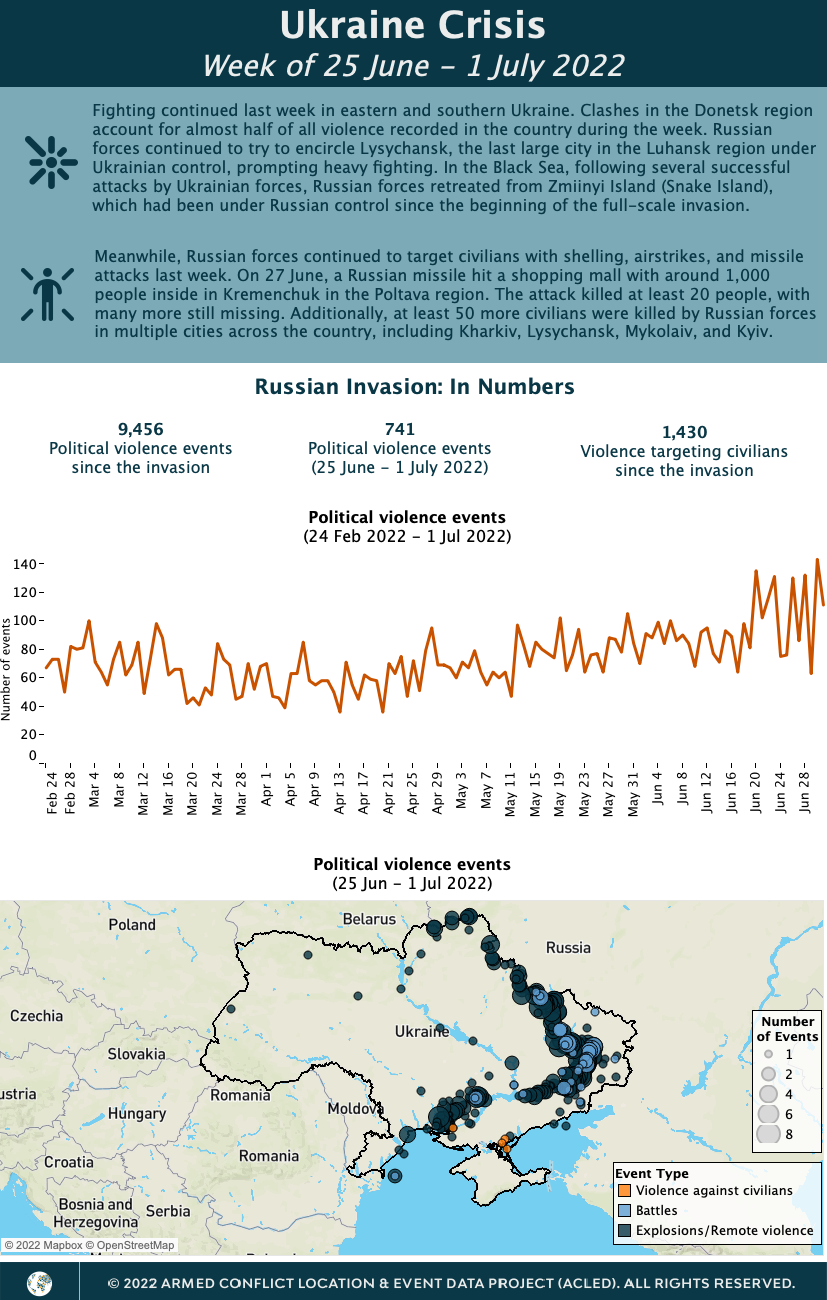