A series of attacks targeting churches as well as Catholic and Protestant leaders has raised concerns about escalating violence against the Christian community in Nigeria. Dozens of Christians were killed in early June in Ondo State shortly after the high-profile abductions of Methodist church leaders in Abia state and Catholic priests in Katsina state. ACLED data show that the number of incidents of violence targeting Christians in relation to their religious identity in Nigeria increased by 21% in 2021 compared to 2020. The average number of monthly incidents of violence targeting Christians has risen over 25% since 2021.2This fact sheet analyzes data for the period of 1 January 2020 to 30 June 2022. Some trends also point to the potential expansion of Islamist violence into southern states with a higher Christian population, such as a recent uptick in clashes with police and explosive detonations in Kabba, Kogi state.

At the same time, ACLED data suggest that the surge in attacks targeting Christians is part of a wider spike in political violence — including an overall rise in violence against civilians, specifically — across the country. Total political violence in Nigeria increased by 19% from 2020 to 2021, and political violence levels have remained heightened so far in 2022. Christians are not the most frequently targeted identity group in Nigeria, with a higher rate of attacks targeting groups based on gender and ethnicity as well as profession and government affiliation. Attacks targeting civilian communities, irrespective of religious affiliation, increased by 28% in 2021 relative to 2020, and this trend has also continued into 2022.

Nigeria continues to confront multiple security issues around the country, including worsening instability in the northern and southern states. One of the country’s leading security challenges is posed by militia activity, also referred to as ‘banditry.’ Militia violence accounted for nearly a third of all organized political violence events recorded by ACLED in Nigeria last year. In the northwest and north-central regions3The northwest region includes Jigawa, Kaduna, Kano, Katsina, Kebbi, Sokoto, and Zamfara states while the north-central region, also called the Middle Belt, includes Benue, Kogi, Kwara, Nasarawa, Niger, Plateau, and the Federal Capital Territory. it increased by 50% compared to 2020, with 30% of all militia activity concentrated in Kaduna state (for more, see ACLED’s special report: 10 Conflicts to Worry About in 2022). As of June 2022, average monthly violent events targeting Christians in these states also rose by 50% compared to 2020, proportional to organized political violence as a whole. Violence targeting Christians makes up around 3% of average monthly organized political violence events in the northwest and north-central regions since 2020. Likewise, attacks targeting Christians have been geographically concentrated in Kaduna state, alongside the bulk of overall militia activity. Competition between and within armed groups often results in violence against vulnerable populations, including Christian minority communities in the northern states.

While the Boko Haram insurgency has been traditionally concentrated in the northeast, particularly in Borno state, ACLED data indicate that Islamist militants are expanding operations and shifting closer to the Federal Capital Territory. So far, Islamist militant violence targeting Christians outside Borno has remained constant and relatively limited, at two reported events per year in 2020 and 2021, as well as the first half of 2022. However, there is potential for the threat of violence to escalate as militant groups continue to move south into new areas with large Christian populations. 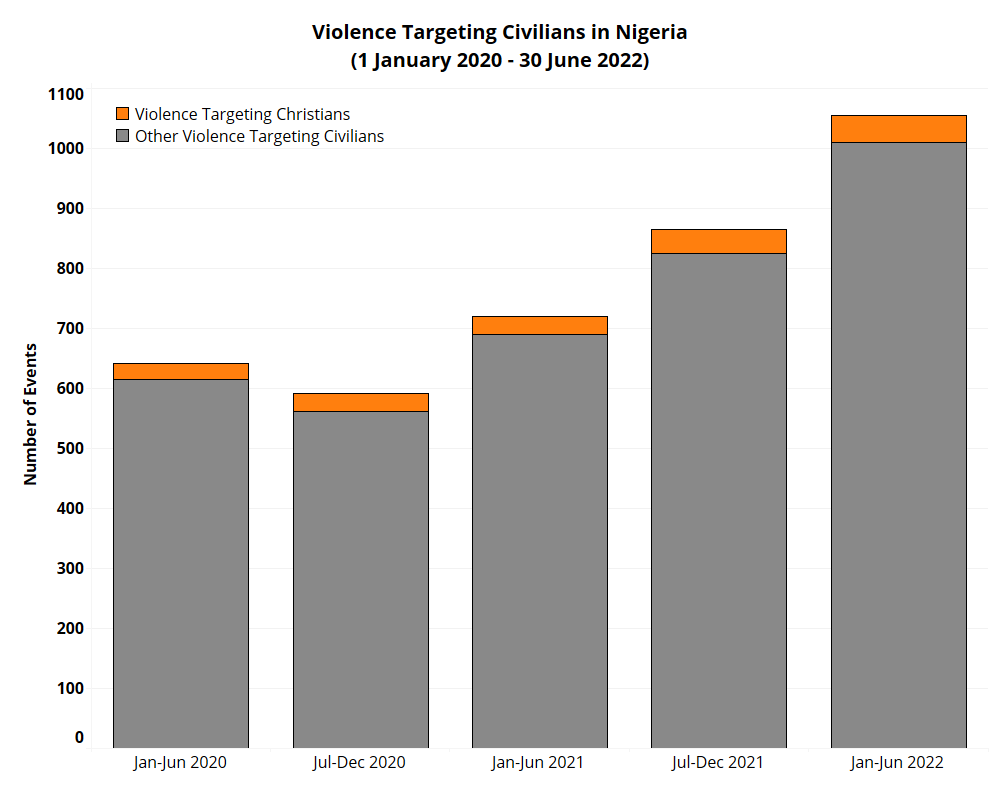 Both international media and southern Nigerian media frequently frame the violence in the north and the Middle Belt area as religious conflicts between Islamist groups and Muslim ethnoreligious communities, on one side, and Christian ethnoreligious communities on the other. Within this framework, the conflict is portrayed as primarily arising from religious tensions or divisions. Analysis of ACLED data indicates that this is an oversimplification: for example, violence in the northwest spans a range of identities, livelihoods, and territorial divides, and is perpetrated by multiple communal and political militias. A deeper look at the country’s complex political violence landscape is required to develop effective policies aimed at mitigating the growing threat to vulnerable communities as the overall security situation continues to deteriorate throughout Nigeria. 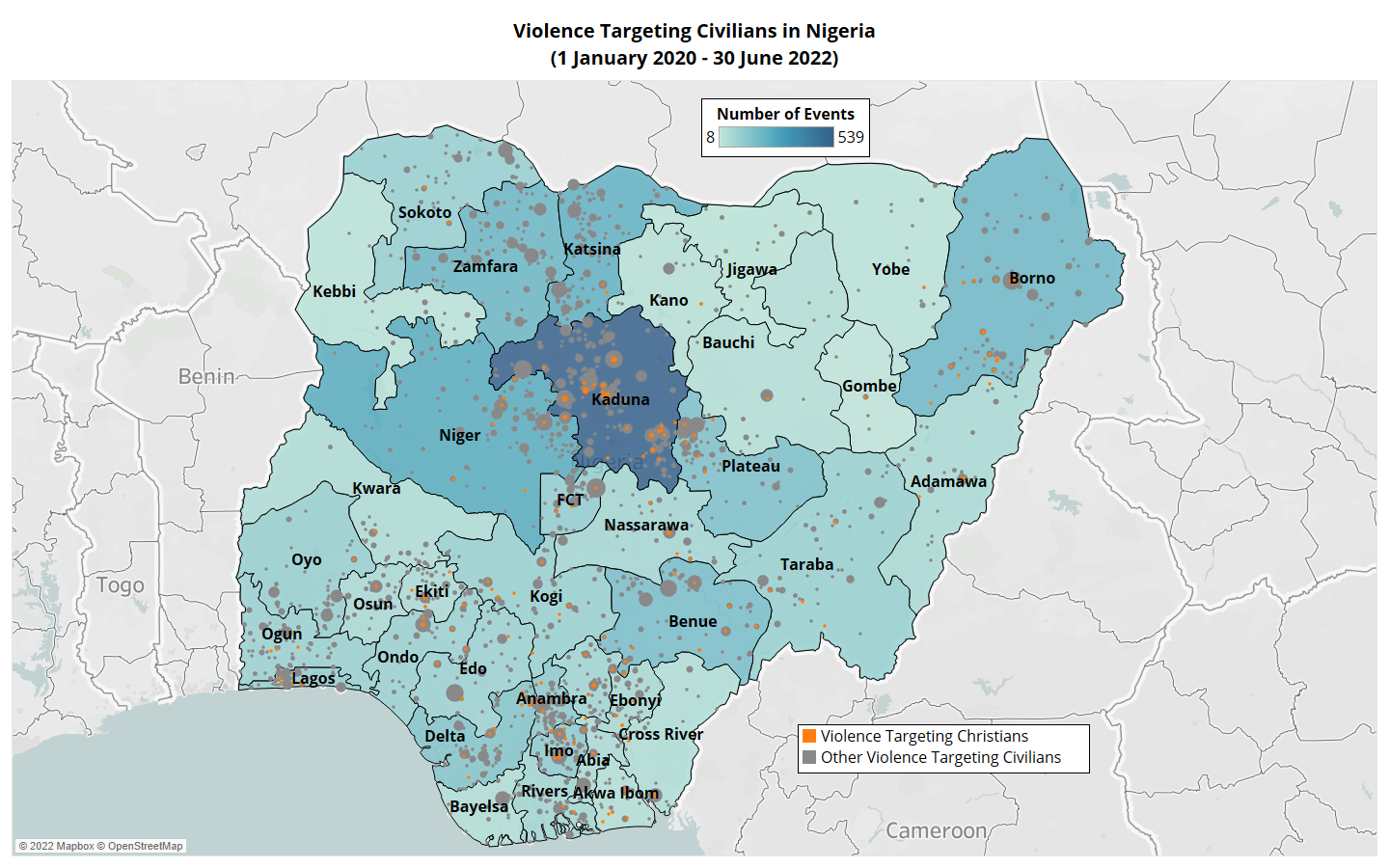