On 22 July, Ukraine and Russia signed a deal brokered by the United Nations and Turkey aimed at resuming shipments of Ukrainian grain and mitigating the global food crisis. The agreement includes security assurances from Russia and Ukraine to ensure the safe passage of commercial ships from Odesa, Chornomorsk, and Yuzhny ports (Washington Post, 22 July 2022). Less than 24 hours after signing the deal, Russian forces struck Odesa’s port with two missiles, while two others were shot down by Ukrainian forces (Washington Post, 23 July 2022).1 ACLED data are currently updated as of 22 July 2022; this event will be included in next week’s data release. 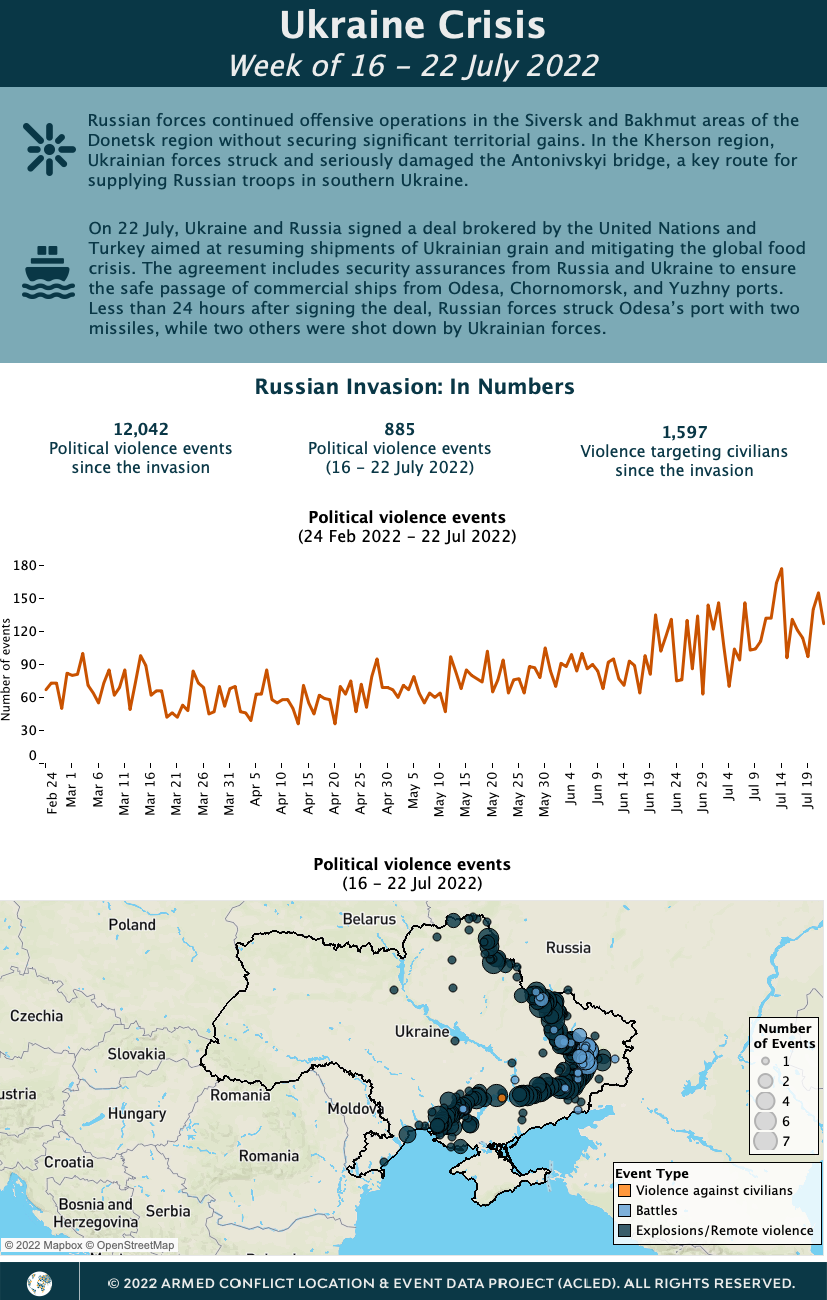