Violence targeting civilians in Papua New Guinea rose in the lead-up to and during the campaign, voting, and vote counting periods for the country’s recent national elections. When voting began on 4 July, mob violence at polling stations became deadly amid allegations of voter fraud, missing ballots, and disputed counting. With a decentralized political system that contributes to clientelism, long-standing communal and clan conflicts also reignited during the elections. 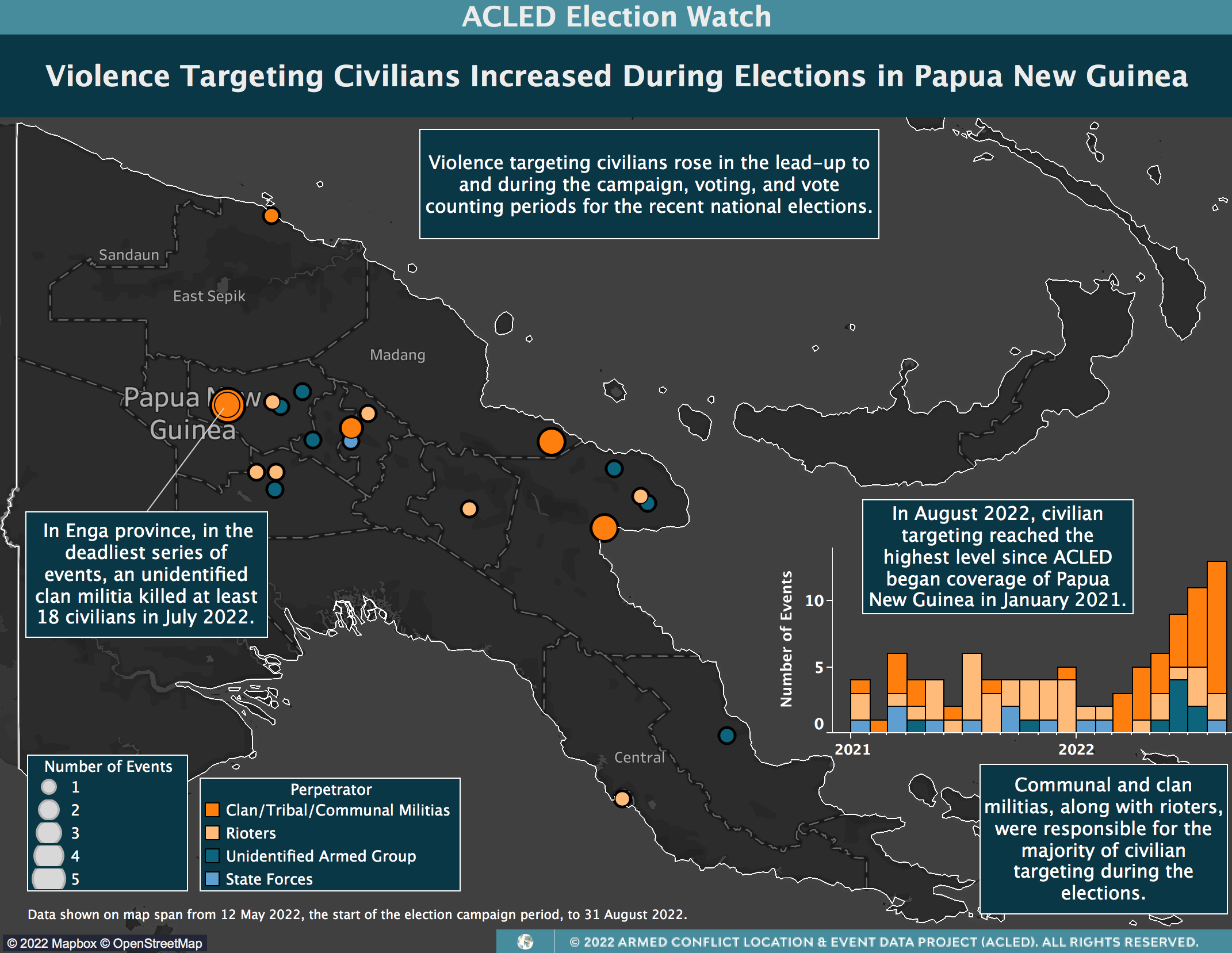