Kenyan Violence Patterns: Past and Present 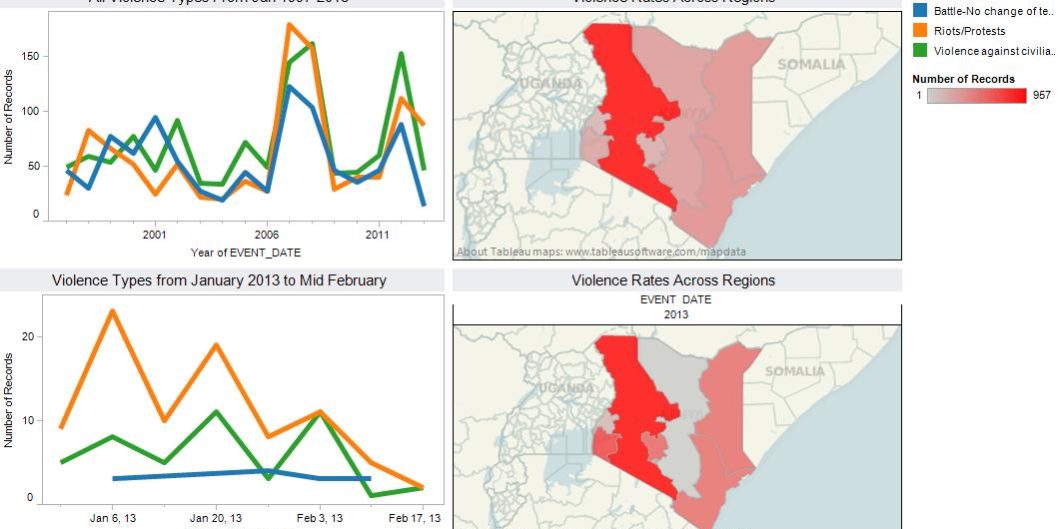 This graph is a review of the 1997-2012 violence patterns juxtaposed with January-February 2013 violence patterns and locations. In it, we see that violence patterns have intensified considerably in the first part of this year, although not all directly attributable to the upcoming election. There is little doubt about the geography of violence- throughout the Rift and NW, violence is widespread and perpetual, and that pattern continues even into the first two months of this year. As much of the election related violence has been over candidate selection (especially for governor), this explains the contentious politics in this particular area, coupled with the typical high rates of communal conflict amongst pastoral groups during the earlier months of the year.
http://public.tableausoftware.com/views/KenyatoMidFeb/Dashboard1?:embed=y