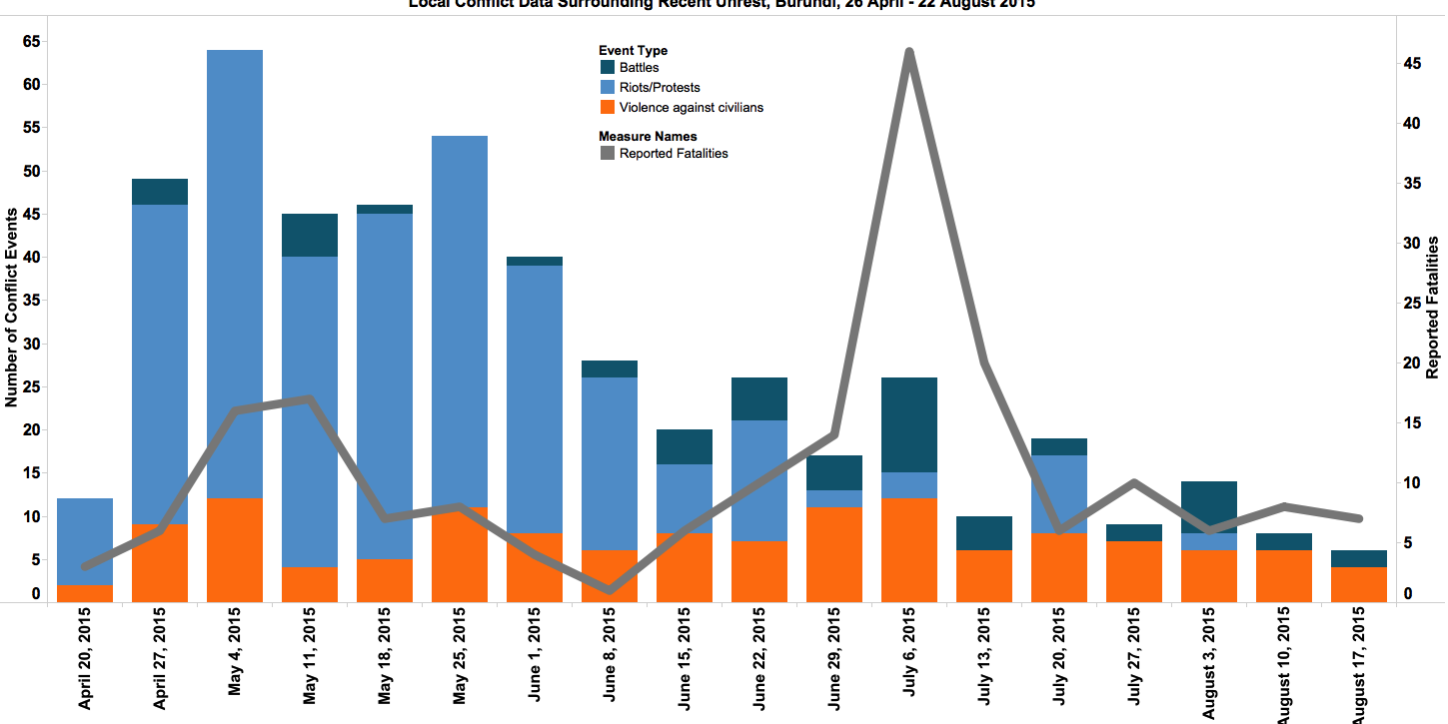 ACLED has released a new update of the recent unrest in Burundi. This tenth update covering the events from 26 April to 22 August 2015 can be found here. These real-time data draw primarily on crowd-sourced information available from 2015Burundi as well as from ACLED’s weekly real-time conflict data release.
Violence in Burundi appears to have stabilized to a degree relative to the first weeks of unrest. In August, there have been on average over 8 violent events per week, compared to May – the most active period – during which nearly 43 events were reported per week. However, while the number of conflict events has decreased significantly, the number of fatalities has not. There have been, on average, 9 fatalities reported per week since the presidential election (21 July 2015), which is similar to reports observed in May when, on average, over 8 fatalities were reported per week.
Geographically, there has been a containment of the violence. Last week, events mainly occurred within Musaga, a neighbourhood in Bujumbura. Since the beginning of the unrest in Burundi, Musaga – as well as the Cibitoke and Nyakabiga neighbourhoods – have been the most active, experiencing nearly 20% of all violent events in Burundi during the time period (26 April – 22 August 2015). However, in recent weeks, Musaga and Cibitoke seem to be the centres of violence – experiencing nearly of third of all violent events in August – while Nyakabiga has seen fewer conflict events in recent weeks.
For more on Burundi local data coverage and analysis, see the prior posts on this topic.