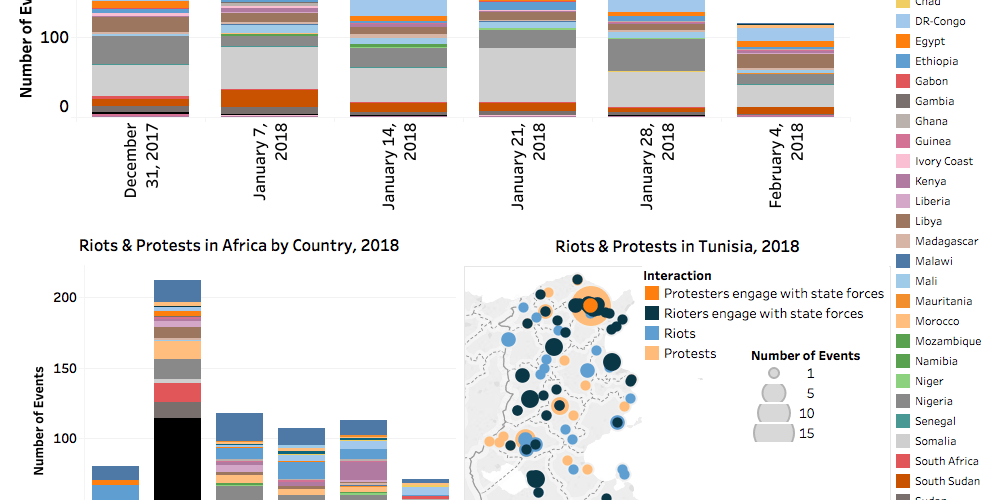 Conflict and protest across Africa dropped slightly from the 4th-10th of February, compared to the previous week. This drop-off in activity is largely owing to a downward trend in protest, which declined from the previous week; and fewer attacks by Imbonerakure in Burundi over the last two weeks. Particularly noteworthy is the reduction in anti-austerity protests in Tunisia following a widespread crackdown by the government. Fatalities were at much lower levels compared to last week, consistent with a reduction in civilian attacks by Fulani herders and the announcement by the Nigerian government that Boko Haram had been defeated on the 5 February.

In North Africa, the Egyptian Armed Forces launched a new security campaign on 9th February called ‘Operation Sinai 2018’ to take on the Islamic State in the Sinai Peninsula but also to secure the border to Libya in the Western Desert. The launch involved the closure of the border to Gaza, several closures of roads leading to Al-Arish, shut-down of schools, increased alertness of the coastal guards and increased medical provision. While civilians cited fears of supply shortfalls, the full intensity of the counter-insurgency is yet to rear its head. Clashes between Tebu and Awlad Suleiman militias escalated in the southern Libyan city of Sebha and hostilities between Libya National Army (LNA) forces and Shura Council of Mujahidin in Derna (MSCD) intensified in the east.

Guinea is experiencing political turbulences and unrest following the country’s long-delayed local elections: opposition groups cite fraud and vote rigging. The most significant trend of the past few weeks has seen violence escalating in Anglophone regions of Cameroon: following heavy repression of the independence protest movement in October 2017, protests are being replaced by organised armed clashes between security forces and secessionists which are reaching new heights. The deployment of hundreds of soldiers and heavy weaponry in the North-West region is particularly worrisome as for a further recrudescence of violence of the secessionist issue. 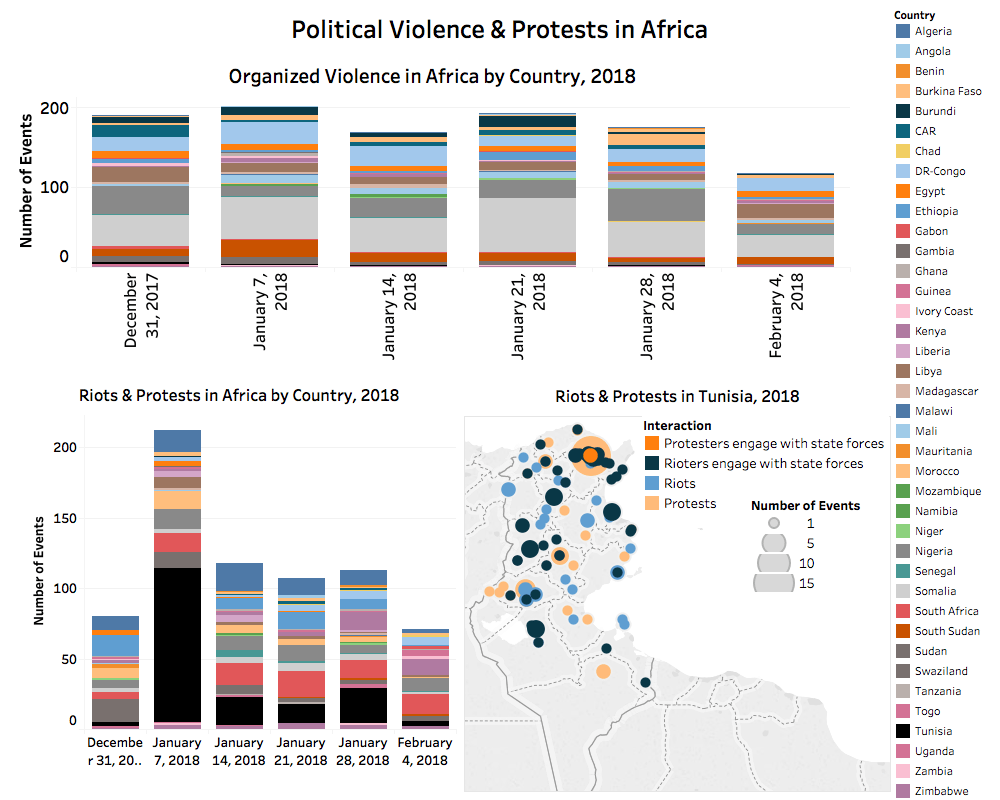