Mali – the “de-regionalization” of armed rebellion 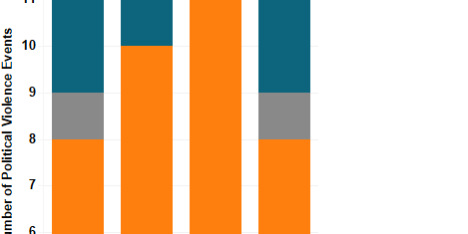 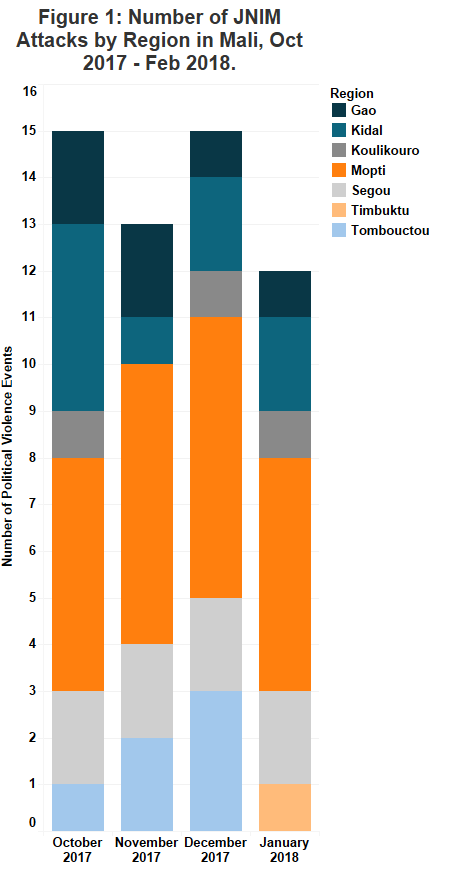 Since October 2017, attacks by the Group for Support of Islam and Muslims (JNIM) on military and civilian targets increased. JNIM has officially claimed roughly twelve operations per month since that period. In the preceding six months (from March-September 2017), JNIM’s focus shifted south, especially to the Mopti region, while the number of violent events in the northern Kidal region substantially fell.

Two dynamics of conflict are evident. First, the “de-regionalization” of the Malian conflict is a trend in progress: the armed rebellions in the north, or the “Malian affair”, have gradually unfolded into a “national” affair since 2016; the central regions (Mopti and Segou) are presently the hotbed of violence (ICG, 6 July, 2016). Second, vis-à-vis 2016 and the first nine months of 2017, activities of former rebel movements (CMA- and Platform-related groups) and self-defense groups are limited.

Therefore, the geographic shift towards the south, and the more significant military role acquired by JNIM compared to the signatory actors of the Algiers Accord, question the very basis of the internationally-supported peace process. Further, questions about the future of Malian president Ibrahim Boubacar Keïta, whose electoral victory heavily relied on the security and peace issues, continue. The presidential election during July-August 2018 is looked upon with increasing concern and uncertainty, because of the failure of the Malian government to enforce the Algiers Accord, the worsening security crisis and the persistent allegations of political elites’ corruption and fraud.