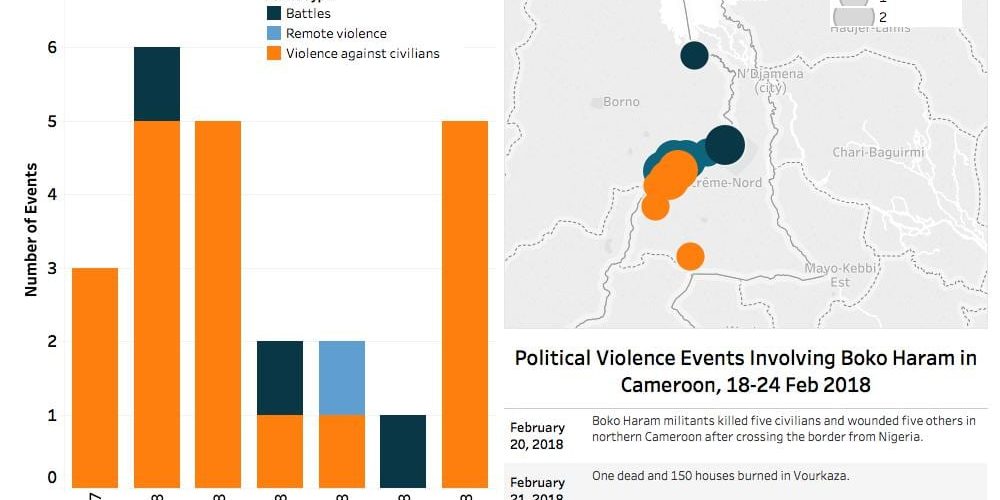 There was an increase in attacks by Boko Haram in northern Cameroon (Extreme-Nord region) in the week of 18-24 February, as five attacks perpetrated against civilians caused seventeen deaths. Last week’s events are consistent with a trend from 7-13 January and 14-20 January, which experienced high levels of violence against civilians.  Boko Haram activities slightly dropped in-between.

The geographical distribution of attacks is stable as the bordering district of Mayo Moskota (Mayo-Tsanaga) and Kolofata (Mayo-Sava) are targeted the most. Both districts are located along the Nigerian border. In the last two weeks, no military action against Boko Haram was undertaken by the Cameroonian army. The last recorded clash with the military was reported on 11 February in which one Boko Haram militant was killed.

A decrease in Boko Haram suicide attacks since December 2017 is coupled with a greater recourse to pillage-orientated “hit-and-run” operations, targeting properties and livestock. Cameroon is possibly representing a supply base for conflict in Nigeria. The incidence of suicide attacks in bordering Nigerian regions like Adamawa and Borno remains a constant threat.

The further escalation of tensions in Anglophone regions represents another factor likely to account for the increase in Boko Haram’s attacks and the weak reaction by security forces. The Cameroonian government is currently preoccupied with tackling the Ambazonia Separatists’ military actions against security forces, rather than the Boko Haram insurgency and violence against civilians. Boko Haram is taking advantage of this crisis. 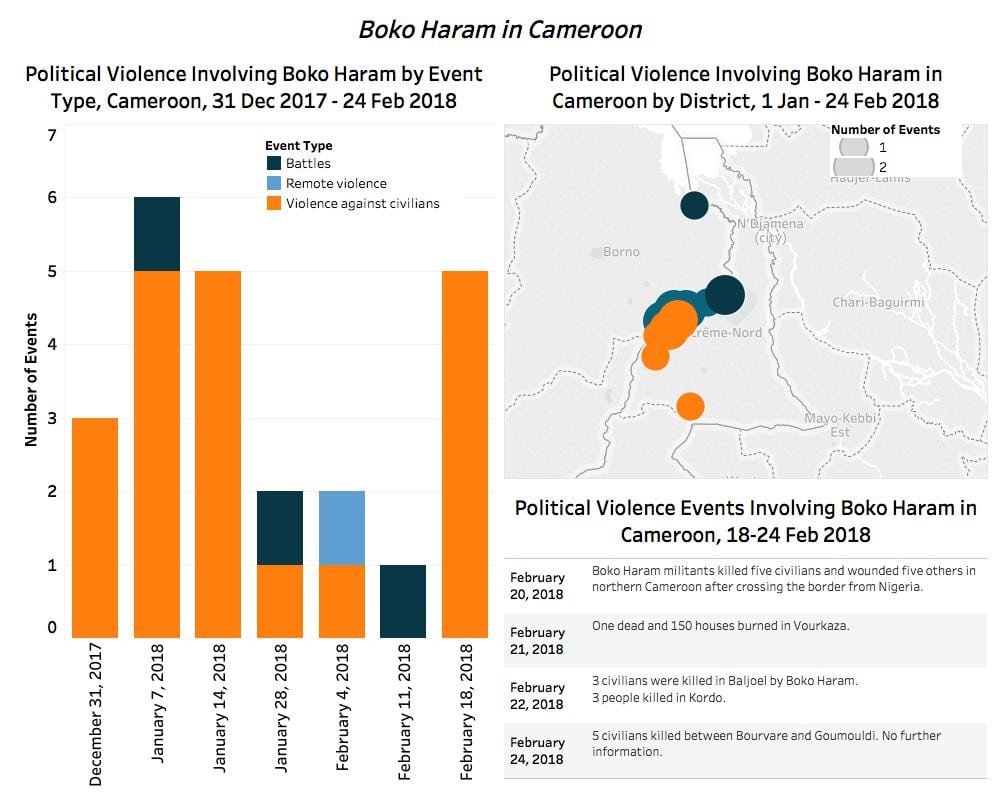