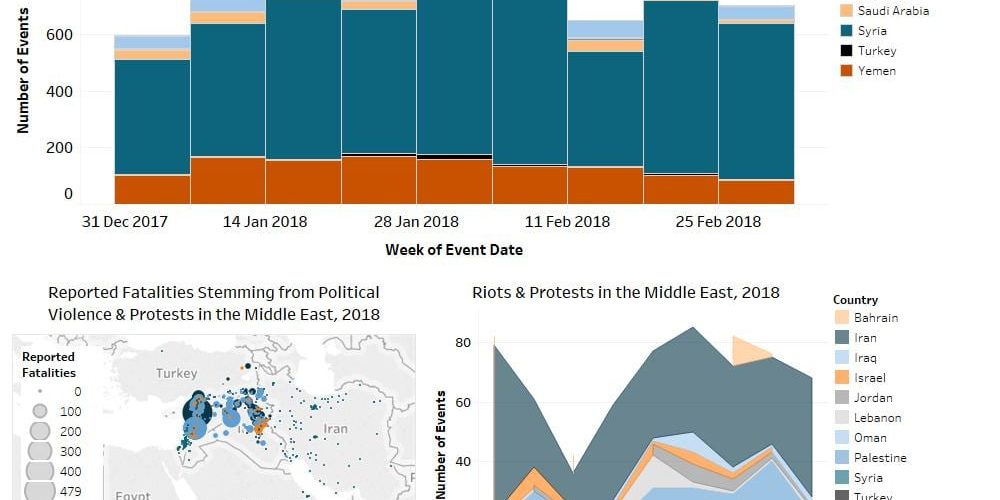 Largely static levels of events and reported fatalities were recorded in the Middle East this week outside of Iraq, Syria, and Yemen; both state and non-state groups made gains in different areas.

In Iraq, there were almost twice as many battles as the previous week, with almost all of them involving IS. These events ended up representing roughly 75% of all reported fatalities in the country over the past week. In Syria, government forces continue to advance in Eastern Ghouta and claim to have captured as much as 25% of the rebel enclave (The National, March 4, 2018). Elsewhere in the country, there were significant withdrawals by the Islamist rebel group Hayat Tahrir Al-Sham (HTS) from parts of Aleppo, Hama, and Idleb governorates due to pressure from the recently-formed Syrian Liberation Front (JTS), a coalition of rival Islamist groups. In the Afrin region of Syria, Turkish forces renewed their advances towards Afrin city after having captured the entire border region. Meanwhile, in Yemen, pro-Hadi forces continue their advances, moving towards the city of Jarrahi. They also secured the road leading into al-Jawf province and fought in Arhab district for the first time this year.

Outside of these contexts, the numbers of events and reported fatalities have not changed very much from those in prior weeks. Iran is a country to watch with protests continuing as Norooz, the Iranian New Year, approaches; the holiday could be a catalyst for renewed demonstrations. In Lebanon, a slight rise in the number of events in Ein al-Hilweh, the largest Palestinian refugee camp in the country, including several grenade attacks, could point towards growing violence in the camp. On the other hand, there was a dramatic decrease in fatalities this week in Turkey compared to last week, alongside a decrease in the number of battles between militants and security forces. 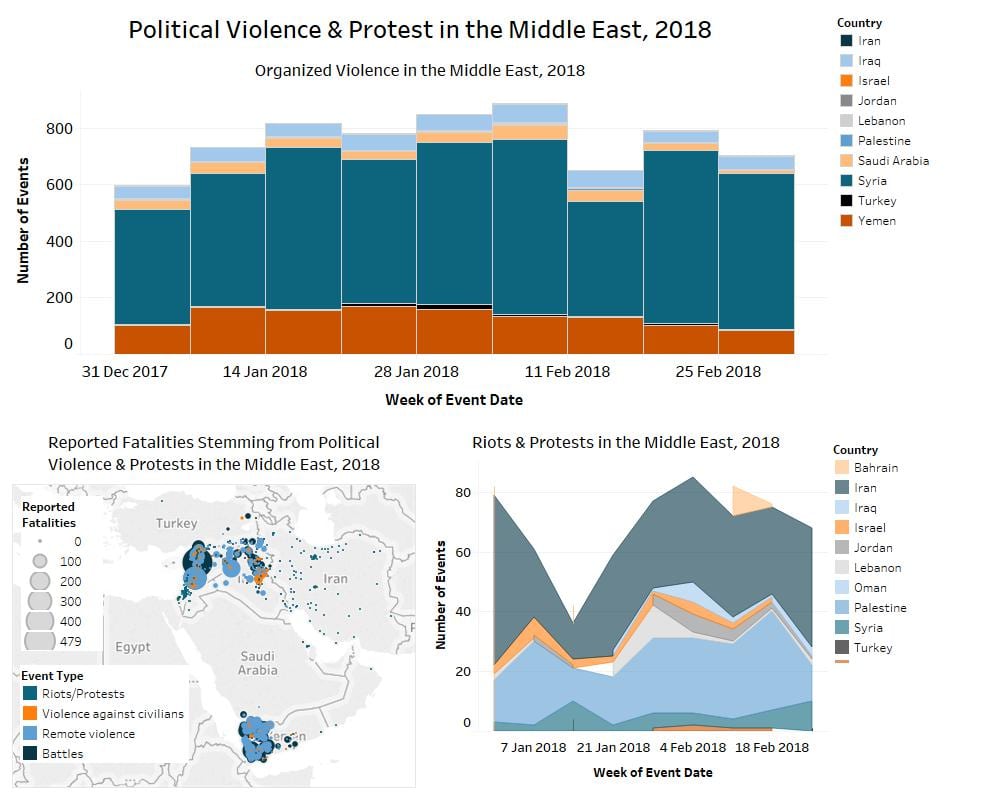