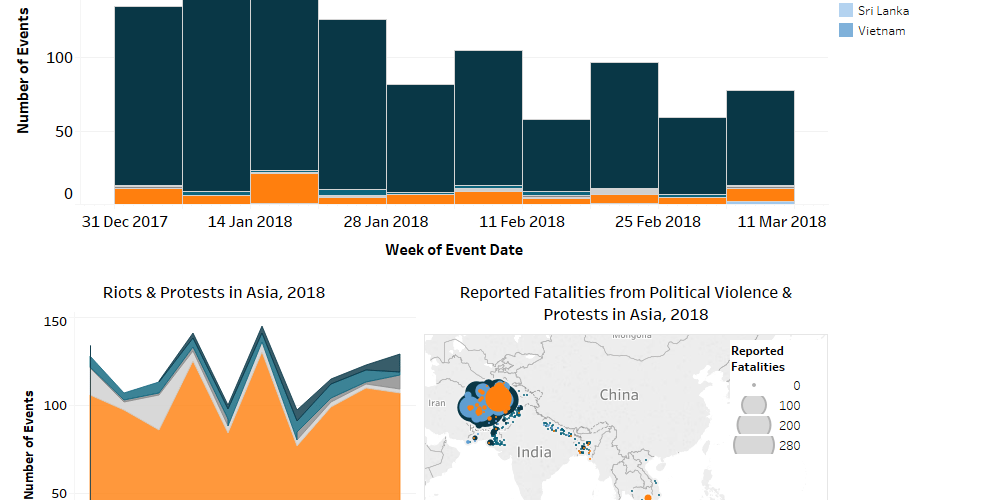 Rising numbers of political violence and protest events as well as fatalities were reported in South and Southeast Asian countries over the course of the last week compared to the previous week.

In Sri Lanka, anti-Muslim riots broke out in Kandy district following renewed tension between the Buddhist Sinhalese majority and the Muslim minority in the country, leaving three people dead. The Sri Lankan government has declared a state of emergency for the first time since the end of the civil war (CNN, 8 March 2018) to curtail violence in the affected region.

There was also an increase in communal tensions in Afghanistan and neighboring Pakistan with reports of sectarian attacks on members of the Hazara ethnic group – who are predominantly Shiite Muslim – this past week. The largest of such events was the Islamic State suicide bombing of a Hazara gathering in Kabul on March 9 which killed at least 10 people. Other incidents include the killing of a Hazara man in Quetta, Pakistan on March 4 and the killing of a police officer who was guarding Hazara fruit sellers in the same city three days later.

Besides these contexts, social activists carried out several protests in connection with International Women’s Day in Indonesia. Meanwhile, protest movements in Nepal and Bangladesh calmed down leading to a drop in reported events. 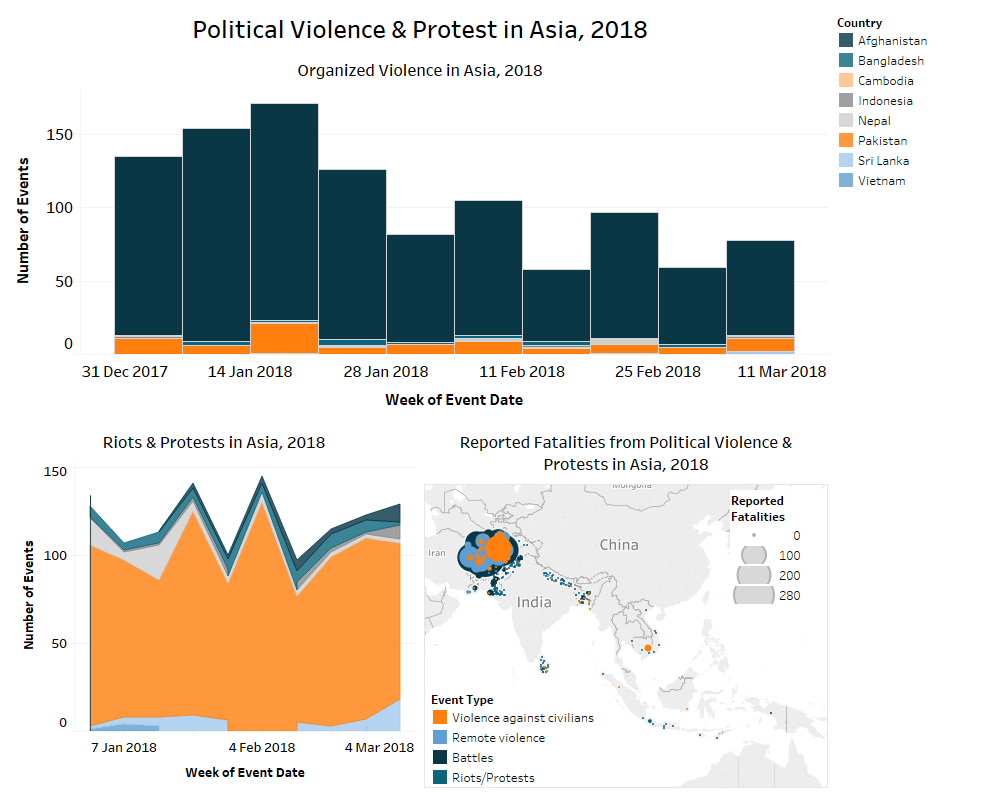