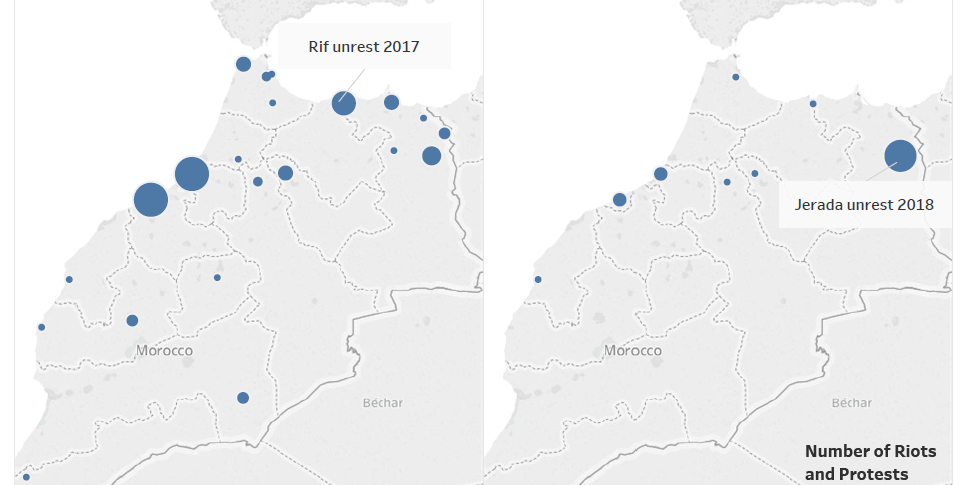 Jerada, the remote Moroccan mining city, remains the only active hotspot of protests in Morocco and is currently witnessing a period of high intensity. From the map (Figure 1) showing riots and protests in Morocco in 2017 and 2018, it can be seen that there is significantly more activity in Jerada than any other city in Morocco this year. Moreover, there have been almost as many events in two and a half months in Jerada as there were in twelve months in Casablanca and Rabat (urban centres, which traditionally have the highest levels of protests).

On 13th March the Ministry of Interior issued a ban on protests without prior authorisation. However, the protests in Jerada continued to escalate. Last week there were intense protests to condemn the arrest of two protest movement leaders on Saturday, 10th March. Several sit-ins were organised, most of which resulted in clashes with the police. Both the protesters and policemen were injured. This Sunday, protests and riots escalated further. The protesters in Jerada are responding to proposals put forward by Prime Minister Othmani on a visit to Oujda in February. The inhabitants are calling for better mining safety regulations and improved general infrastructure and economic alternatives.

The movement in Jerada is being compared to the Hirak protest movement in the neighbouring Rif region. The Rif protests were quashed in June 2017, when police arrested the leaders of the Hirak movement. Although the police have arrested some of the Jerada leaders, there has not yet been a substantial response from the government.  As can be seen from the map (Figure 1), there have already been higher levels of unrest in Jerada than there were in Rif during the Hirak protest movement of 2017. 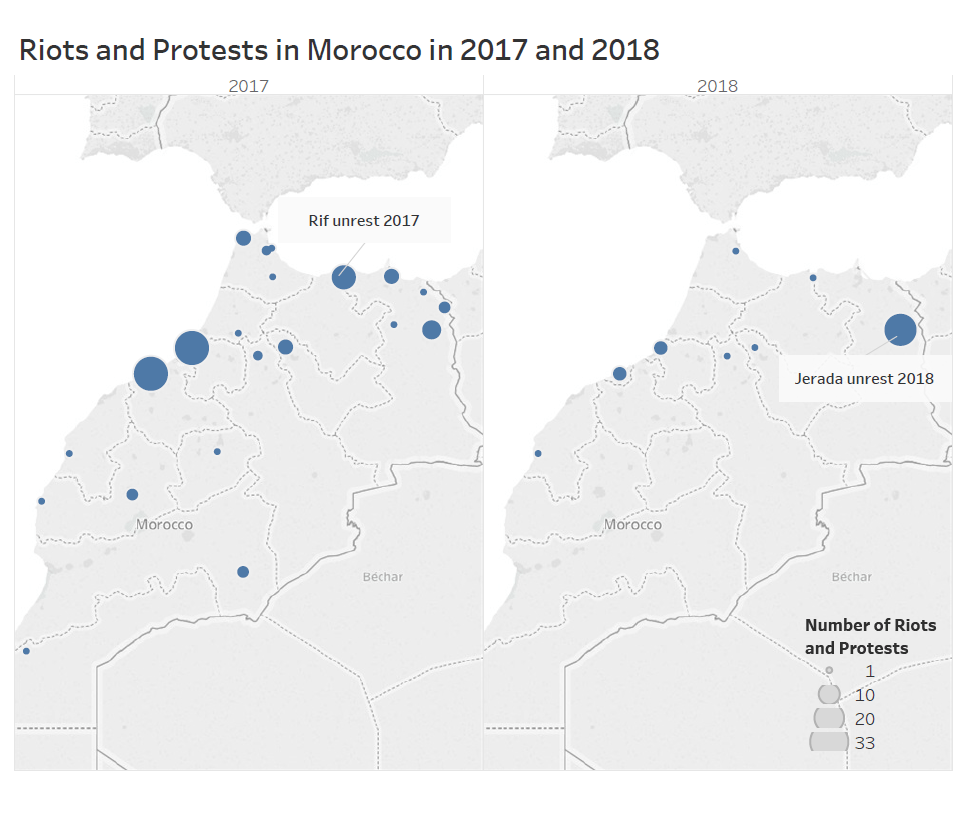