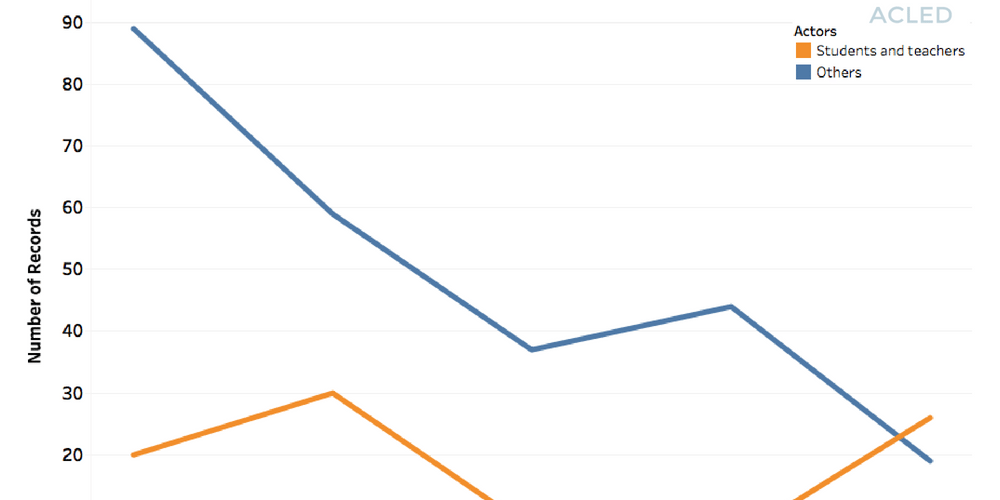 The killing of a student in Saint-Louis by the Senegalese police on 15 May triggered nation-wide protests against the security forces and the government. The student was killed during a demonstration protesting the government’s failure to pay student grants, the latest in a series of education-related strikes and protests this year.
The teacher strikes over economic indemnities began in January (APA News, 12 January 2018), and lasted until May (RFI, 1 May 2018). These four months of intermittent teacher strikes hindered exam preparation, which triggered student demonstrations. There was also a rise in student demonstrations calling for the government to pay student grants (VOA, 18 January 2018).
Education funding is a critical issue in Senegal. With the exception of 2017, when the parliamentary elections diverted attention away from the problems with the education sector, protests driven by education funding issues make up a significant percentage of protests in Senegal (see Figure 1). In 2014, one third of protests in Senegal were focused on education sector issues, and this figure rose in 2015. In 2016 and 2017, education protests were mostly replaced by protests focusing on the parliamentary election. However, there has been a sharp increase in education protests this year, and education-driven protests now outnumber other protests in Senegal.
The impact of the increasing strain within the education sector is heightened by the shrinking labour markets, weak public sector recruiting, and reorientation of government spending towards the security sector. The education sector protests are particularly noteworthy because they reflect the growing dissatisfaction about the lack of generational turnover in Senegal. This is an issue which is increasingly becoming a driver in West African protests. 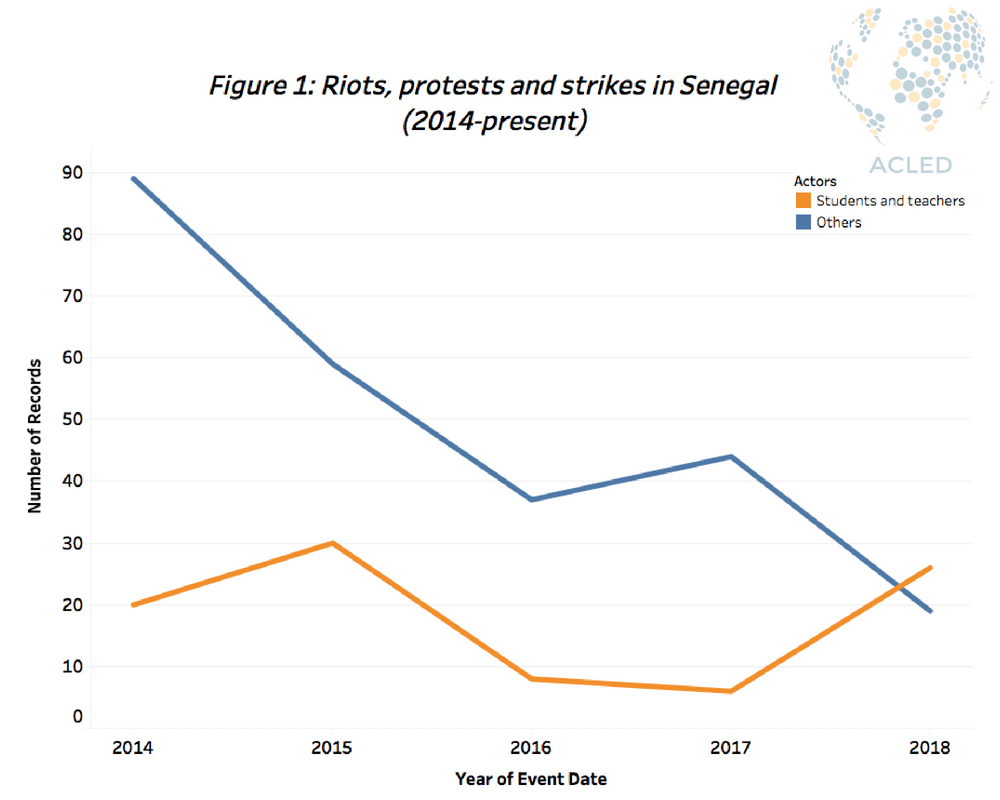