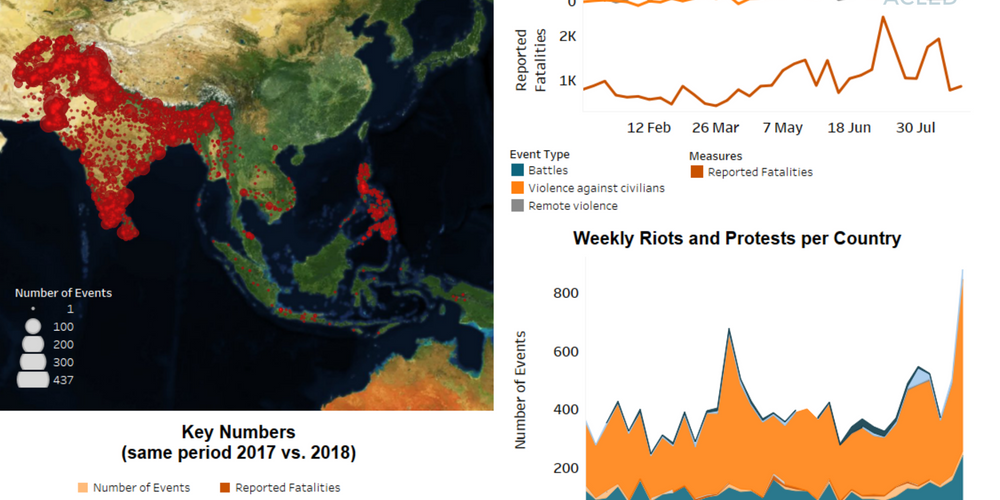 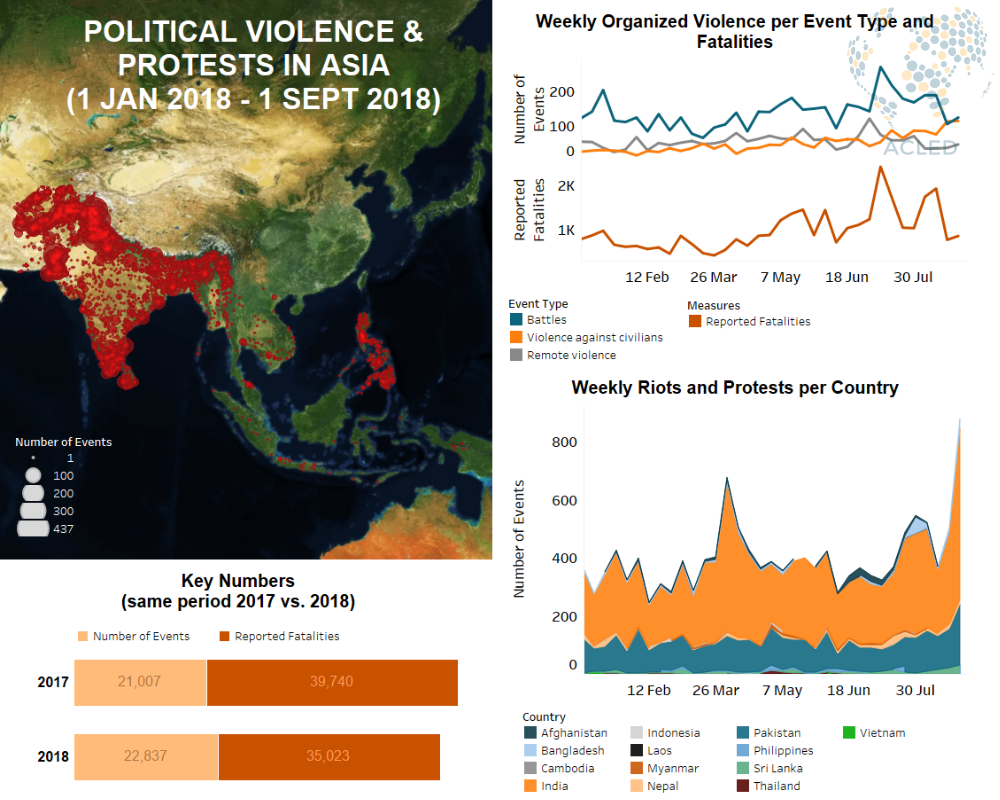 [1] The founder of the Haqqani Network was reported to have died on 4 September. Coverage of this notable event and details will be covered in next week’s data release. As such, any impacts of the event on conflict patterns will be explored in next week’s regional overview piece.