Public demonstrations against the Bouteflika regime have continued in June, despite the former president stepping down from his position as President on April 2nd of this year. Demonstrators have continued to protest against ‘le pouvoir,’ a term used to refer to elites in the military, politics, and business who have exercised power since independence in 1962. The recent decision to cancel the elections originally scheduled for July 4th is a mixed message from and for demonstrators. On the one hand, demonstrators do not trust le pouvoir to organize free and fair elections and the delay may allow for the sort of political reforms they have called for; on the other hand, the delay prolongs the current configuration of power, which they also find unacceptable (Al Monitor, June 10, 2019).

Demonstration events in Algeria surged in mid-February 2019, following Bouteflika announced his intention to run for a fifth term. As demonstrated below, there were weeks of sustained high levels of public demonstrations before Bouteflika stepped down from his position on April 2nd, 2019. 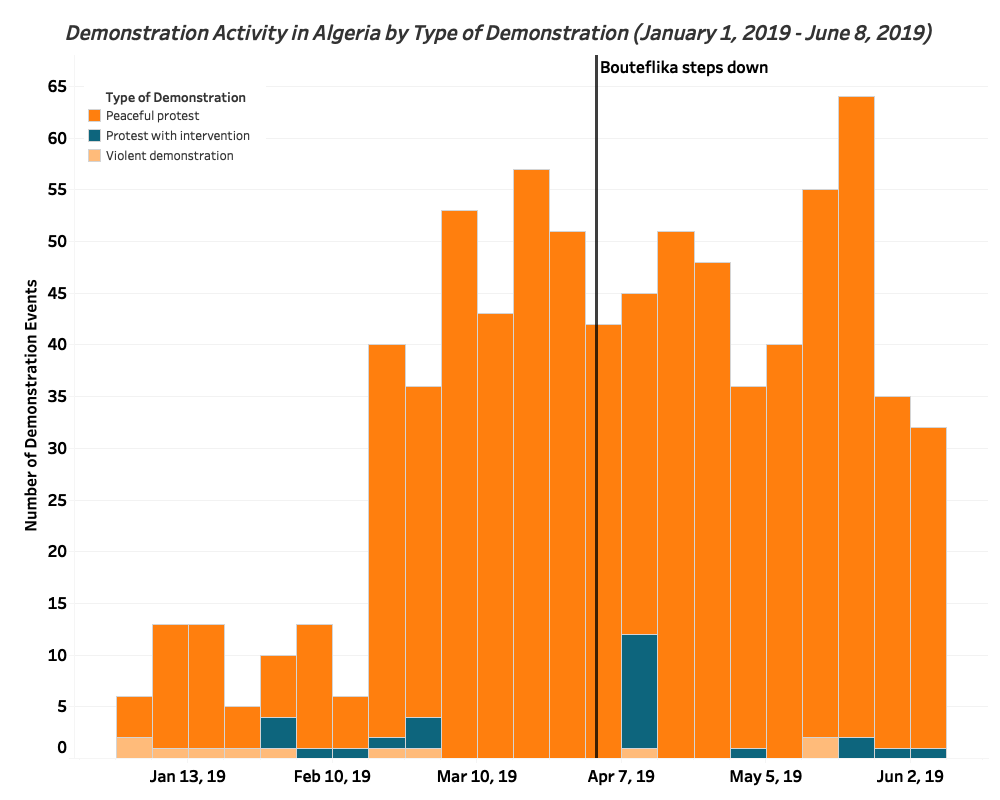 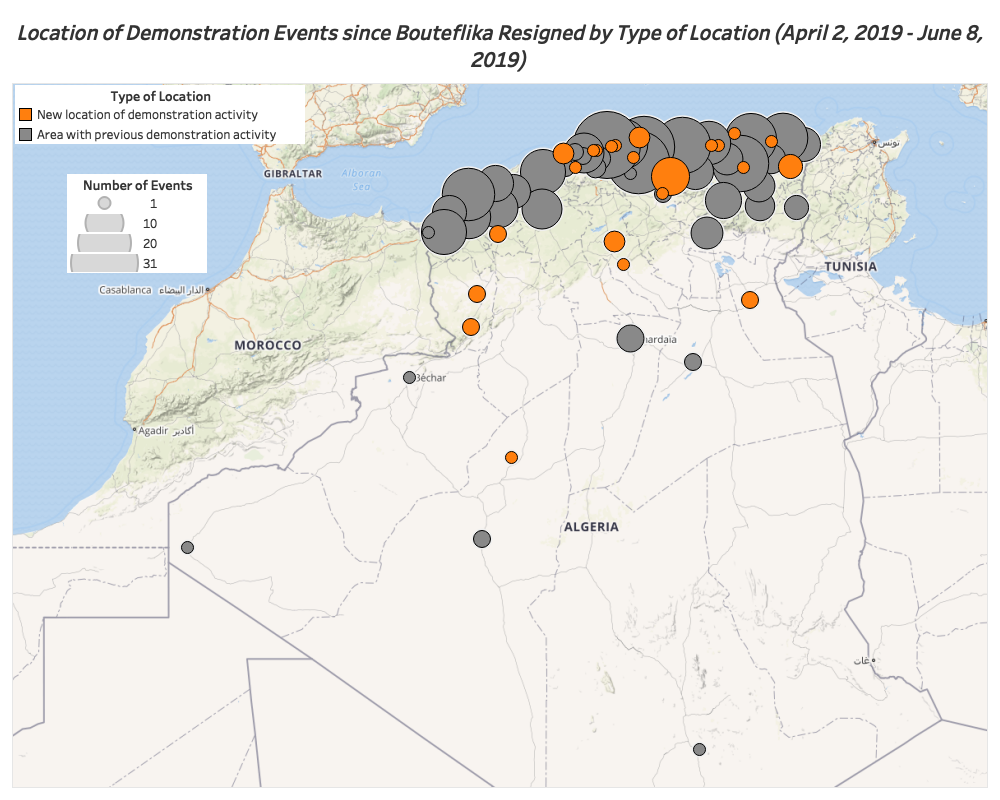 Upwards of 96% of the demonstrations since Bouteflika left office are peaceful protests, without government involvement. However, the most significant deviation from this pattern came the week of April 7th, when security forces intervened in eleven demonstrations throughout the country. On April 12, a crackdown in ten locations throughout the country led to the arrests of more than 180 demonstrators, and more than 80 people being injured. Since that crackdown, the rate of dispersed protests fell by over half.

The cancellation of the election by the country’s constitutional council on June 2  was justified on the grounds that there were not any “valid candidates;” the delay was not accompanied by plans for political reforms (France24, June 2, 2019; Brookings, June 4, 2019). The council did not provide any details on why the two low-profile candidates (described by the Washington Post as “unknowns”) were not suitable (the Washington Post, June 2, 2019). Demonstrators have demanded that a “transitional authority be set up to review the constitution and allow for free and fair elections to take place” (Al Jazeera, May 24, 2019). They are also demanding the resignation of the interim President Bensalah and the Army chief, Lieutenant General Gaid Salah, and “all those tainted by ties to the former regime” (France 24, June 1, 2019). The country seems poised for a stand-off, as neither the demonstrations nor le pouvoir’s hold on power show signs of weakening in post-Bouteflika Algeria. Though the demonstrations have thus far been largely peaceful, the threat of violence looms over Algeria’s transition.