Last week, climate change protests continued throughout the Balkans, Southeastern and Eastern Europe and Russia. In Kosovo, the election campaign period kicked off, with, in particular, the Kosovo-Serb region at risk of disorder. In Bulgaria, North Macedonia and Bosnia-Herzegovina, journalists protested for free journalism. In Greece, the new government faced its first large protests against proposed labor reforms. In Russia, protests spiked over climate change, waste management reform and the crackdown on Moscow local election protesters. In Ukraine’s Donbass region, fighting increased, undoing the relative calm created by the July ceasefire.

Climate protests under the banner of ‘Fridays For Future’ continued, at lower levels compared to the week prior in the Balkans, Southeastern and Eastern Europe, but at higher levels in Ukraine and Russia.

In Kosovo, the official campaign period for the 6 October parliamentary elections kicked off. Within the first four days, four parties were fined for violating election laws. In addition, Kosovo-Serb opposition parties complained of pressure and threats from Belgrade (N1, 16 September 2019). Previous elections in 2017 were marred with irregularities and violent incidents in Kosovo-Serb areas (European Union, 13 June 2017)

In Bulgaria and North Macedonia, journalists protested for freedom of the media and against frequent judicial prosecution of their colleagues. In Bosnia and Herzegovina, a journalist was attacked by a mob and forced to retract an article exposing criminal activity. In response, journalists have announced protests in support of free journalism (RFE/RL, 30 September 2019).

In Greece, for the first time since New Democracy came to power, union-orchestrated labor protests were held together with a country-wide general strike over proposed labor reforms (Ekathimerini, 24 September 2019).

In Russia, in addition to climate change protests, country-wide protests were held against waste management reforms. In addition, protests were held in large cities in the western regions in solidarity with prosecuted Moscow local election protesters (RFE/RL, 27 September 2019). 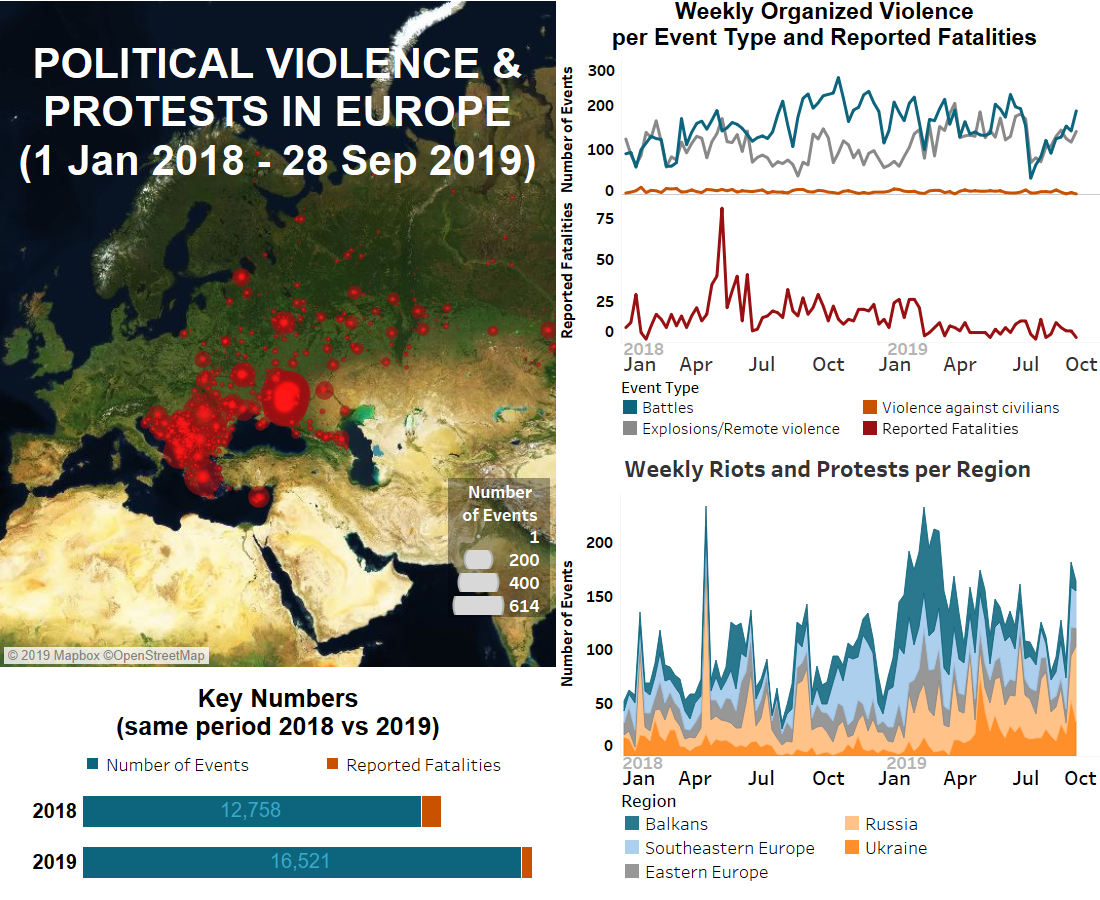