Last week was relatively quiet, with protests continuing at low levels on various issues at local levels in the Balkans, and in Southeastern and Eastern Europe. Notable developments are protests in Bulgaria against the appointment of the new Chief Prosecutor, anti-government protests in Greece over business reforms, and in Ukraine over the agreements on Donbass.

In Bulgaria, citizens protested throughout the week as Ivan Geshev was officially elected as Chief Prosecutor. Protesters criticized the sole nomination, the candidate’s integrity, and links with oligarchs, and voiced concern over the state of the judicial system (Euractiv, 25 October 2019; RFE/RL 24 October 2019).

In Greece, ongoing demonstrations against the business reforms proposed by the new conservative government peaked on 24 October, when thousands of students and members of labor groups demonstrated and clashed with the police (AP, 24 October 2019). Riots involving migrants housed in overcrowded refugee camps persisted, as did demonstrations involving Greeks demonstrating against migrants, as well as in solidarity with migrants, as new migrants continued to arrive in large numbers.

In Ukraine, weekly demonstrations “against capitulation [to Russia]” – criticizing recent agreements reached by the Trilateral Contact Group on Donbass – were held in almost every region of the country. The demonstrations, many spearheaded by National Corps, were in their sixth week and show no sign of letting up. In Donbass, fighting between Ukrainian government forces and separatist rebels continued at similar levels to the weeks prior, with 170 armed clashes and 176 shelling incidents resulting in one reported fatality. 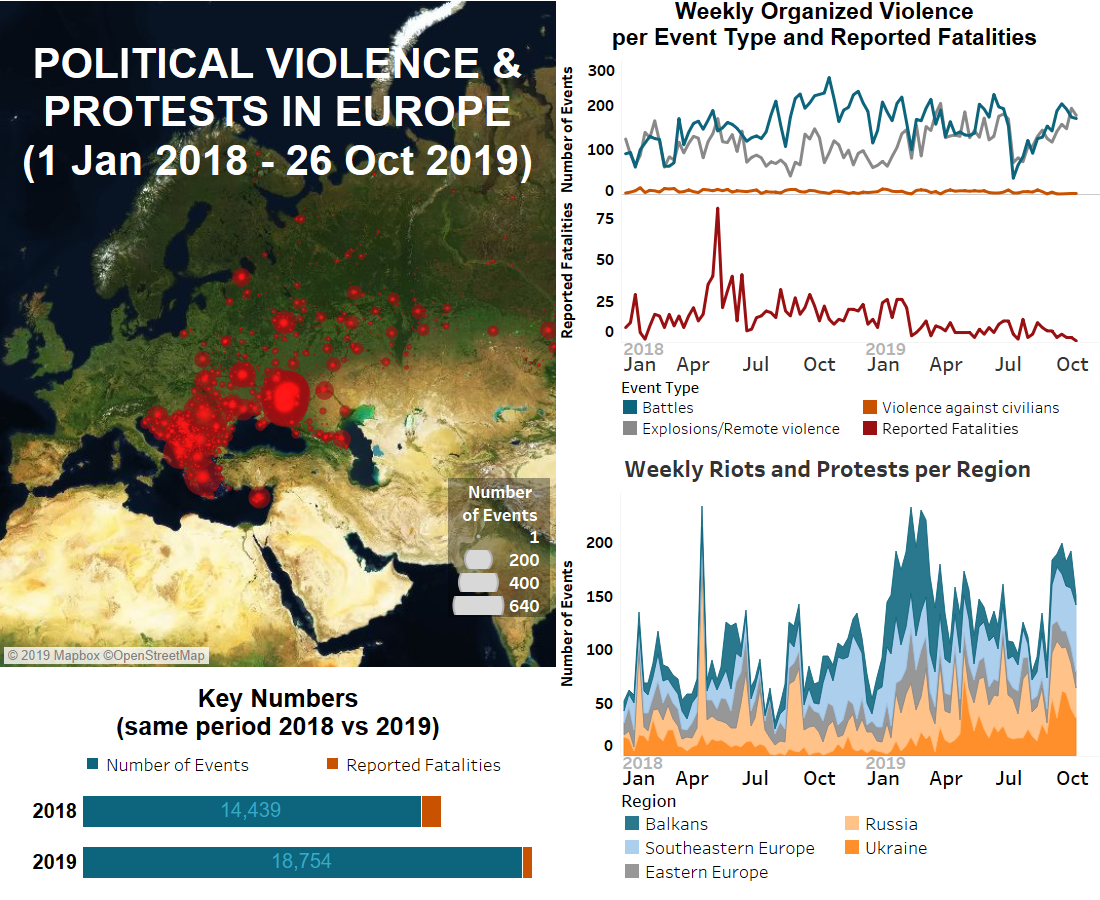