Last week, demonstration events were reported in the Balkans, Southeastern Europe and Eastern Europe over a wide range of local and national issues. Notable developments were: protests and the nomination of a new head of government in Bosnia and Herzegovina; student and anarchist demonstrations and violence in Greece; peaceful parliamentary elections in Belarus; and a drop in the fighting in the Donbass region of Ukraine.

In Bosnia and Herzegovina, protests were held in several cities for four consecutive days, with protesters demanding an investigation into child abuse in a care facility for children with developmental disabilities (Balkan Insight, 21 November 2019). Zoran Tegeltija was nominated Chairman of the Council of Ministers, effectively the country’s prime minister, after more than 13 months of post-election political deadlock. The nomination of Tegeltija, a Serb nationalist of the Alliance of Independent Social Democrats (SNSD), raises concerns about the new government’s commitment to the 1995 Dayton peace accords and its geopolitical orientation toward Russia and NATO (RFE/RL, 20 November 2019).

In Belarus, parliamentary elections were held on 17 November with no violence being reported. Little changed in the authoritarian Belarusian political system, as nearly all elected Members of Parliament remain loyal to President Alexander Lukashenko. The elections were condemned by national and international observers over widespread fraud, voter intimidation, constraints imposed on public political gatherings and bans of opposition candidates (RFE/RL, 18 November 2019).

In the Donbass region of Ukraine, reports of fighting between Ukrainian government forces and separatist rebels dropped below the yearly average, with 115 armed clashes and 134 shelling incidents resulting in one reported fatality. 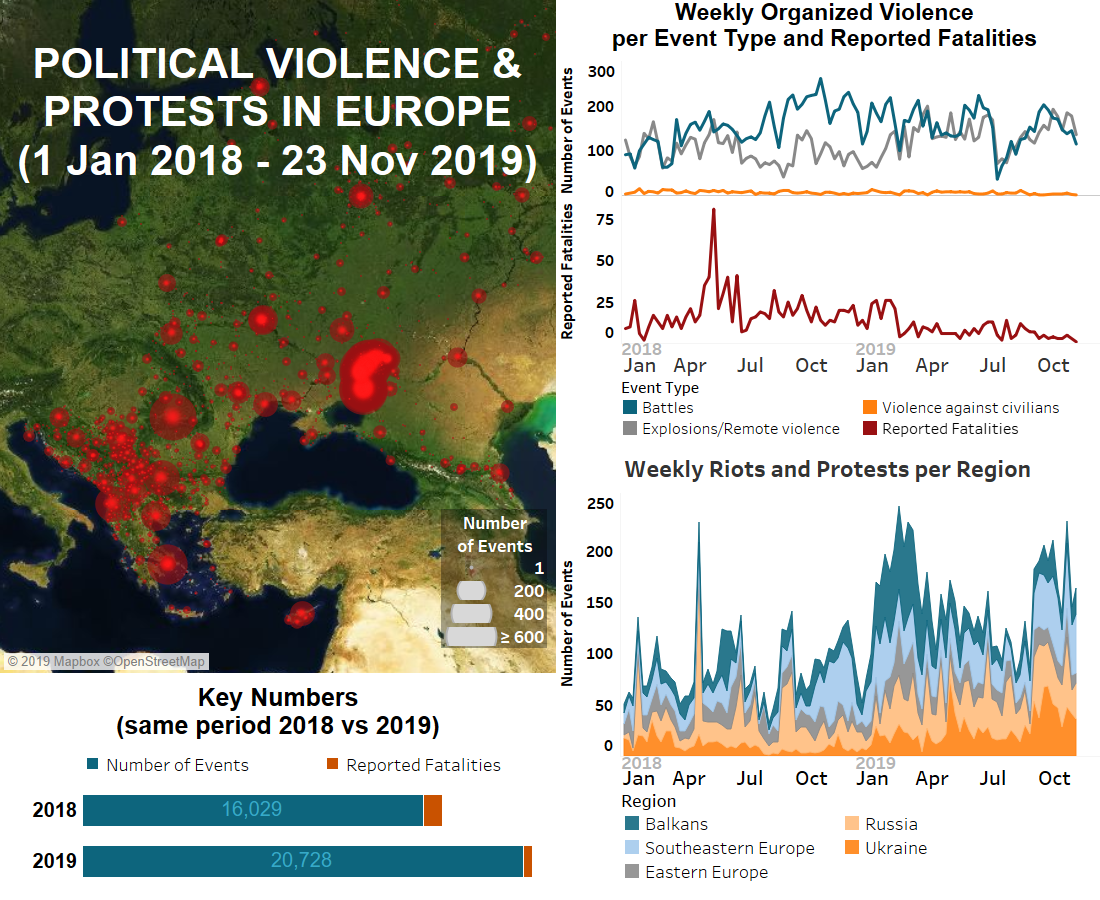