In Southeast Asia, key developments last week included: clashes between the Myanmar military and two signatories to the Nationwide Ceasefire Agreement; separatist violence in Thailand and Indonesia; and continued clashes between state forces and Islamist armed groups in the Philippines.

In Myanmar, protests in support of Daw Aung San Suu Kyi were held in Yangon and Monywa regions. The protests come as the State Counsellor prepares to represent Myanmar in a case brought by Gambia before the International Court of Justice (ICJ) for violation of the 1948 Convention on the Prevention and Punishment of the Crime of Genocide. Notably, the case has led several ethnic armed organizations (EAOs) to announce they either support the government in defending the country against the charges or that they support the efforts to bring the case to the ICJ (Irrawaddy, 2 December 2019).

In addition to the ongoing fighting in Rakhine and Shan states, clashes between the Myanmar military and two signatories to the Nationwide Ceasefire Agreement were reported last week. In Shan state, the military and the Restoration Council of Shan State/Shan State Army-South (RCSS/SSA-S) clashed in Namtu township. In Mon state, the military, along with the Karen Border Guard Force, clashed with the New Mon State Party/Mon National Liberation Army (NMSP/MNLA) near Three Pagodas Pass, sending hundreds of villagers across the border into Thailand. This is the first clash between the military and the NMSP/MNLA in many years.

Separatist violence was reported in Thailand and Indonesia. Ahead of 1 December, a day marked by West Papuans as their “Independence Day,” the separatist West Papua National Liberation Army (TPNPB) attacked a vehicle owned by a mining company in the Freeport mine area. While President Joko Widodo has recently signaled a willingness to meet with the separatist group (Reuters, 1 October 2019), disorder in the region has risen this year as West Papuans continue to face discrimination. Meanwhile, in Thailand, suspected separatists detonated a bomb in Narathiwat province. The violence comes as the new chief negotiator for peace talks with the separatists held a press conference in which he spoke of his plan for addressing the ongoing violence in the deep south (Benar News, 3 December 2019). 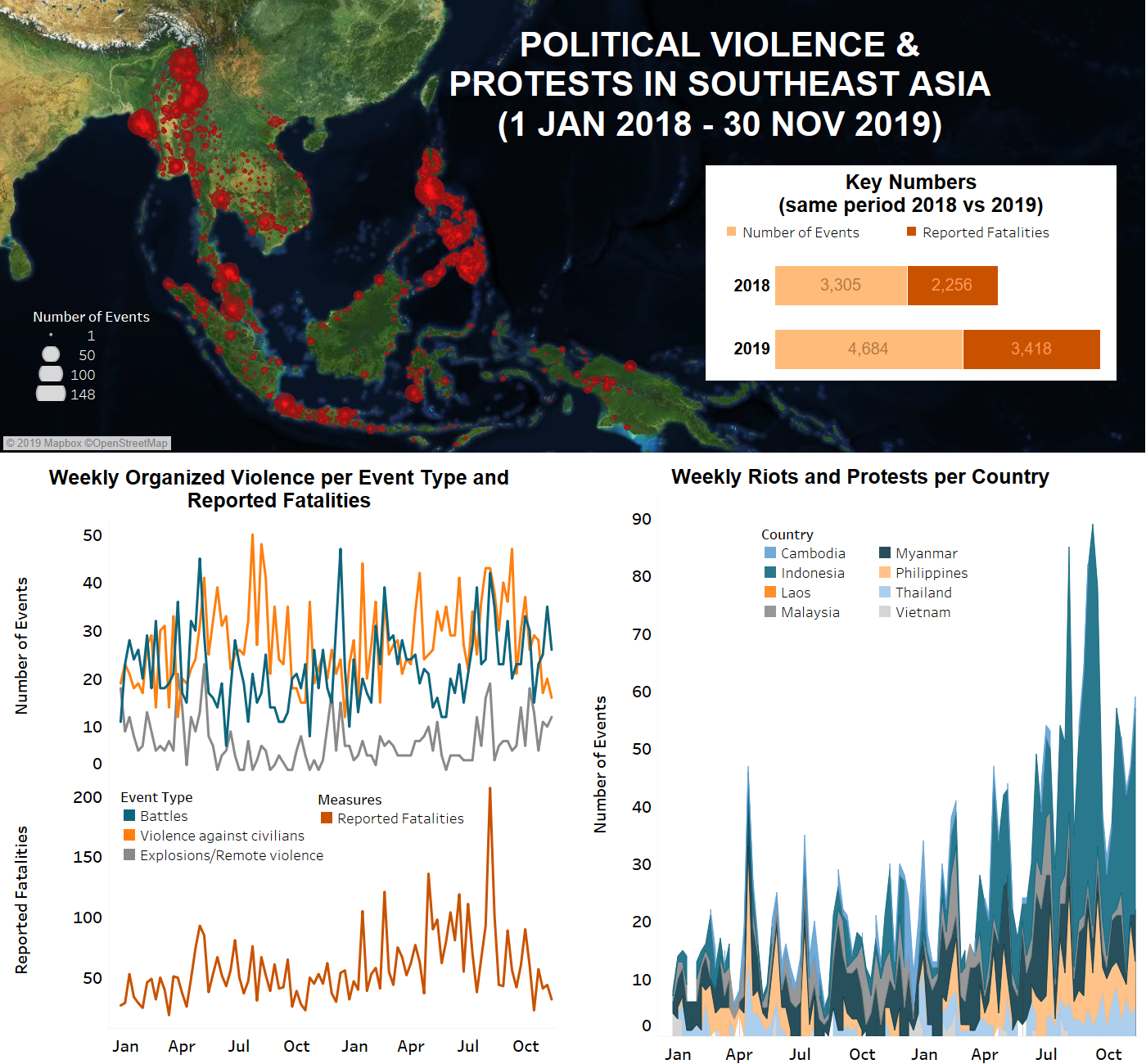