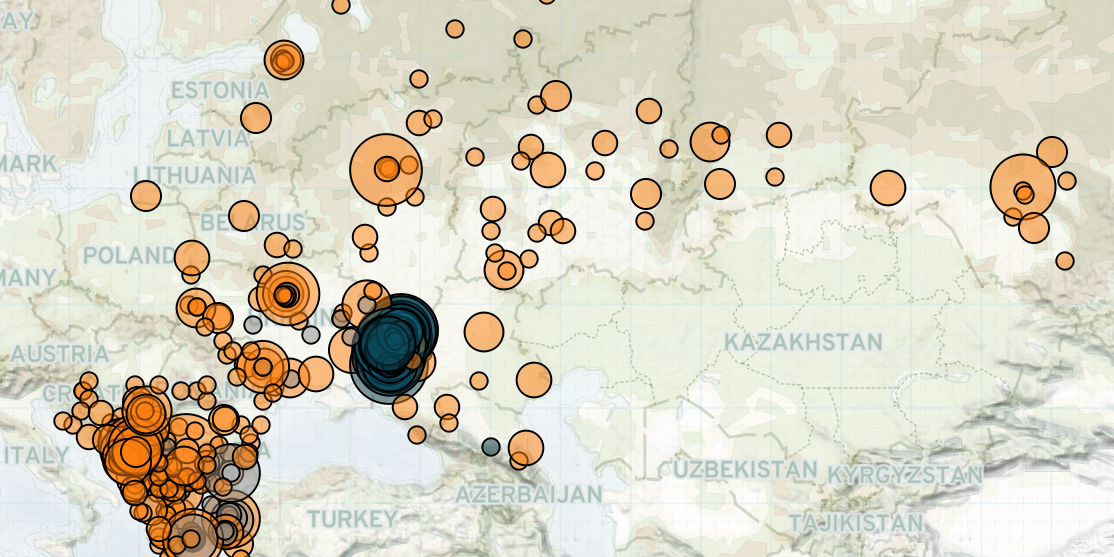 Last week, dozens of protest marches for women’s rights were held on International Women’s Day on 8 March across the Balkans, Southeastern Europe and Eastern Europe. Governments across these regions also took action to limit the spread of coronavirus, including measures that limit or ban public gatherings. The measures are expected to significantly reduce the number of demonstration events over the coming weeks. In addition, the situation at the Greek-Turkish border remained tense, with security forces from both sides engaging in provocative actions.

In Montenegro, protests over the controversial Religious Freedom Law continued for the 11th week, with over a dozen protests held across the country. The Serbian Orthodox Church claims that the law unfairly targets its possessions.

In Moldova, hundreds of supporters of Republican Socio-Political Movement Equality (SOR) rallied in Chisinau, after their candidate for the parliament seat of Hancesti district was banned from the election through a court ruling (Ziarul de Garda, 10 March).

In Greece, clashes continued between Greek security forces and migrants attempting to cross the Greek-Turkish border in Evros region (AP, 13 March 2020). Tensions between Greece and Turkey rose, after Turkey opened its borders earlier this month, and in some cases, assisted migrants in crossing into Greece. With security forces from both sides engaged in provocative actions, such as firing teargas across the border and sabotaging fences, the risk of an armed incident has increased significantly (Ekathimerini, 12 March 2020; New York Times, 13 March 2020).

In Cyprus, the closure of several crossing points between the North and South, reportedly enacted to limit the spread of coronavirus, continued to cause demonstrations (Ekathimerini, 9 March 2020).

In Russia, a constitutional amendment was proposed, which would remove the presidential term limit that currently prevents Vladimir Putin from remaining president after 2024 (RFE/RL, 10 March 2020). Demonstrations opposing the amendment were held in the days after, resulting in dozens of arrests (Kommersant, 10 March 2020; Novaya Gazeta, 14 March 2020).

In Ukraine, veterans, nationalist groups and political parties participated in several demonstrations expressing discontent over the Minsk peace plan for the Donbass region (Kyiv Post, 14 March 2020). In the Donbass region, fighting between Ukrainian government forces and separatist rebels continued at similar levels to the week prior, with 134 armed clashes and 188 shelling incidents resulting in four reported fatalities.