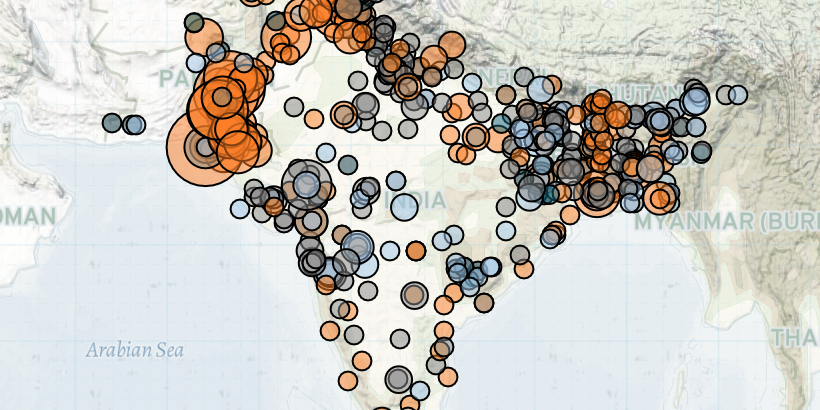 Reports of cross-border clashes between Pakistani and Indian security forces sharply increased last week. Four Pakistani security personnel, one Pakistani civilian and three Indian civilian fatalities were reported during the cross-border exchanges. Additionally, the use of heavy artillery to target civilian settlements was reported for the first time this year (Al-Jazeera, 13 April 2020).

In India, frontline health workers battling coronavirus continued to be targeted with violence. Widespread panic over the fear of transmission of coronavirus from health workers, and of being stigmatized after contracting the virus, have spurred the increase in violence against medical teams (Deccan Herald, 14 April 2020). In Bihar state, locals assaulted medical teams who were gathering information and creating awareness to prevent the spread of coronavirus. In Jharkhand state, locals demonstrated and vandalized ambulances as health teams tried to transfer three coronavirus patients to the hospital. Similar incidents were also reported in other states including Uttar Pradesh and West Bengal.

In Nepal and Bangladesh, violent demonstrations were reported over the distribution of ration and relief packages. In Nepal, several violent clashes occurred between locals, police, and activists of political parties over the lack of transparency and malpractices in the purchase and distribution of relief materials. In Parsa district, locals assaulted the Chief Administration Officer claiming that the relief packages contained inedible food materials. In Bangladesh, locals vandalized an aid truck and looted 600 sacks of rice. The incident occurred amidst widespread reports of misappropriation of coronavirus relief goods by local representatives and political leaders (Dhaka Tribune, 12 April 2020).

Ashik KC is the Methodology Coordinator at ACLED. He holds an MA in Peace and Conflict Research and a PhD in Political Science. His research interests include ethno-territorial conflicts and the role of regional organizations in conflict resolution.