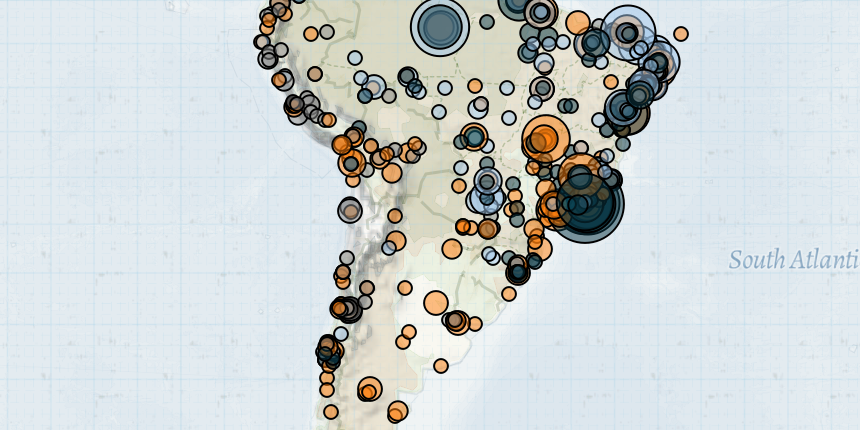 Last week in South America, key developments include: demonstrations in Colombia and Venezuela over governmental aid; prison riots in Argentina, Chile, Ecuador, and Peru; intensified Mapuche militia activities in Chile; protests against quarantine measures in Brazil and protests in favor of military intervention, as well as continued armed clashes between criminal groups and state forces; and protests led by health workers around the region.

In Colombia and Venezuela, demonstrations remained constant compared to the previous week, as citizens continue to call for authorities to provide financial aid and basic goods. In Colombia, demonstrations were reported in several cities, including in the capital, Bogotá. In Cesar department, citizens rioted to demand access to food, and one person was shot dead by Mobile Anti-Disturbance Squadron (Esmad) officers. In Venezuela, protests over gas and food shortages continued as fishermen, merchants, and farmers claimed they are unable to transport their products. Looting events in supermarkets were also reported in the states of Bolívar, Monagas, Portuguesa, and Sucre. One person was killed by security forces during looting in Bolívar. Recently this year, a report from the UN World Food Programme revealed that one in three people in Venezuela is moderately or severely food insecure, meaning they are unable to meet basic dietary needs (The Guardian, 24 February 2020). This situation will likely deteriorate as the coronavirus outbreak intensifies the country’s food shortage.

Prison riots and peaceful demonstrations were reported in detention facilities in Argentina, Chile, Ecuador, and Peru due to poor conditions and fear of the pandemic. In Corrientes province, Argentina, inmates peacefully demanded house arrest, probation, or early release after the confirmation of a coronavirus case inside the prison. One inmate was shot dead as state forces intervened using rubber bullets. In Buenos Aires province, one inmate was also shot dead after a clash with prison guards, following a demonstration demanding prisoners be released.

In Chile, tensions in the Biobío region continued to increase. Armed men clashed with a police patrol during an investigation of an attack carried out by a Mapuche indigenous militia the week before. Social organizations urged the government to declare a state of emergency in the region over the growing violence against logging companies and police forces in the municipalities of Contulmo, Tirua, and Canete (Biobio Chile, 23 April 2020).

In Brazil, several protests and motorcades took place on 19 April as people celebrated Army Day. Some protests advocated for a military intervention and rejected quarantine measures. President Jair Bolsonaro spoke at the protest in Brasília, enflaming political tensions in the country, as open denial of democratic institutions is considered to be a crime under the national security law (Exame, 20 Apr 2020). On the other hand, pot-banging protests continued for the sixth consecutive week across multiple cities in opposition to the president’s remarks minimizing the coronavirus pandemic. The number of pot-banging protests increased significantly on 24 April, as Sérgio Moro, the Minister of Justice and Public Security, resigned, claiming the president was interfering in Federal Police activities. Moro became popular for leading the investigations of the “Car Wash Operation,” which uncovered a large scheme of corruption directly benefiting high-level political figures. Moro’s accusation against Bolsonaro has intensified the political crisis, which could lead to formal impeachment proceedings led by the judicial institutions (The Guardian, 24 Abril 2020).

The number of armed clashes remained constant in Brazil, as authorities continued to conduct operations aimed at curbing the advance of drug trafficking groups and police militias in several communities. At least 32 people were killed in clashes between state forces and organized criminal groups. In the state of Rio de Janeiro, Military Police operations slightly increased. In the cities of Niterói and São Gonçalo, 11 operations took place, resulting in at least four fatalities. In Jacarei city, state of São Paulo, a mass shooting was reported during a funk party. Members of a gang shot at least 30 times at the crowd, killing five individuals, mainly teenagers. A gang dispute is being investigated as the reason behind the attack. Brazilian funk is a popular music style originated in the favelas, specifically in Rio de Janeiro state. Young civilians who attend parties in which funk is played are often caught in the middle of shoot-outs, gang disputes, and police operations, as these festivities frequently happen in places controlled by criminal groups.

The number of attacks on civilians perpetrated by drug trafficking groups and police militias slightly increased compared to the previous week, with 36 reported events across the country.