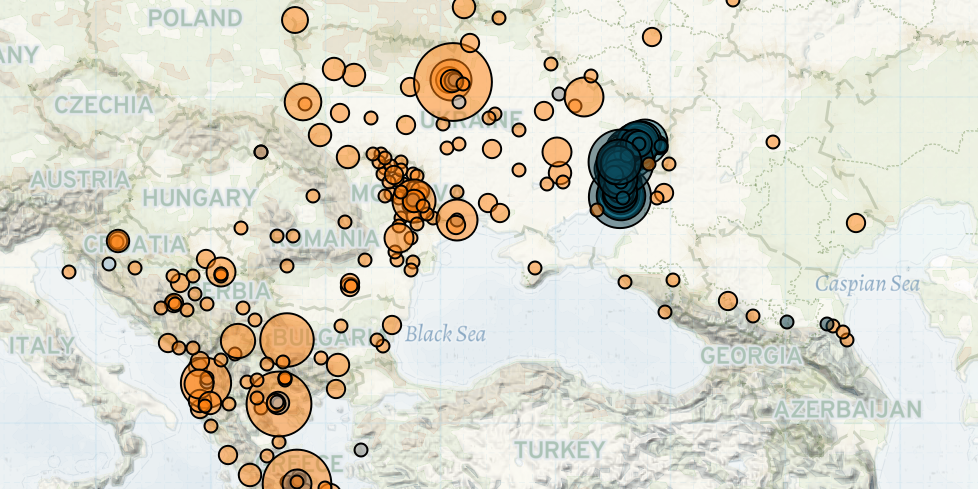 Protests against racism and in support of the Black Lives Matter movement took place across the region. Protesters rallied in Croatia, Montenegro, Serbia, Bulgaria, Greece, and Cyprus. In some countries, local dynamics also played a role in protester’s demands: in Bulgaria, protesters also highlighted discrimination against the Romani minority, while international students additionally protested against racism in Northern Cyprus.

Protests over the economic fallout of the coronavirus pandemic also continued across Eastern and Southeastern Europe. In Romania, thousands of ambulance workers protested in at least nine cities, demanding payment of promised coronavirus benefits as well as better equipment, clear legal status, and lower retirement age. In Greece, hundreds of workers protested over problems related to the coronavirus pandemic and other labor issues. In Northern Cyprus, labor groups impacted by the pandemic protested outside parliament. In Albania, the public transport and tourism industries staged protests demanding government relief to ensure their economic survival during the pandemic.

Protests ahead of pivotal upcoming national votes continued in Russia and Belarus. In Russia, these were against the upcoming national referendum on the Russian constitution which would, among other things, reset President Vladimir Putin’s terms in office to zero and allow him to stay in power until at least 2024 (Caucasian Knot, 14 June 2020). In Belarus, protest activity ahead of the 9 August elections continued and around 1,000 people held an electoral rally for the opposition candidates in Minsk, demanding free elections and the release of an opposition blogger and his supporters (RFE/RL, 7 June 2020).

Political activity linked to civic and refugee issues was also reported during the week. In Greece, three days of protests took place while a controversial education bill was debated and voted in parliament (ThessNews, 10 June 2020). In Cyprus, migrants at the Pournara reception center rioted over their prolonged detention and clashed with police (SigmaLive, 11 June 2020). Croatia was criticized for its treatment of migrants and refugees after an Amnesty International report accused Croatian police of torturing asylum seekers (Balkan Insight, June 11 2020).

In Ukraine, the government invited pro-Ukraine IDPs from Donbas to represent non-government-controlled territories in the Minsk peace discussions. Including these representatives as alternatives to Russian-controlled rebels is an effort to increase Ukraine’s leverage during negotiations and to allay domestic fears that Ukraine intends to give too much to Russian-led forces during the talks (Unian, 11 June 2020). In Donbas, fighting continued at similar levels compared to the weeks prior, with 67 armed clashes and 116 shelling incidents resulting in one reported fatality.