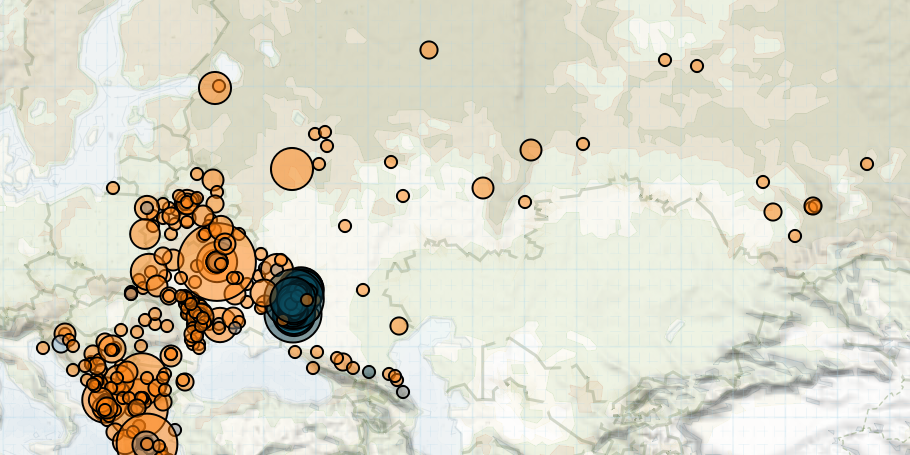 Protest activity remained at similarly low levels relative to prior weeks across the Balkans, Southeastern Europe, Russia, Ukraine, and Eastern Europe with the exception of a surge in protest activity in Belarus. Notable regional developments include an increase in protest activity in response to regime oppression and concerns about electoral legitimacy in Belarus ahead of the upcoming election and continued protests in Russia ahead of the upcoming national referendum on a new constitution.

In Russia and Belarus, protest activity ahead of pivotal national votes continued, with a sharp increase in Belarus in particular. In Belarus, the arrest of a top opposition presidential candidate triggered a wave of protests across the country. Thousands in more than 20 cities and towns formed human chains in solidarity with the detained candidate and other political prisoners. The anti-regime protests and the crackdown on the opposition and protesters are likely to increase in intensity in the coming weeks if the opposition candidate is not released and is not allowed to participate in the 9 August elections. In Russia, protests continued against proposed constitutional amendments which would reset President Vladimir Putin’s terms in office to zero and allow him to stay in power until at least 2024. These protests were supplemented by a number of small-scale protests in support of various political prisoners and activists (MBK Media, 19 June 2020).

Protests related to the coronavirus continued in countries across Eastern Europe. In Bulgaria, travel agency representatives organized a national protest, demanding clear regulations from the government for resumption of business. Opposition party Revival organized an anti-government protest, denouncing the government actions during the coronavirus pandemic as damaging citizens’ economic well-being. In Albania, public transport employees protested against the government’s decision to postpone the reopening of public transport services. Meanwhile, Azerbaijani nationals who are stuck in a temporary coronavirus camp on the Russia-Azerbaijan border clashed with Russian police.

Protests relating to the refugee crisis continued in Eastern Europe. In Cyprus, there were two days of demonstrations in support of migrants on the occasion of World Refugee Day. On World Refugee Day, hundreds marched in Greece in Athens and other cities to express their solidarity with migrants (To Vima, 20 June 2020).

Geopolitical tensions increased in the region over ethnic, territorial, and economic issues. In Greece, tensions increased further after Turkey signed a Memorandum of Understanding with Libya and indicated that it will drill for hydrocarbons near the shores of Crete. In Moldova, separatist authorities in Tiraspol adopted a law limiting the movement of persons into and out of the region on the basis of “social order, state security, and public health”, possibly raising a point of conflict with government of Moldova (Newsmaker.md, 15 June 2020). In Montenegro protests against the Religious Freedom Law continued despite the restrictions and bans on gatherings due to the coronavirus pandemic. The Serbian Orthodox Church headed processions in several cities against the law and two priests were arrested for organizing protests and causing risks to public safety. The law continues to serve as a divisive issue between Serbian-Montenegrinsand the Serbian state on one hand, and Montenegrins and the state of Montenegro on the other.

In Ukraine, criminal proceedings against the former President Poroshenko and a number of activists sparked concerns about political persecution and may lead to increased protest activity by Poroshenko-aligned groups (Euromaidanpress, 19 June 2020). In Donbas, fighting between Ukrainian government forces and separatist rebels somewhat increased compared to the weeks prior, with 81 armed clashes and 133 shelling incidents resulting in three reported fatalities.