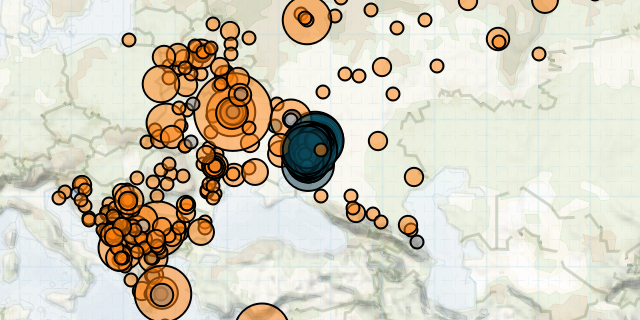 Protest activity remained at previous low levels across Eastern Europe, other than in Ukraine. The most notable event is the conclusion of a controversial referendum in Russia on changes to the constitution, which will extend the terms that President Putin is able to serve in office to 2036.

In Russia, the referendum on amendments to the Russian constitution concluded with the official results being declared as strongly in favor of changing the constitution. This will reset President Putin’s terms served in office to zero in 2024, allowing him to serve two additional six-year terms. There were widespread reports of fraud and election meddling (BBC News, 2 July 2020). Protests against the referendum took place in Moscow and other cities in Russia.

In Ukraine, the number of protest events increased. Across the country, people demonstrated against the new acting Minister of Education and demanded that the state provide evidence of guilt or the release of suspects in a murder case. In Donbas, fighting between Ukrainian government forces and Russian-led separatist forces continued at similar levels to weeks prior, with 65 armed clashes and 103 shelling incidents resulting in one reported fatality.

Protests linked to the coronavirus and its economic fallout took place in North Macedonia, Albania, Cyprus, and the region of Transnistria in Moldova. In North Macedonia, labor groups involved in event planning demanded a ban on family celebrations and weddings to be lifted. In Albania, public transport employees demanded a second government stimulus, as the public transport service has not fully resumed due to the coronavirus lockdown. In Cyprus, there were more than half a dozen protests demanding support due to the impacts of the pandemic. Also, unknown individuals burned telecommunications masts, likely associated with concerns stemming from disinformation campaigns over the role of 5G in the spread of the virus. In the separatist-region of Transnistria, people protested against the authorities’ decision to cancel movement permits that allow transit between government and separatist-held territory, citing health concerns for people working in the territories controlled by Moldova.

Protests over civil and religious issues took place in Montenegro, Greece, and Belarus. In Montenegro, protests against the Religious Freedom Law, which the Serbian Orthodox Church feels targets them unfairly, continued, despite measures against large gatherings. In Greece, thousands of supporters of the Communist Party protested against proposed legislation to regulate demonstrations. Anarchists clashed with police in Athens in an attempt to reoccupy two buildings they were cleared from in the previous week. In Belarus, several bicycle and car rallies were held in Minsk and elsewhere in solidarity with political prisoners. The vehicular protest did not trigger a major response from the police as in previous weeks of protest, with only a few arrests taking place.