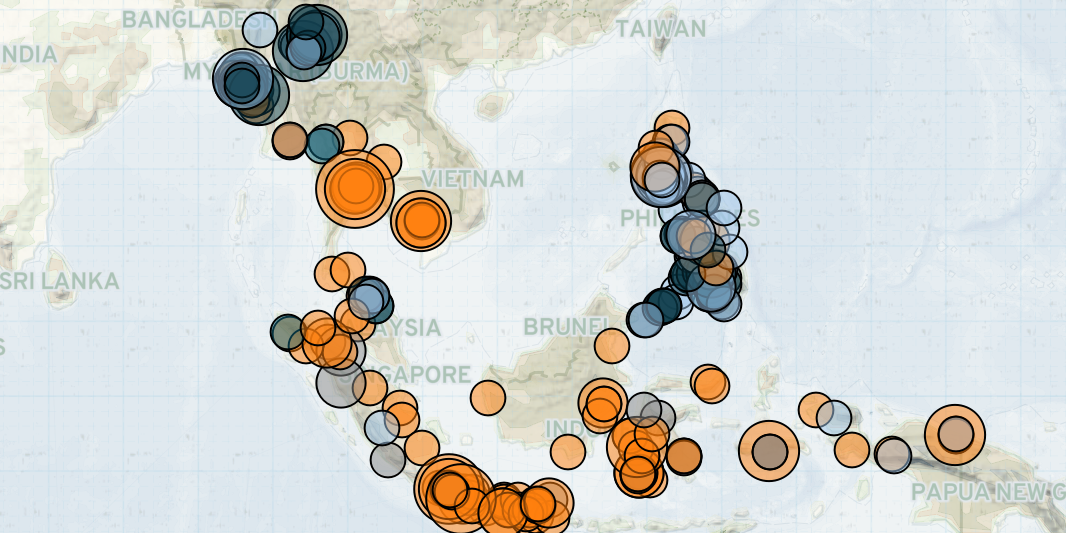 Last week in Southeast Asia, state forces clashed with rebel groups in Myanmar and Thailand. Additionally, the highly controversial Anti-Terrorism Act was signed into law in the Philippines. Protests against the Pancasila Ideology Guidelines persisted in Indonesia. Lastly, coronavirus-related disorder was reported in Cambodia, Indonesia, and the Philippines.

While the Myanmar government has announced plans to hold the fourth session of the Union Peace Conference in August with the ethnic armed groups that have signed the 2015 Nationwide Ceasefire Agreement (Myanmar Times, 7 July 2020), clashes continued last week across Kachin, Shan, and Rakhine states. In Shan state, the military clashed with the Restoration Council of Shan State/Shan State Army-South in Kyaukme township, causing villagers to flee. An increase in the presence of military troops was also reported, indicating a likely escalation of military operations in the area. In Rakhine state, the military continued to clash with the United League of Arakan/Arakan Army (ULA/AA). Likewise, in Kachin state, clashes between the military and the Kachin Independence Organization/Kachin Independence Army (KIO/KIA) were also reported.

In Thailand last week, there were two clashes between the military and separatists in the southern provinces of Pattani and Narathiwat. An IED was also detonated by separatists during a press conference at a ranger base in Narathiwat. Separatists in the south have become more active in recent weeks, marking an increase in activity since the start of the coronavirus pandemic. The increase comes as the Thai government announced it would hold hearings into the death of a suspected separatist in military custody late last year (Benar News, 29 June 2020).

On 3 July, the Anti-Terrorism Act was signed into law in the Philippines in the midst of widespread opposition against it. The law has been heavily criticized by legal experts and human rights organizations as having overly broad articles that could be used to quash legitimate dissent (Al Jazeera, 6 July 2020). Meanwhile, there was also a highly unusual event last week in which four soldiers carrying out intelligence work were shot dead by the police in Sulu province. This incident has led to a significant fallout between the police and military leadership, who have called for an impartial investigation into the incident.

In Indonesia, disorder has been gradually increasing as the country eases coronavirus restrictions. Demonstrations continued for the second consecutive week against a proposed bill regarding the Pancasila Ideology Guidelines. The proposed bill has sparked widespread opposition, especially from Islamist and nationalist groups, who argue that it would allow for the re-emergence of communist ideology in the country (Asia Times, 3 July 2020). The public outcry against the bill has forced the government to postpone deliberations for the time being.

Finally, coronavirus-related disorder was also reported in Cambodia, Indonesia, and the Philippines last week. Garment workers in Cambodia demonstrated over the closure of a factory due to the pandemic. In Indonesia, alongside a number of peaceful protests demanding unpaid wages and reduced tuition fees, clashes broke out during demonstrations calling for more transparency and equality in the distribution of financial relief. Meanwhile in the Philippines, health workers, police, and military personnel were attacked and killed by unidentified assailants while manning a coronavirus quarantine checkpoint.