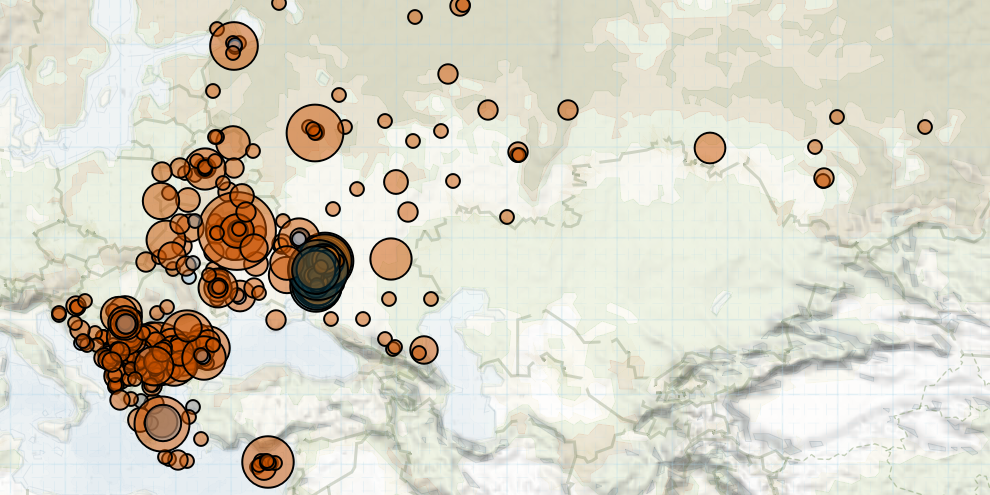 In Eastern Europe, key developments include: a spike in anti-government demonstrations in Bulgaria; an increase in demonstrations in Belarus ahead of the August presidential election; and major protests in Russia against what are perceived to be politically motivated arrests and prosecutions of activists and politicians across the country.

Anti-government demonstration activity surged dramatically in Bulgaria and increased in Belarus last week. In Bulgaria, thousands of primarily young people marched daily in Sofia and other cities to demand the resignation of the prime minister, his center-right government, and the chief prosecutor over corruption (Balkan Insight, 17 July). The prime minister responded by demanding the resignation of three cabinet ministers, but stated he has no intention of resigning. The Bulgarian Socialist Party filed a motion of no-confidence in the government (Balkan Insight, 17 July). In Belarus, as the country prepares to go to the polls in early August, thousands demonstrated in Minsk and other cities on 14 and 15 July, condemning the government’s refusal to register two presidential candidates (RFE/RL, 14 July 2020). Between 250 and 500 people were arrested across Belarus, though demonstrators increasingly began to resist arrest (RFE/RL, 14 July 2020). The campaigns of candidates rejected by the state agreed to back the candidate Sviatlana Tsikhanouskaia (the wife of a popular blogger), indicating a consolidation of the opposition movement ahead of the election.

Anti-government demonstrations continued at relatively high levels in Russia and Serbia. In Russia, the week was marked by a continuation of massive unauthorized demonstrations in Khabarovsk Krai Oblast that began after the popular governor was arrested and charged with involvement in multiple 2004-2005 murders. His supporters maintain that the charges are politically motivated. Major demonstrations took place in Khabarovsk and in neighboring cities every day of last week. Estimates of the size of the demonstrations varied widely, ranging between 10,000 and 80,000 (Novaya Gazeta, 18 July 2020, Kommersant, 18 July 2020, The Economist, 18 July 2020). Solidarity protests also took place in other cities (VL.ru,18 July 2020).

Meanwhile, demonstrations over the political oppression of activists and the recent constitutional amendments that cemented President Putin’s grip on power until 2036 continued with those in Moscow and Saint Petersburg, resulting in numerous arrests (Novaya Gazeta, 16 July 2020).

In Serbia, anti-government demonstrations continued at the beginning of the week, though they concluded before the end of the week. Several protests were held calling for the release of those arrested during the first week of the demonstrations and against police brutality (European Western Balkans, 13 July 2020).

In Ukraine, Moldova, and Greece, demonstrations continued over civic concerns. In Ukraine, people demonstrated across the country against a bill that may cancel the obligatory teaching of Ukrainian language in schools (DW, 16 July 2020). In Moldova, Transnistrian War veterans demanded that parliament vote on additional social and health benefits and address the installation of illegal checkpoints between the Transnistrian separatist region and Moldova. Clashes between the demonstrators and police took place. Demonstrators suffered injuries from teargas, tasers, and from scuffles with and arrests by the police. Several police officers were injured (Moldova.org, 17 July 2020). In Greece, thousands protested against a law to regulate demonstrations that was passed the week before. (Avgi, 17 July 2020)

In Romania and Cyprus, demonstrations continued over the fallout from the coronavirus crisis. In Romania, protests in Bucharest focused on opposition to the new coronavirus quarantine and isolation law, and the government’s response to the crisis in general (Agerpres, 17 July 2020). In Cyprus, hundreds of Turkish Cypriots protested for the free movement of EU citizens to North Cyprus. They claim the Republic of Cyprus is making arbitrary decisions, negatively impacting the north’s economic and health recovery.

In Ukraine, fighting between Ukrainian government forces and Russian-led separatist forces in Donbas intensified slightly compared to weeks prior, with 97 armed clashes and 136 shelling incidents resulting in five reported fatalities.