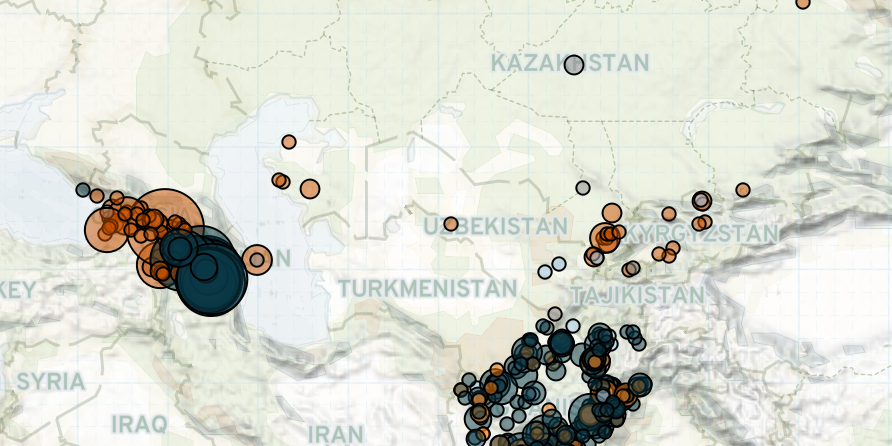 Last week in Central Asia and the Caucasus, Afghan operations against the Taliban resulted in a high number of fatalities while the Taliban also kept up its attacks. However, towards the end of the week, the group surprisingly announced a ceasefire along with a potential date to begin intra-Afghan talks. In Kazakhstan, violent confrontations took place between ethnic Uzbeks and Kazakhs, and a mob targeting an alleged child molester turned into a riot against the police. In Kyrgyzstan, xenophobic attacks on volunteer medics were the highlight of the week, while in Turkmenistan, security measures were imposed against a potential coronavirus outbreak. Lastly, ceasefire violations continued along the Armenia-Azerbaijan-Artsakh Lines of Contact while ethnic Azerbaijani and Armenian populations in Georgia staged protests regarding the recent flare-up along the Armenia-Azerbaijan border.

Despite the surge in violence, the end of the week was marked by the Taliban announcing that the group would be ready to start intra-Afghan talks after Eid El-Adha, the Muslim festival ‘Great Eid’, which commences on 31 July (Pajhwok Afghan News, 24 July 2020). This announcement marks the first time the group has committed to a time frame for intra-Afghan talks, likely due to the nearing conclusion of the prisoner swap and a recent visit from the US envoy asking the Taliban to reduce violence (New York Times, 28 July 2020). Early this week, the group also announced a three-day ceasefire during Eid, increasing hopes about the next stage of the peace negotiations. However, the resumption of fighting is still possible, as the last ceasefire during Eid al-Fitr in May 2020 was followed by deadly clashes.

Meanwhile, in Kazakhstan, four people, including a police officer, were injured in a fight between the inhabitants of Shornak village of Turkestan region, that also involved stoning residential homes. Witnesses and social media users pointed to inter-ethnic violence as a potential cause for the violence, as Kazakhs and ethnic Uzbek residents predominate the region (RFE/RL, 23 July 2020). Elsewhere, a violent demonstration broke out in Satpayev town in Karaganda region over a child molestation incident. A group of demonstrators demanded authorities hand over a suspected pedophile, then attacked the police with stones, setting a police vehicle on fire.

In Kyrgyzstan, a group of Kyrgyz men attacked several medics from Pakistan, who were volunteering at the hospital in Bishkek due to the spike in coronavirus cases. The incident happened when the medics were on a short break. However, the attack comes amid rising xenophobia after a video went viral last week in which a group of Kyrgyz men claimed they would attack any Kyrgyz women who date men of other nationalities (Eurasianet, 23 July 2020).

In Turkmenistan, authorities enforced security measures to stop a possible coronavirus outbreak as the government has continued to insist that there are no registered coronavirus cases in the country. The measures include the closure of shopping malls and theaters, while there were reports of disinfectants sprayed over residential areas by planes.

The recent escalation of violence along the Armenia-Azerbaijan border has had a spillover effect into Georgia, where a group of people staged an anti-war protest in Akhalkalaki city in Samtskhe-Javakheti region, which is primarily populated by ethnic Armenians. Azerbaijanis likewise staged a protest in Marneuli city, denouncing the Armenian presence in Artsakh and supporting the Azerbaijani government’s stance on the issue. On the same day, near Sadakhlo village in Marneuli region, which is densely populated by both ethnicities, a fight occurred between Armenian and Azerbaijani residents. Upon that, local authorities stated that they monitor the region to prevent potential violence between Armenians and Azerbaijanis, adding that such issues are scarce.