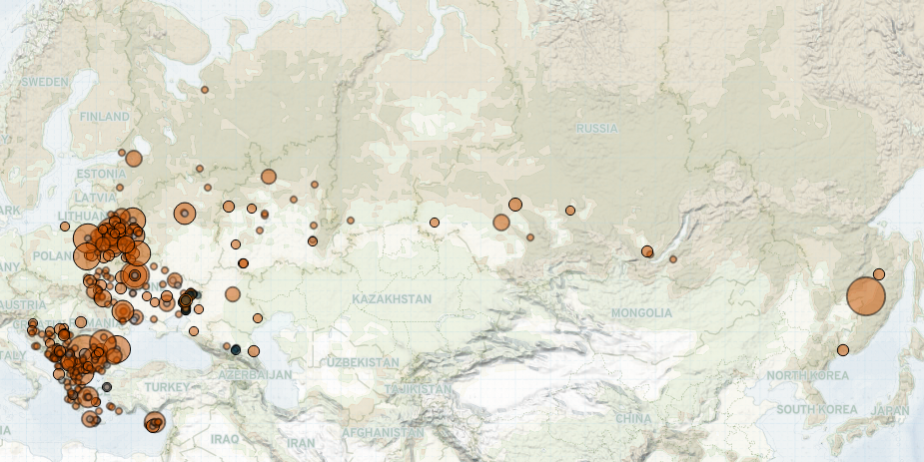 Last week, demonstration activity decreased across Eastern Europe. In Belarus, large demonstrations against the regime of Alexander Lukashenko continued. Demonstrations were also reported in Montenegro against the use of Serbian symbols by the pro-Serbian opposition, which claimed victory in elections last week.

In Montenegro, tens of thousands of people rallied in the capital against the use of Serbian national symbols by the pro-Serbian opposition that claimed victory in elections last week (RFE/RL, September 7, 2020). Many Montenegrans feel that the use of Serbian symbols undermines Montenegrin cultural and political independence from their neighbor in Serbia. No formal organizers of the gathering were named, though several prominent members of the outgoing Democratic Party of Socialists, which had been in power for 30 years, were present. These demonstrations will likely continue in the coming weeks.

In Russia, reports suggest that the size of the ongoing protests in Khabarovsk in support of the former governor of the region, Sergei Furgal, have declined — perhaps pointing to protest fatigue (Dvnovosti, September 8, 2020). Frugal’s supporters feel he has been targeted with criminal charges for political reasons and have protested in his support for over 60 consecutive days, expressing frustration with the government’s policies.

In Greece, riots broke out in Moria, the largest migrant camp in Europe, resulting in devastating fires and the destruction of the camp. This sparked mass demonstrations on Lesbos by refugees and locals alike, as well as in Athens.

Demonstrations took place across Ukraine against the planned inspection of the Ukrainian frontline positions by Russian-led separatists, following separatist allegations that Ukrainian forces had shifted their positions (Euromaidanpress, 11 September 2020). In Donbas, fighting between Ukrainian government forces and Russian-led separatists continued at very low levels, similar to the week prior, as both sides generally observed a recent ceasefire agreement. There were 11 armed clashes and 12 shelling incidents last week, resulting in one reported fatality.