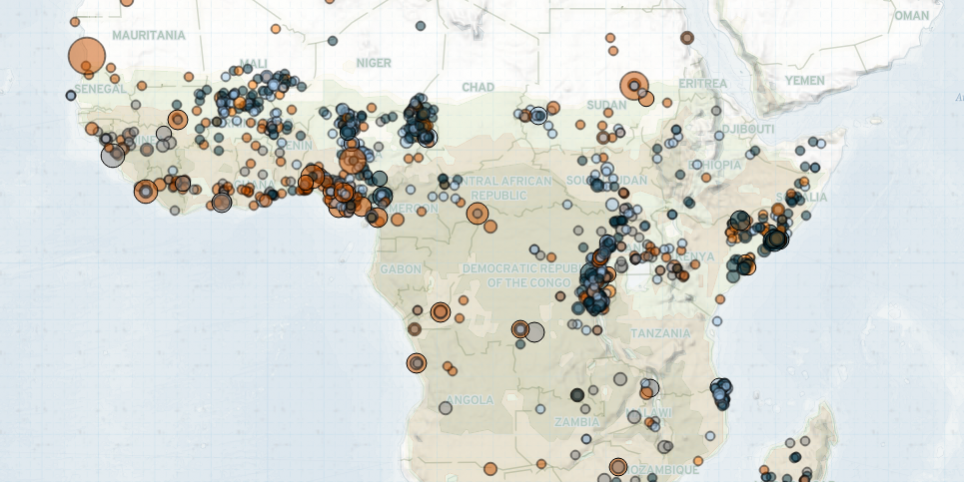 Last week in Africa, anti-government demonstrations restarted in Guinea during the lead up to presidential elections; Al Shabaab increased operations targeting African Union forces in Somalia; and a peace accord collapsed in the Democratic Republic of Congo.

Anti-government demonstrations restarted in Guinea, against Alpha Condé’s candidacy for a third presidential term. The National Front for the Defense of the Constitution (FNDC) opposition movement recommenced nationwide demonstrations on 29 September, with clashes between demonstrators and state forces reported in Labe and the capital, Conakry. Meanwhile, supporters of the Union of Democratic Forces of Guinea (UFDG), a member of the FNDC, clashed with ruling Rally for the Guinean People Party (RPG) supporters amid campaigning for the upcoming elections. The presidential elections are due to be held on 18 October.

In the Democratic Republic of Congo (DRC), Front for Patriotic Resistance of Ituri (FRPI) fighters clashed with Congolese military forces (FARDC), resulting in multiple fatalities. The clash came despite the group having signed a peace accord with the Congolese government in February. Under the terms of the agreement, FRPI was due to be disbanded, with willing ex-combatants integrated into the FARDC (United Nations Peacekeeping, 2 March 2020). Implementation of the agreement has, however, been lacking and in early September, a large number of FRPI ex-combatants left a demobilization camp in the Walendu Bindi chieftaincy. The former fighters had complained of insufficient supplies and support in the camp.

Meanwhile, the Cooperative for Development of Congo (CODECO) intensified operations targeting civilian populations in Ituri province, after a month of declining activity. Fatal attacks were reported in Walendu Djatsi and Baniari de Kilo chieftaincies, and near Mongbbwalu town in Djugu territory, as well as the Bahema Sud chieftaincy in Irumu territory.

In South Sudan, clashes between Sudan People’s Liberation Movement-In Opposition (SPLM-IO) forces and SPLM-IO defectors were reported in Kajo-Keji county within Central Equatoria. The fighters had recently defected to the government and SPLM-IO accused government soldiers of fighting alongside them. The clash was the first such incident in recent times, with government forces and the SPLM-IO having previously combined during fighting against National Salvation Front (NAS) rebels.

Timothy Lay is the Analysis Coordinator at ACLED. He holds an MA in International Relations (International Humanitarian Action) from Rijksuniversiteit Groningen and a bachelor's degree in Liberal Studies with honors in Asian Studies from the University of Sydney. He previously managed the Africa desk at ACLED.
7 October 2020
Share
TweetShare on Twitter Share on FacebookShare on Facebook Share on LinkedInShare on LinkedIn