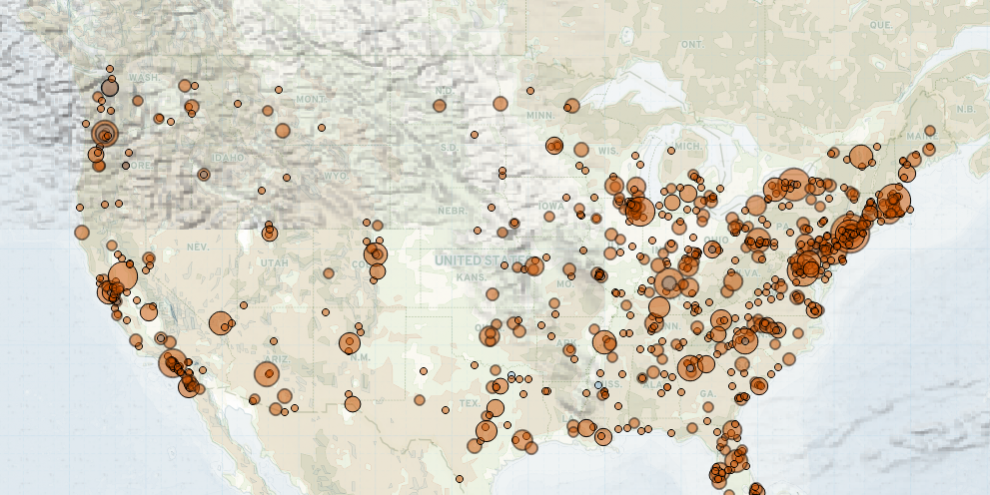 Demonstrations declined in the United States last week compared to the week prior. Demonstrations associated with the Black Lives Matter (BLM) movement continued, but decreased by more than half relative to the previous week. Violent demonstrations were reported in Oregon, Washington, and Kentucky. Confrontations between pro-Trump and BLM supporters were reported in Oregon. Similar to the week prior, parents and students demonstrated across the country to demand the resumption of in-person teaching. Labor groups demonstrated in several states, including in Tennessee, calling for the extension of coronavirus relief measures. Meanwhile, at the end of the week, President Donald Trump and the first lady, Melania Trump, tested positive for the coronavirus. Following the diagnosis, pro-Trump rallies increased over the weekend.

Also in Oregon, confrontations between pro-Trump supporters and supporters of the BLM movement were reported last week. In Bend, counter-demonstrators traded punches and unidentified people sprayed mace during the confrontation. The clash ensued when pro-Trump demonstrators attempted to retrieve a flag snatched by a counter-demonstrator from a truck taking part in a convoy-style rally in support of the president. In Springfield, a march was organized by Black Unity (BU), an activist group that advocates for racial justice, on the anniversary of the Elaine Massacre. The Elaine Massacre occurred in 1919 when federal troops, assisted by vigilantes, killed hundreds of members of the Black community in Elaine, Arkansas, following rumors of an uprising (New York Times, 20 September 2019). During the march organized by BU, pro-Trump demonstrators used bear mace on one of the BU leaders and three other demonstrators.

Last week, demonstration events over issues related to the coronavirus pandemic continued nationwide. Despite a rise in the average number of new cases across the US in the past week, demonstrations by parents and students demanding in-person education and the resumption of high school sports were reported in several states, including in New York, California, North Carolina, Illinois, and Ohio (New York Times, 7 October 2020). In addition, demonstrations challenging other restrictions enforced by state and federal authorities to curb the spread of the virus were reported last week in Tennessee, Wyoming, and Florida. In Tennessee, dozens of people participated in a “Freedom Fest” in Johnson City against a mask mandate. Further, about 300 people protested in Knoxville against the Board of Health’s mask mandate, demanding that the board be stripped of “its power to enact pandemic regulations” (Knoxville News Sentinel, 28 September 2020).

In Miami, Florida, dozens of cruise workers protested the nationwide ‘no sail’ order issued by the Centers for Disease Control and Prevention (CDC) in March and requested that the CDC not extend the order following its expiration on 30 September (WSVN, 28 September 2020). The White House, on 29 September, blocked the CDC from extending the order until mid-February 2021, instead allowing cruise ships to set sail after 31 October (New York Times, 30 September 2020). While cruise ships have been linked to the spread of the virus, the industry generates $53 billion annually in economic activity and has considerable political influence in Florida (New York Times, 30 July 2020; New York Times, 30 September 2020). Florida is an important state in the US electoral system and could help decide the winner of next month’s presidential election (Al Jazeera, 1 October 2020). With this in mind, Republican politicians and senators in Florida had called for ending the ‘no sail’ order and President Trump repeatedly signaled his desire to help cruise lines. In April, he included the chairmen of three major cruise lines as advisors on a White House task force formed to advise on ways to reopen the country (New York Times, 30 September 2020).

Meanwhile, workers and members of labor unions demonstrated in several states, including in Tennessee, calling for an extension of coronavirus relief measures. On 30 September, the day of the Payroll Support Program’s (PSP) expiration, flight attendants gathered outside of the offices of Senators Marsha Blackburn and Lamar Alexander in Nashville, Tennessee to call for Congress to agree on a relief package (WSMV, 30 September 2020). The failure to extend PSP could mean layoffs for more than 35,000 people employed in the airline industry (CNN, 30 September 2020). The PSP provided $25 billion in grants to the airline industry in return for guarantees of no involuntary layoffs (CNN, 30 September 2020). On 6 October, President Trump announced that while he would approve standalone stimulus checks of $1,200 and funding for specific industries, such as airlines and small businesses, a broader stimulus package would not be agreed upon until “after [he] win[s]” the election (NBC News, 7 October 2020).

At the end of the week, President Trump and the first lady, Melania Trump, tested positive for the coronavirus. Following, the diagnosis, pro-Trump rallies increased at the beginning of the weekend. Hours before the news, President Trump had assured the public that  “the end of the pandemic is in sight,” appearing on a pre-recorded video address played at a charity dinner in New York City (Washington Post, 3 October 2020). President Trump and his administration have consistently downplayed the seriousness of the coronavirus and have disregarded public health guidelines, including avoiding crowds and wearing masks (New York Times, 16 September 2020). Last week, during the first presidential debate, the president’s guests, including his sons and daughters, violated safety protocols by taking off their masks after being seated inside the debate venue (Washington Post, 2 October 2020). Since last week, the number of White House staff and senior Republicans that have tested positive for the coronavirus has grown and now includes Senior White House Adviser Stephen Miller and White House Press Secretary Kayleigh McEnany (Al Jazeera, 7 October 2020).