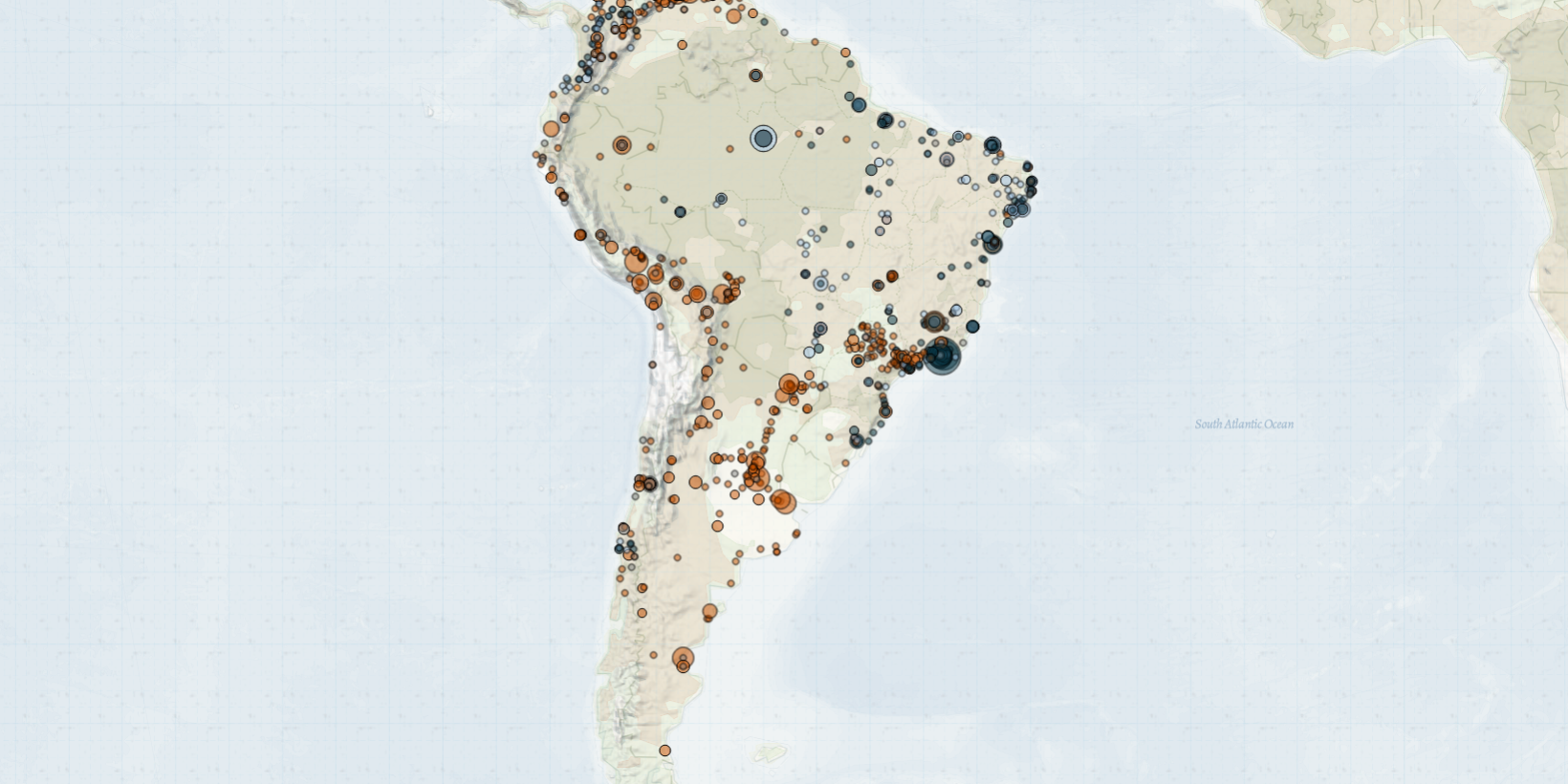 Last week in South America, demonstrations increased across the region with labor groups taking to the streets in Argentina, Bolivia, and Colombia. Clashes between state forces and armed groups continued to be reported across Colombia. In Peru, a violent communal clash over a mining dispute left more than 20 people injured. Meanwhile, protests took place in Brazil calling for the removal of President Jair Bolsonaro amidst the collapse of the health system in the state of Amazonas. Clashes between state forces and armed groups continued at similar rates compared with the previous week.

In Bolivia, transportation drivers continued their demonstrations for the second week in a row. They called for government action to support the deferral of bank payment loans on the grounds that the lockdown measures affected their income. Highway blockades were reported in La Paz and Tarija departments (El Deber, 18 January 2021; El Diario, 20 January 2021).

Similarly, in Argentina, transportation drivers called for a strike and blocked important highways in several provinces, claiming the increasing transport rates have negatively affected their incomes. The blockades severely disrupted industrial production and the transportation of food supplies and raw material for factories across the country (La Nación, 19 January 2021).

Additionally, in Santa Fé province, locals took to the streets against a provincial measure to confine citizens arriving from other provinces in a local school in an attempt to prevent the spread of the coronavirus. The locals claim that the measure is authoritarian, and pointed out that the school has poor infrastructure to accommodate people. Two city councilors protesting against the measure were arrested and reported mistreatment by police forces (El Comercial, 21 January 2021; 22 January 2021). Meanwhile, retired and unemployed people continued to call for more job opportunities across the country in the midst of an economic crisis worsened by the pandemic.

In Colombia, several protests over the economic impact of the pandemic also took place in the country. Restaurant, bar, and store owners took to the streets of several capitals, including Bogotá, Medellín, and Cali, to demand the end of shutdown measures. In Calí city, nearly 400 people gathered to demand alternative regulations instead of the recently introduced curfew (El Pais, 20 January 2021). Demonstrators and labor unions raised concerns over the economic impact for small business owners.

Meanwhile, in Peru, a violent clash took place between locals of the districts of Limbani and Phara in Puno region over the boundary of the two districts. Over 300 residents of Limbani were attacked and clashed with at least 500 people from Phara. They used sticks, machetes, and other objects; at least 26 people were injured (Diario Correo, 19 January 2021). Communal conflicts happen often in the area where there is a mining operation in Capac Orcco hill. Conflicts over mining zones affect several regions of Peru, with disputes ranging over land ownership, obtention of social licenses, and sharing of benefits with local and rural communities (Observatorio de Conflictos Mineros de América Latina, August 2020). Analysts claim that tensions over mining issues have increased amidst the pandemic, as the sector continues to work with flexible sanitary protocols, but without proper compensation to local workers and communities (Géstion, 17 December 2020).

In Brazil, protests continued to be reported for the second consecutive week after the healthcare system collapsed in the city of Manaus, Amazonas state. Patients had to be relocated to other states due to the lack of oxygen for patients with coronavirus and other respiratory diseases. Last week, seven people suffocated to death in the city of Coari, also in Amazonas state (Agência Brasil, 20 January 2021). This event fueled demonstrations across the country calling for the removal of President Jair Bolsonaro and the Governor of Amazonas state. The Federal Prosecution Office demanded an investigation into the circumstances that led to the collapse of the health system. Documents indicate that the health ministry was informed of the critical situation in the state days before the supply of oxygen ran out (G1, 17 January 2021).

Furthermore, 46 deaths were reported in violent attacks against civilians perpetrated by different armed groups in the country last week, a decrease from the previous week. At least 44 people were killed in armed clashes between state forces and armed groups. In Pará state, three attacks against prison guards were reported over a period of four days, which led authorities to believe there was a coordinated effort to undermine state forces in the state (O Liberal, 22 January 2021). In Rio de Janeiro city, civil police forces started a security operation in São Carlos Complex after clashes were reported between the Red Command (CV) and the Pure Third Command (TCP). The area has been under dispute between the two groups for several months following violent clashes in August 2020 (G1, 27 August 2020). Three members of armed groups were killed in the police operation (G1, 15 January 2021).