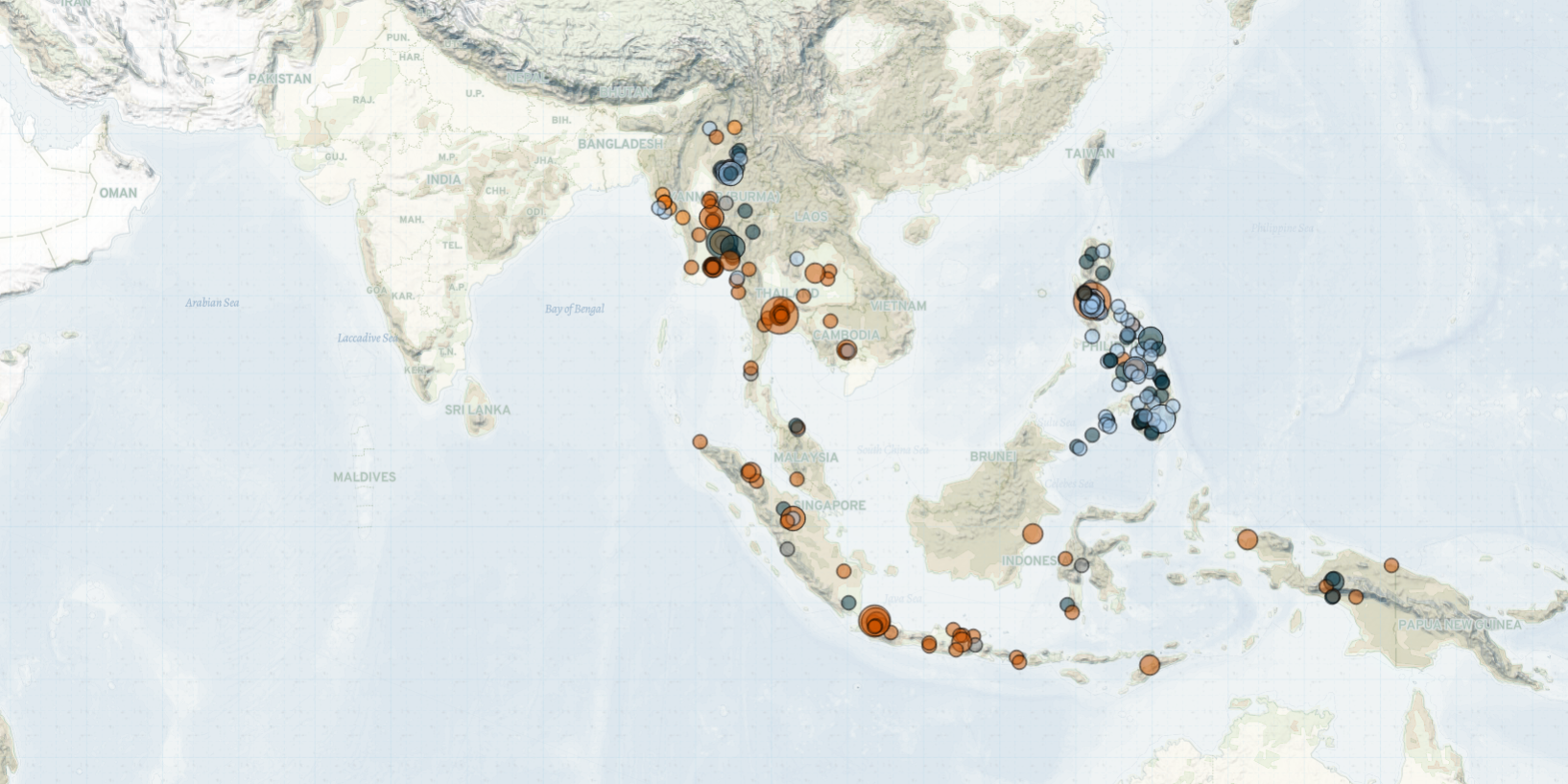 Last week in Southeast Asia, demonstrations led by the military-backed opposition party increased in Myanmar amid escalating allegations of electoral fraud by the military. Tensions also ran high as the military brass hinted at a coup. Subsequently, on 1 February, top officials of the ruling party were detained by the army in a coup d’état. The military has since imposed a year-long state of emergency and appointed a new cabinet. In the Philippines, there was a sharp increase in drug-related fatalities as police conducted coordinated drug raids. Several fatalities linked to violence involving Islamist rebels were also reported in the Philippines. Meanwhile, separatist rebels in Papua, Indonesia claimed responsibility for the killing of several Indonesian military soldiers on 22 January. Elsewhere in Indonesia, Papuan groups continued to protest to demand a referendum on independence. Lastly, protest activity remained low in Thailand as a ban on public gatherings remains in place.

In Myanmar, there was an increase in demonstration events led by the military-backed Union Solidarity and Development Party (USDP) over alleged electoral fraud and to express support for the military. The increase in demonstration events across the country comes as the military claimed it had found 8.6 million irregularities in the November general elections during a 26 January press conference (Irrawaddy, 26 January 2020). At the same press conference, the military spokesperson refused to rule out the possibility of a coup d’état (Myanmar Times, 26 January 2021). The following day, the military commander suggested that the constitution may be abolished (Irrawaddy, 28 January 2020). These comments led to an increase in political tension over the week, with rising fears about an impending coup. Amid these tensions, the military general backtracked on his comments about the constitution on 30 January (South China Morning Post, 30 January 2021). Notwithstanding this, on 1 February, the military staged a coup. They detained top officials of the ruling National League for Democracy (NLD), including Myanmar’s de facto leader Aung San Suu Kyi, and imposed a year-long state of emergency (Reuters, 1 February 2021). Shortly after, a new military-appointed cabinet was announced (Channel News Asia, 1 February 2021).

Meanwhile, clashes decreased in northern Shan state, where tensions between the Restoration Council of Shan State/Shan State Army-South (RCSS/SSA-S) and the Palaung State Liberation Front/Ta’ang National Liberation Army (PSLF/TNLA) have been running high in recent weeks over a territorial dispute. However, fighting between the military and the RCSS/SSA-S – a signatory of the 2015 Nationwide Ceasefire Agreement – was reported in Mongpan township in southern Shan state, which is controlled by the ethnic armed organization. This comes as the military extended its nationwide unilateral ceasefire until the end of February 2021 (Development Media Group, 30 January 2021). Notably, for the first time, the extension includes Rakhine state, which was previously excluded from the ceasefire because of the United League of Arakan/Arakan Army (ULA/AA) insurgency in the region. The impact of the military coup on standing ceasefires and future peace talks remains to be seen. For more on the risk of dormant conflicts reigniting in Myanmar, see ACLED’s 10 conflicts to worry about in 2021 series.

In the Philippines, fatalities linked to the drug war spiked last week as police conducted coordinated drug raids. ACLED records an unusually high total of 38 fatalities from drug-related violence last week alone. Nine of these were civilian fatalities in Cavite province, where state forces carried out a multi-day “simultaneous anti-criminality law enforcement operation” (Sacleo) from 22 to 24 January (Philippines Daily Inquirer, 26 January 2021). As a part of these operations, 159 people were also arrested for drug-related crimes (Philippines Daily Inquirer, 26 January 2021). Meanwhile, a shootout between state forces and drug suspects in Sultan Kudarat, Maguindanao province resulted in 13 deaths, including that of a police officer. The violence broke out as state forces attempted to serve a warrant of arrest to a former village chief allegedly involved in illegal drug activity. This is one of the deadliest events of its kind since President Rodrigo Duterte’s “war on drugs” began in recent years. ACLED records only one other drug-related event in the Philippines – a shootout in Ozamiz city in 2017 (Associated Press, 30 July 2017) – resulting in more than 10 fatalities.

Also in Maguindanao province, in the Philippines, Islamist violence involving the Bangsamoro Islamic Freedom Fighters (BIFF) resulted in four fatalities. A civilian was killed by an explosive planted by the group, while three militants were killed in a clash with the military. This comes amid talks between the Bangsamoro government and two factions of the BIFF about possible cooperation (Philstar, 29 January 2021). According to the chief minister, the third faction of the BIFF has not been receptive to the dialogue (CNN, 22 January 2021). The government has also reportedly been stepping up security measures as the talks proceed.

Meanwhile, in Indonesia, the West Papua National Liberation Army (TPNPB) claimed responsibility for the killing of another eight military officers on 22 January in Hitadipa district, Papua province. This brings the total number of soldiers reportedly killed by the TPNPB in Hitadipa district on 22 January to 10. The military has yet to comment on the separatist group’s claim. The TPNPB also demands an immediate referendum on independence to be held immediately, while expressing their intent to keep up their offensive against Indonesian state forces until Papua is independent (Suara Papua, 23 January 2021). Ethnic Papuans also held protests in Jakarta city and Lombok island to demand a referendum on independence and oppose the extension of Papua’s Special Autonomy Status.

Lastly, in Thailand, demonstration activity remained muted as coronavirus movement restrictions remained in place. These restrictions have been eased starting from 1 February as the coronavirus situation improves in the country (Pattaya Mail, 31 January 2021). Nonetheless, the ban on public gatherings remains in place (Chiang Rai Times, 31 December 2020).