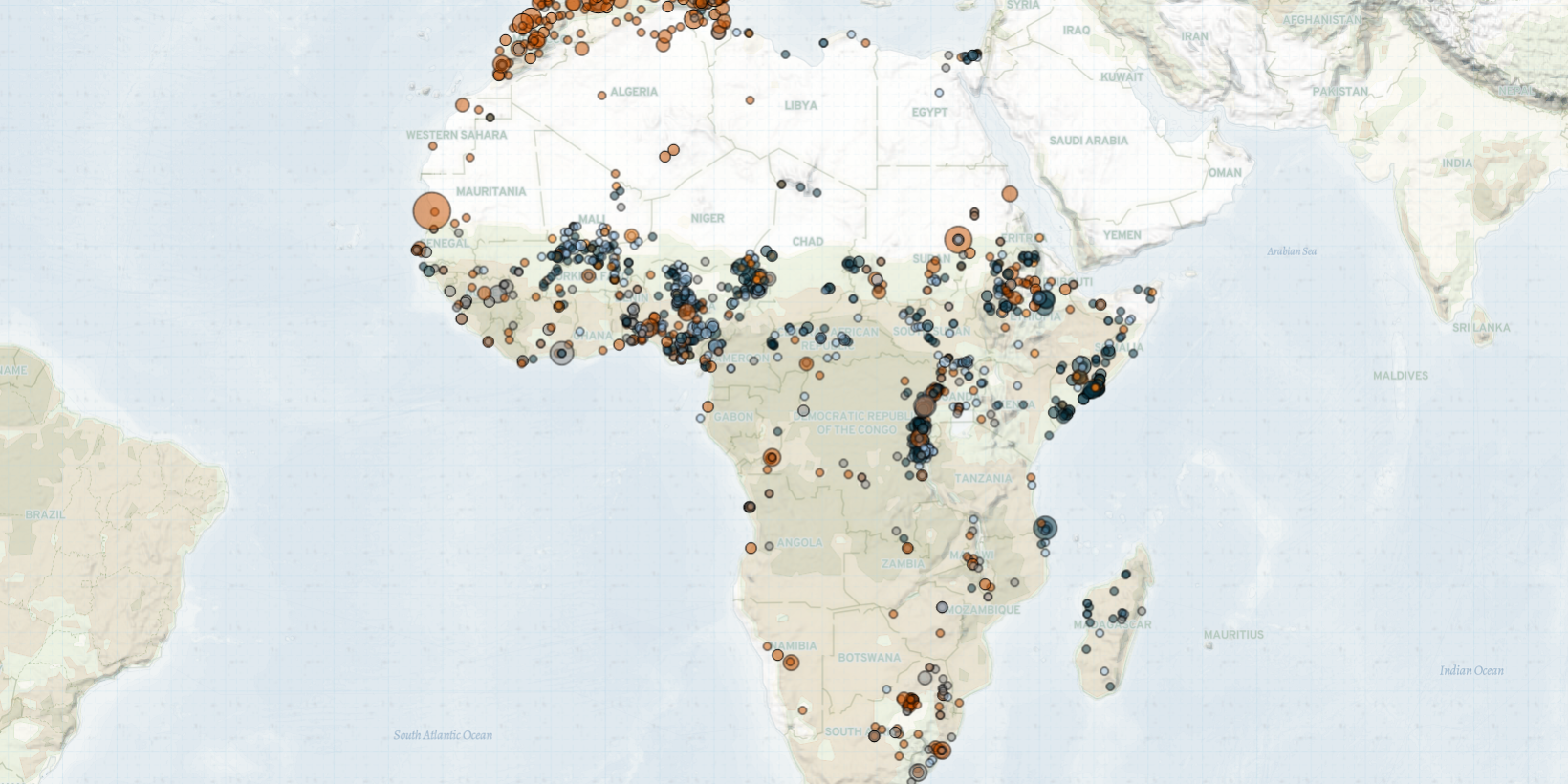 Last week in Africa, Chadian President Idriss Deby Itno was killed on the battlefield by rebel fighters, prompting a military takeover of the government; international forces maintained a prominent role in combatting entrenched Islamist and domestic militant insurgencies across the Sahel and central Africa; and dozens of fatalities were reported during ongoing intercommunal violence in South Sudan and Ethiopia.

In Chad, President Idriss Deby Itno died from injuries sustained during clashes with Front for Change and Concord in Chad (FACT) militants on the frontlines in Kanem region. Following his death, the Chadian constitution was suspended, the National Assembly was dissolved, and a Transitional Military Council, headed by Deby’s son, Mahamat Idriss Deby Itno, was established and took over the government (DW, 21 April 2021). Clashes between FACT and Chadian military forces continued throughout the week in western Kanem province.

Meanwhile, the Chadian contingent of the G5 Sahel Force, along with French, Malian, and Burkinabe forces conducted operations against suspected Jama’at Nusrat al-Islam wal-Muslimin (JNIM) and Islamic State West Africa (ISWAP) Greater Sahara faction militants in the Mopti region in Mali, and the Tillaberi region of Niger, respectively. In Tillaberi, presumed ISWAP Greater Sahara militants killed more than a dozen civilians during an attack on the village of Gaigorou.

In Burkina Faso, JNIM militants ambushed joint military and Volunteer for Defense of Homeland (VDP) forces in Yirgou in the Centre-North region, killing and wounding several soldiers. Elsewhere, presumed Katiba Macina militants raided the town of Koumbri in the North region, displacing a large number of residents. In Alidougou, Burkinabe air forces launched an airstrike against suspected Katiba Macina positions, near the border with Ivory Coast.

In the Central African Republic (CAR), military forces supported by United Nations peacekeepers (MINUSCA) and the Wagner Group regained control over towns in Ouham, Haute-Kotto, and Ouaka prefectures from Coalition of Patriots for Change (CPC) rebels. Following the most recent clashes in the north of the country, the UN reported more than 2,000 civilians crossing the border into Chad to seek refuge (UN News, 20 April 2021).

In the Democratic Republic of Congo (DRC), several days of clashes were reported between the Patriotic and Integrationist Force of Congo (FPIC) fighters and the military (FARDC) and allied UN peacekeeping (MONUSCO) forces in Ituri province. The violence, including targeted FPIC attacks against the Hema community, resulted in over 40 fatalities. Demonstrations calling for the departure of MONUSCO continued in Beni, due to the peacekeeping mission’s inability to resolve violence and deteriorating socio-economic conditions.

In South Sudan, deadly clashes increased this week in the troubled state of Lakes, amid an intersectional dispute within the Agar Dinka community in Rumbek East county over grazing land. In Yirol West county, intersectional clashes within the Atuot community were also reported.

In Ethiopia, demonstrations were held in major towns across the Amhara region, against targeted attacks on ethnic Amhara civilians. While most demonstrations remained peaceful, clashes were reported between demonstrators and police in Bahir Dar city. In the Oromia region, clashes between Amhara and Oromo ethnic militias continued in the area surrounding Gutin. Reports indicate that the Shane splinter faction of the Oromo Liberation Front (OLF-Shane) were involved, and several Amhara civilians were killed following clashes. Meanwhile, an armed group, allegedly associated with the Gumuz People’s Democratic Movement, overran local forces in Sedal Woreda, seizing control of the administrative center of Diza, and killing an unspecified number of local militiamen and civilians.