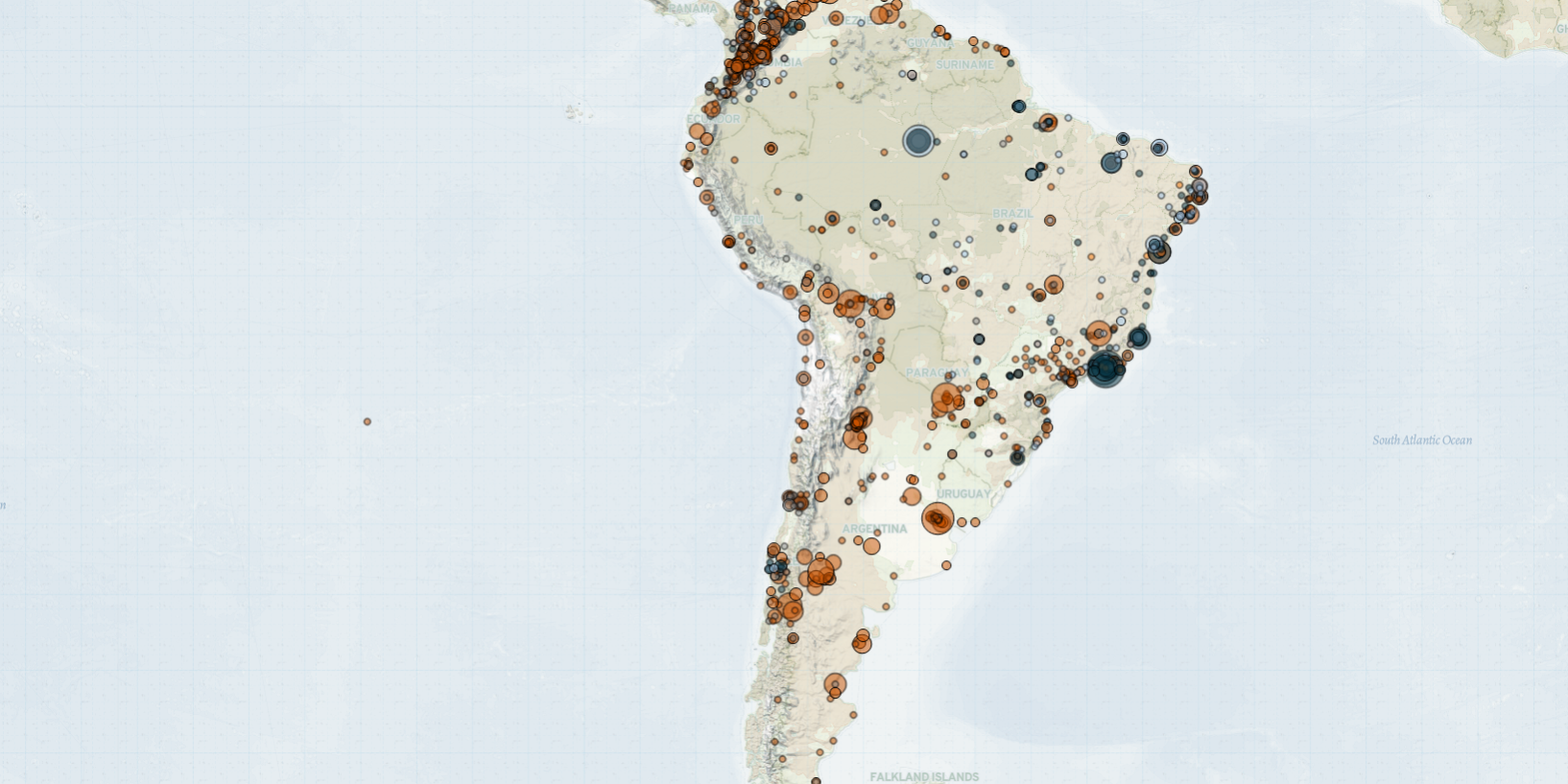 Last week in South America, protests were held during International Labor Day in Peru, Venezuela, and Brazil. As well, citizens continued to hold anti-government demonstrations in Colombia. In Brazil, armed clashes between state forces and criminal groups increased compared to the previous week. Finally, in the border region of Colombia and Venezuela, violent conflict between Venezuelan military forces and dissidents of the Revolutionary Armed Forces of Colombia (FARC) continued.

In Colombia, demonstrations against the government continued for the second consecutive week. The wave of protests, initially triggered by proposed tax reforms, led to the resignation of Finance Minister Alberto Carrasquilla and the withdrawal of the proposal on 3 May (Reuters, 4 May 2021). However, thousands of people continued to demonstrate, expressing their discontent with policies on health, education, and social equality (France 24, 4 May 2021). The Mobile Anti-Disturbances Squadron police forces (ESMAD) violently intervened, despite the vast majority of protests being peaceful. ESMAD’s heavy-handed response has further outraged protesters. In Cali, Valle del Cauca, three people died, and 19 more were injured following an intervention by ESMAD (Q’hubo Cali, 4 May 2021). At least 37 people have been killed by police forces, and at least 471 have been reported missing since political unrest began on 28 April (France 24, 8 May 2021).

In Peru, medical interns staged a nationwide strike to demand paid internships and their inclusion in the priority list of the national vaccination plan. Students protested on International Labor Day on 1 May across a number of departments (Diario Correo, 1 May 2021). Amid the coronavirus outbreak, medical students have been taking an active role alongside healthcare workers in fighting the pandemic, increasing their risk of contracting and spreading the disease. At least 400 medical staff have reportedly died of coronavirus complications as of the beginning of the pandemic, one of the highest death tolls across the region (El Comercio, 22 March 2021).

In Venezuela, citizens and government opposition groups marched to demand the effective provision of public services, better distribution of the coronavirus vaccine, and improvements in working and living conditions (Observatorio de Conflictos, 1 May 2021). President Nicolás Maduro announced an increase in the minimum wage by 289%, to 2.40 USD (Reuters, 3 May 2021). Several opposition groups described the decision as insufficient and expressed their concerns as the country continues to face a severe economic recession and hyperinflation (Reuters, 3 May 2021).

In Brazil, marches to express both support and disapproval over the administration of President Jair Bolsonaro were reported throughout the week. Political tensions in the country increased as the Senate launched a formal inquiry over the response of the federal government to the coronavirus pandemic (The Guardian, 27 April 2021). Bolsonaro has been accused on multiple occasions of downplaying the severity of the coronavirus outbreak. To date, more than 400,000 Brazilians have reportedly died after contracting the virus (Reuters, 30 April 2021). Moreover, in the city of Rio de Janeiro, intensive shoot-outs between civil police and the Red Command (CV) took place in the Jacarezinho neighborhood. At least 29 people were killed, of which at least 13 were civilians and one a police officer. Witnesses reported that police officers entered civilian houses and carried out extrajudicial executions after the inhabitants had already surrendered (El Pais, 9 May 2021). A spokesperson for the UN High Commissioner for Human Rights released a statement raising concerns over accusations of state forces tampering with evidence, calling for an independent investigation over excessive police violence (The Guardian, 7 May 2021).

Finally, in the border region of Colombia and Venezuela, armed conflict continued between the Venezuelan military forces and a FARC dissident faction in Apure state. Clashes were reported in the rural area of Cañitos, near Victoria municipality, resulting in at least seven military soldier injuries (El Carabobeno, 3 May 2021). Venezuelan security forces have carried out military operations against the dissident group since 21 March, prompting a humanitarian crisis in the region. To date, more than 5,800 people have fled across the border to seek shelter in Colombia (INTERSOS, 22 April 2021).

Ana Gonzalez is a Researcher for Latin America at ACLED. She holds an MA in Intercultural Conflict Management and Human Rights from the Alice Salomon University in Berlin, and a BA in Psychology from the National University of Colombia. Her research interests include restorative justice, collective memory, and conflict prevention measures, with emphasis on Colombia and Chile.
12 May 2021
Share
TweetShare on Twitter Share on FacebookShare on Facebook Share on LinkedInShare on LinkedIn