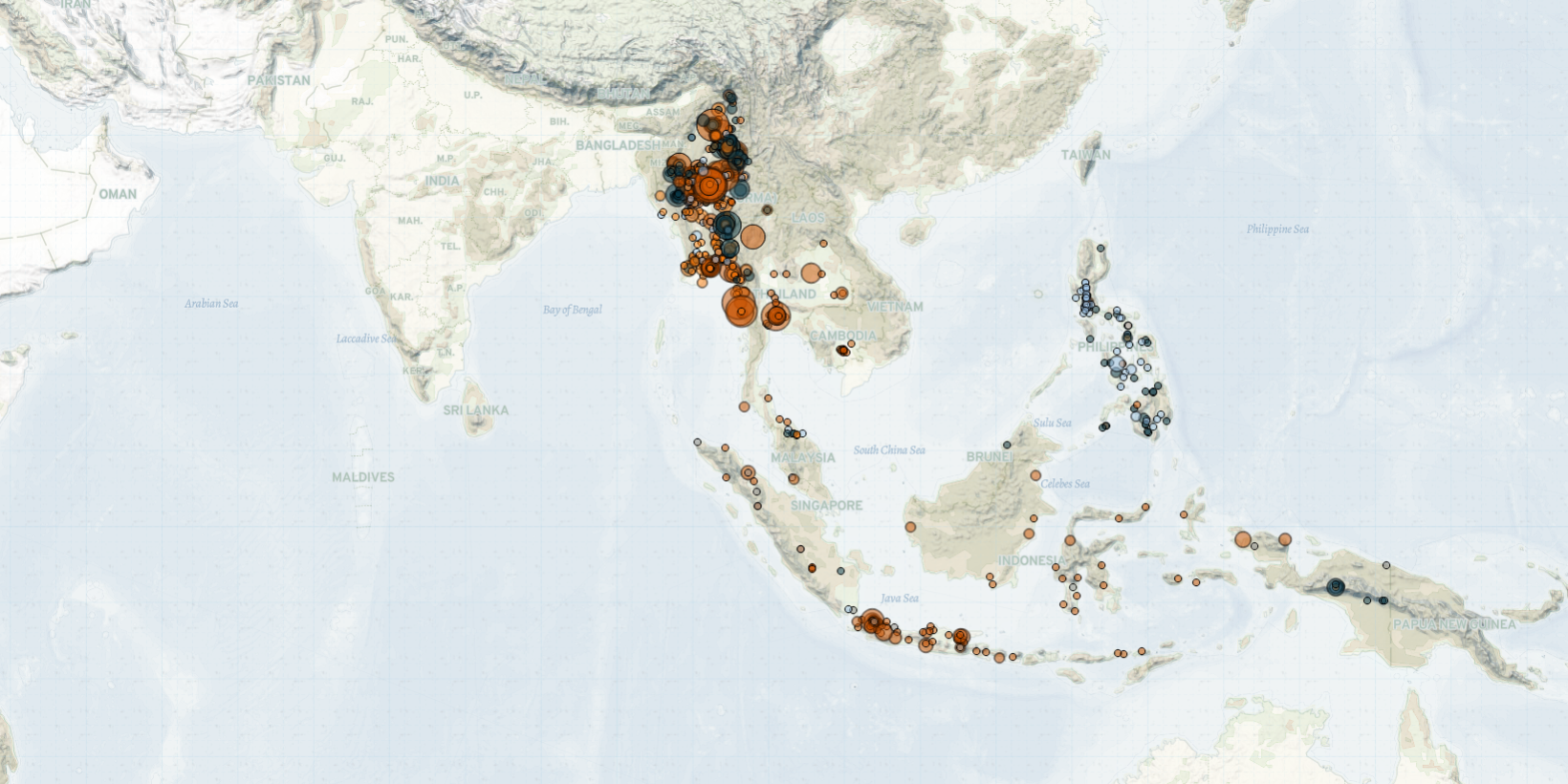 Last week in Southeast Asia, anti-coup demonstrations in Myanmar continued amid growing dissatisfaction over the response of the Association of Southeast Asian Nations (ASEAN) to the situation. Meanwhile, targeted killings of individuals perceived to be aligned with the junta continued. Fighting between the Myanmar military and local defense groups also continued unabated in Chin state and Sagaing region. Elsewhere in Myanmar, fighting between rival Shan ethnic armed organizations (EAOs) continues to affect civilians, with reports of villagers being detained by the EAOs and displaced by the fighting. In the Philippines, fighting between state forces and the communist New People’s Army (NPA) increased significantly following a landmine attack by the NPA that resulted in two civilian deaths. Finally, in Thailand, anti-government demonstrations continued to decrease last week following the granting of bail to detained protest leaders the week prior.

In Myanmar, anti-coup demonstrations continued last week as protesters held rallies against the military junta across the country, including in Mandalay, Sagaing, Tanintharyi, and Yangon regions, as well as northern Shan state. Meanwhile, diplomatic efforts led by ASEAN to resolve the political stalemate intensified, as two ASEAN envoys met with the junta’s leader on 5 June. The visit drew anger from anti-coup supporters who remain skeptical of ASEAN’s efforts, criticizing the bloc for not meeting with representatives from the National Unity Government, which they view as the legitimate government of Myanmar (RFA, 11 June 2021). At a protest held on the same day in Mandalay, protesters set the ASEAN flag ablaze to express their anger at ASEAN’s decision to only meet with representatives of the junta (The Guardian, 6 June 2021).

Separately, targeted killings of police officers, local administrators, and individuals perceived to be in support of or connected to the military continued last week, albeit in lower numbers compared to the week prior. Notably, a member of the Mon Unity Party (MUP) who contested the 2020 general election was shot dead by unidentified gunmen on 8 June. The attack comes a week after a member of another opposition party, the People’s Pioneer Party (PPP), was also killed by unknown assailants. Both the MUP and PPP have been criticized by anti-coup supporters after members of the parties were appointed as officials under the military regime (Irrawaddy, 5 February 2021; HURFOM, 24 February 2021).

Meanwhile, heavy fighting between the Myanmar military and local defense groups was reported in Chin state and Sagaing region. In Chin state, the Myanmar military and the Chinland Defense Force (CDF) clashed on 6 June, after the military attempted to deploy more troops to conduct raids on villages in Mindat township. The CDF claims that around 50 military soldiers were killed in the clashes (Irrawaddy, 7 June 2021). In Sagaing region, the military reportedly suffered heavy casualties during a shootout with the People’s Defense Force – Kani (Irrawaddy, 10 June 2021).

Elsewhere, rival Shan armed groups — the Shan State Progress Party/Shan State Army-North (SSPP/SSA-N) and the Restoration Council of Shan State/Shan State Army-South (RCSS/SSA-S) — engaged in a days-long battle over territory in southern Shan state. Civilians continue to be affected by the fighting between the two groups, as villagers accused of being connected to the RCSS/SSA-S were abducted by SSPP/SSA-N. Additionally, hundreds of villagers have been displaced by the clashes and are seeking refuge in monasteries (Shan Herald Agency for News, 11 June 2021). Clashes between the two warring groups have continued unabated despite repeated calls by civilians to end the conflict and instead support the Myanmar public in fighting against the military (Burma News International, 8 June 2021).

Meanwhile, in the Philippines, clashes between the communist NPA and state forces spiked last week following a landmine explosion in Masbate city that killed two civilians. The deadly explosion garnered widespread condemnation after one of the victims was identified as a top university footballer, forcing the NPA to issue a rare apology (Philippine Daily Inquirer; 8 June 2021). Aside from the government and the Commission on Human Rights, political groups that share ideological affinities with the Communist Party of the Philippines (CPP) — which oversees the NPA — also issued condemnations of the attack (Philippine Daily Inquirer, 9 June 2021). These groups include the New Patriotic Alliance (BAYAN) and the Patriotic Coalition of the People (Makabayan) bloc in Congress. Alongside their condemnation, Makabayan and its allied groups called for the resumption of peace talks between the CPP and the government. However, the government rebuked the Makabayan bloc’s pronouncements, calling it an attempt to avoid “exacting accountability from the NPA” (Philippine News Agency, 9 June 2021). Throughout the rest of the week, fighting between state forces and the NPA increased as state forces pursued the NPA rebels responsible for the explosion.

Lastly, in Thailand, anti-government demonstrations continued to decrease last week, after all remaining detained protest leaders were granted bail the week prior. The granting of bail comes after months of opposition from anti-government activists, including a 57-day hunger strike by one of the detained activists, Parit “Penguin” Chiwarak (Thaiger, 13 May 2021). It also marks an end to daily protests in front of the Supreme Court in Bangkok calling for the release of the detained protest leaders. These daily protests, during which participants stood still for one hour and 12 minutes to oppose Section 112 of the Criminal Code, or the royal defamation law, lasted for 71 consecutive days. The release of the protest leaders also comes amid a relentless third wave of COVID-19 infections in the country that has been driven primarily by infections in overcrowded prisons (BBC, 17 May 2021). Several of the detained protest leaders contracted COVID-19 while in detention (Prachatai, 2 June 2021).