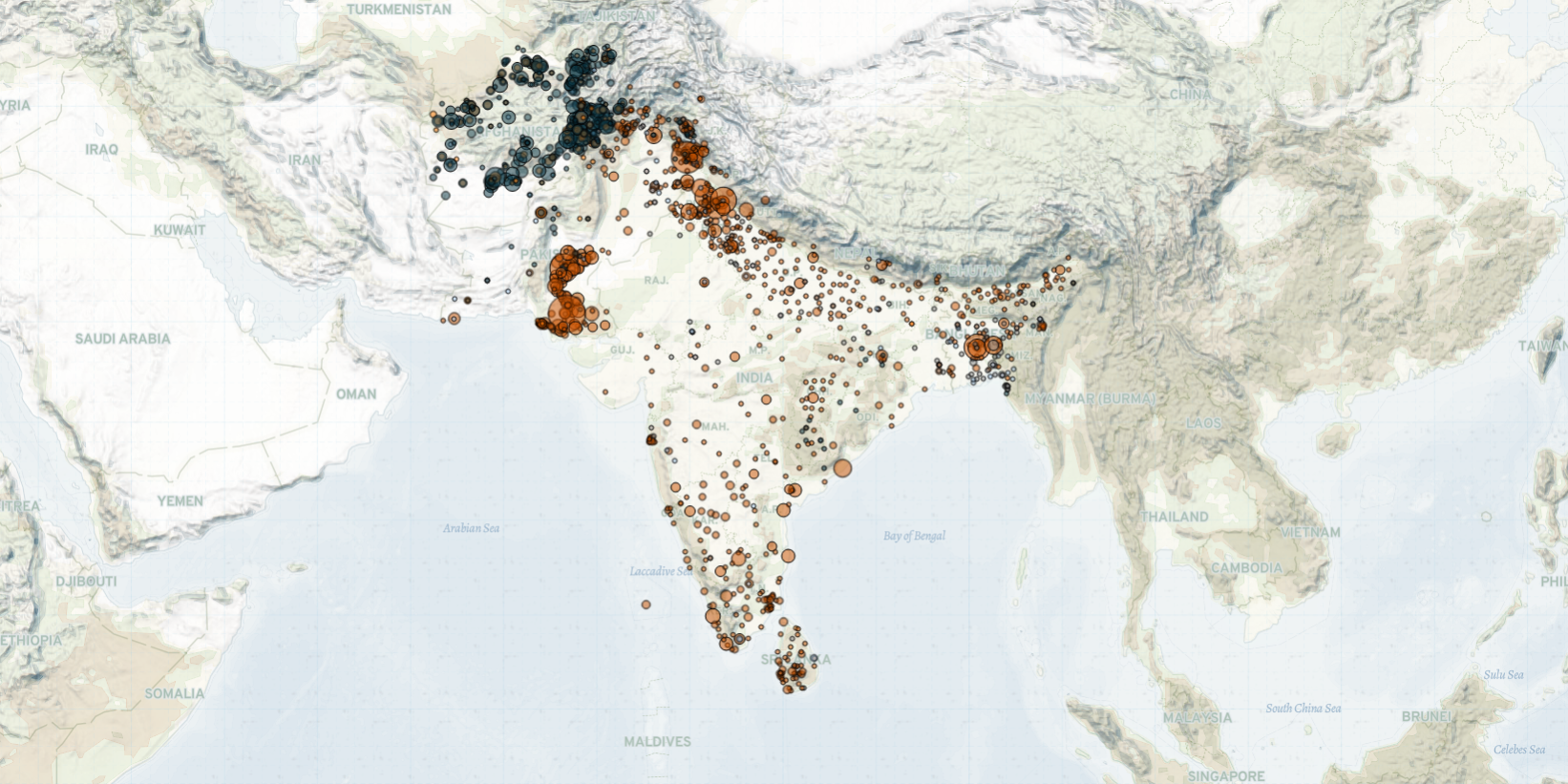 Last week in South Asia, the Taliban continued to gain ground in Afghanistan. The ongoing increase in violence has led to the formation of local militias with the tacit support of Afghan state forces, a development which has concerned the international community, notably the United States. In Pakistan, domestic militant groups clashed with security forces. In India, security forces intensified operations against militants in response to a militant attack in Jammu and Kashmir (J&K) Union Territory the week prior.

In Afghanistan,1ACLED is currently conducting a review of sourcing and reporting of the conflict in Afghanistan from 2020. the Taliban ramped up its attacks against Afghan state forces last week and continued to seize territory across the country. The group took control of around 50 districts across 20 provinces last week. Afghan state forces later managed to recapture some of these districts. In many provinces, however, government forces reportedly surrendered to the Taliban with little resistance, or fled military posts and bases prior to offensives.

The Taliban’s advancement led to a new development last week. Many locals took up arms to fight against the group as the Afghan government expressed a willingness to support and arm these militias (Al Jazeera, 25 June 2021). However, the fighting capacity of such local groups remains questionable as even organized Afghan state forces struggle in battles with the Taliban. Afghan and international observers fear that this policy could lead to a civil war (AP, 25 June 2021).

The Taliban’s gains in the country since May 2021 have further concerned the US. Last week, an intelligence report released by American agencies anticipated the collapse of the Afghan government within six months of the withdrawal of US and NATO forces which is scheduled to be completed by 11 September this year (Wall Street Journal, 23 June 2021). A concrete policy on post-withdrawal military and political support to the Afghan government has yet to be articulated (CNN, 22 June 2021; New York Times 29 June 2021).

In Pakistan, security forces clashed with Tehreek-i-Taliban Pakistan (TTP) fighters during security operations in Khyber Pakhtunkhwa (KP) province last week. Six TTP militants and a Pakistani soldier were killed in an exchange of fire in North Waziristan and Buner districts. The TTP, which aims to overthrow the government and enforce their version of Islamic law, has increasingly targeted both security forces and civilians in the past year (The Diplomat, 5 June 2021). In August 2020, TTP merged with two of its major splinter groups, Jamat-ul-Ahrar (JuA) and Hizb-ul-Ahrar (HuA), strengthening its presence and venturing beyond the tribal belt of KP to major cities and other provinces, including Balochistan (Al Jazeera, 18 August 2020).

Also in Pakistan, an IED exploded in Lahore city of Punjab province, reportedly targeting a police checkpoint set up near the residence of the imprisoned founder of the militant group Lashkar-e-Taiba (LeT), Hafiz Muhammad Saeed. Three people were killed, including police officers and civilians. Saeed currently heads the Jamaat-ud-Dawa (JuD), a charitable wing of the LeT (Al Jazeera, 23 June 2021). Pakistan has designated the JuD a front for the militant group and Saeed is currently serving 36 years imprisonment for financing militant activities (Hindustan Times, 24 December 2020; Economic Times, 6 March 2019).

In India, security forces clashed with LeT militants in J&K last week. Security forces killed three LeT militants, including a militant commander, during a two-day cordon and search operation near Sopore town. The operation followed a deadly LeT attack on police enforcing coronavirus pandemic restrictions in Sopore during the week prior. Militant groups are reemerging in Kashmir in recent weeks after a relative lull following a ceasefire between India and Pakistan that was reaffirmed in February 2021.