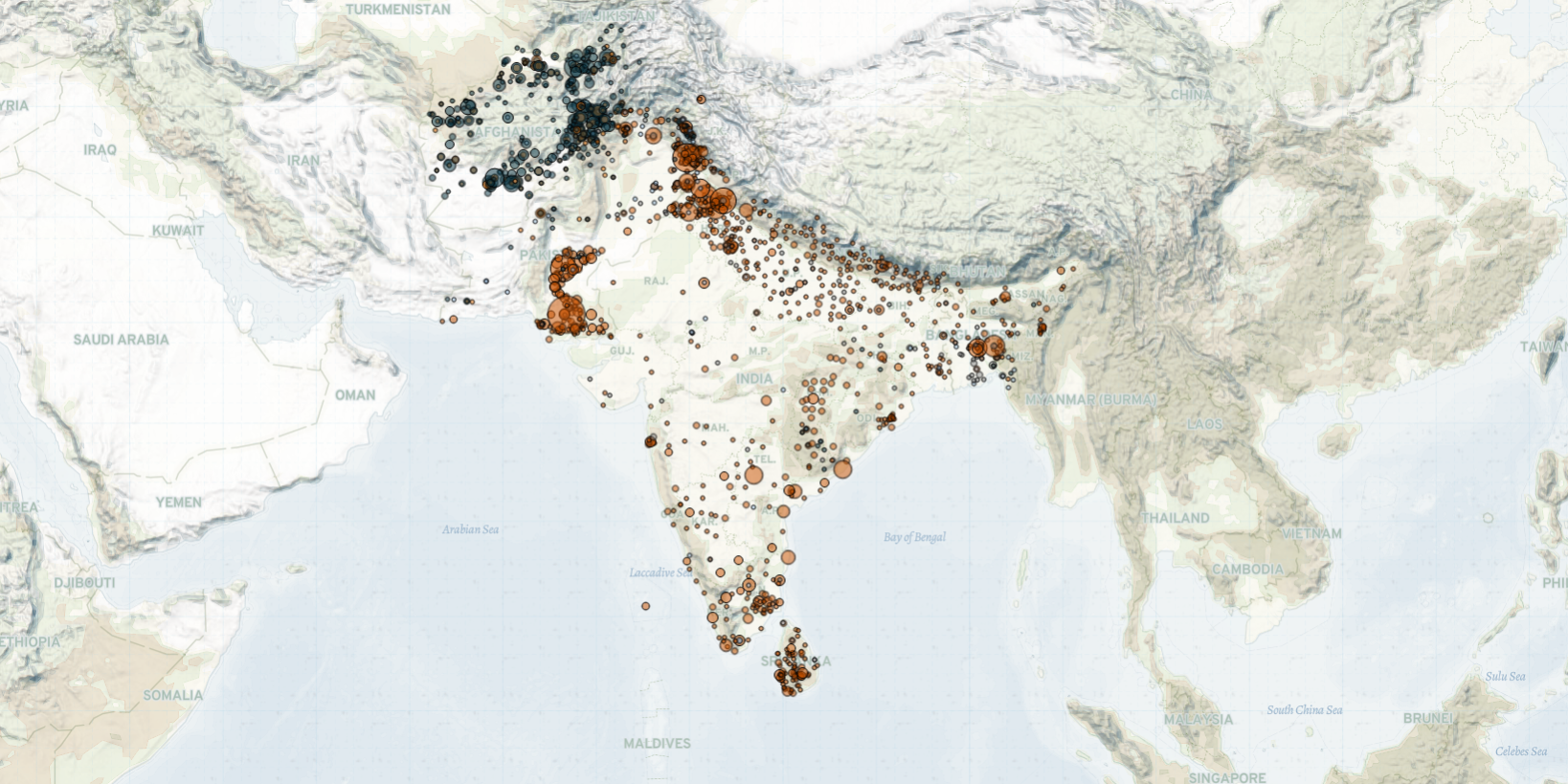 Last week in South Asia, the Taliban continued to make territorial gains in Afghanistan, especially in the north, including some key border crossings into neighboring countries. In Pakistan, Tehreek-i-Taliban Pakistan (TTP) militants continued to attack security forces. Indian security forces conducted operations against militants in Jammu and Kashmir (J&K) Union Territory. Demonstrations against rising fuel prices and agricultural legislations were reported in India and Sri Lanka. Lastly, opposition and student groups staged demonstrations against the dissolution of the House of Representatives amid the ongoing constitutional crisis in Nepal.

In Afghanistan,1ACLED is currently conducting a review of sourcing and reporting of the conflict in Afghanistan from 2020. the Taliban continued to make territorial gains last week, despite ground and air operations by Afghan forces across the country reportedly killing hundreds of militants. The Taliban captured 40 districts across 10 provinces, while Afghan state forces, supported by pro-government militias, regained control over two districts. Taliban forces particularly advanced in the northern Badakhshan province, which neighbors Pakistan and Tajikistan. Similar to weeks prior, Afghan state forces either surrendered to the Taliban or fled to Tajikistan during the clashes (Pajhwok Afghan News, 5 July 2021). The majority of Badghis province also fell to the Taliban, including the provincial capital, Qala i Naw, despite an earlier pledge by the Taliban to not attack provincial capitals (TOLO News, 9 July 2021). The group also captured the strategic Islam Qala and Torghondai crossings in western Herat province last week, along the borders with Iran and Turkmenistan, respectively. The capture of the Islam Qala crossing has resulted in the suspension of all land trade between Afghanistan and Iran (New York Times, 9 July 2021). As they continue to advance on Afghanistan’s borders, the Taliban sent a delegation to Russia last week to reassure the Russian government of their intentions (AP, 8 July 2021). The group stated they would not threaten the countries of Collective Security Treaty Organization (CSTO), Eurasia’s military alliance, of which Russia is a member (Washington Post, 9 July 2021).

Amid these developments, Afghan officials held talks with the Taliban in the Iranian capital, Tehran, though without any tangible outcome. Nevertheless, both sides expressed willingness to continue peace talks (Al Jazeera, 8 July 2021).

In India, security forces launched operations against militants in J&K last week, killing four militants from Lashkar-e-Taiba (LeT) and Al-Badr Islamist groups during operations in Pulwama and Kulgam districts. A Hizb-ul-Mujahideen (HM) commander was also killed during another encounter in North Kashmir. Meanwhile, Indian security forces claim that militants crossed the Line of Control (LoC) into Sunderbani last week and clashed with Indian soldiers (Daily Excelsior, 9 July 2021). Two soldiers and three militants were killed in the encounters and explosive material was recovered. Despite the ceasefire agreement between India and Pakistan, Indian troops are on high alert following several reported infiltration attempts and drone sightings, including a drone attack on an Indian Air Force station the week prior (Daily Excelsior, 9 July 2021).

Elsewhere in India, the main opposition party, Indian National Congress (INC), supported by farmers, launched nationwide demonstrations last week against ongoing rises in fuel prices. They demand the resignation of the Union Petroleum Minister as petrol prices exceeded 100 Indian rupee (approximately $1.34 USD) per liter — a record high — following the 38th price increase since 4 May (India Today, 7 July 2021). While no violence was reported during the demonstrations, employees of a petrol station assaulted two INC volunteers collecting signatures from their customers against the petrol price hike in Puducherry city. Similar demonstrations were also reported in Sri Lanka last week, where farmers rallied against increases in prices of fuel and essential commodities. Farmers also denounce a government decision to ban the import of chemical fertilizers, fearing it will lead to shortage and will impact the next growing season (New Indian Express, 6 July 2021). These demonstrations have continued for about a month despite a ban on protests and public meetings to prevent the spread of the coronavirus.