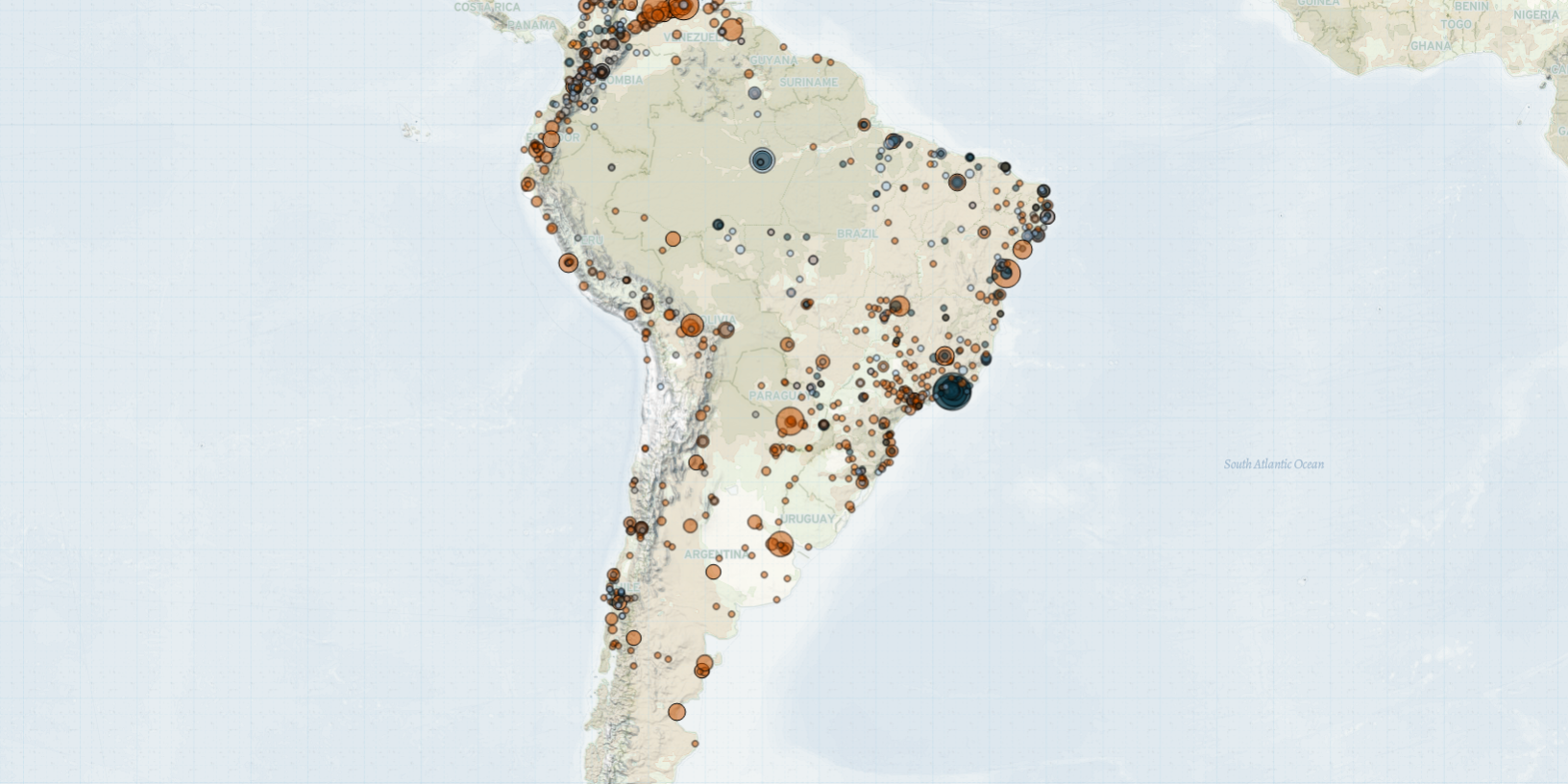 Last week in South America, Pedro Castillo was declared Peru’s president-elect. Anti-government demonstrations increased in Colombia, while heavy fighting between armed groups led to the displacement of farmers. In Venezuela, citizens continued to protest amid a severe socio-economic crisis. Lastly, in Brazil, state forces continue to launch operations targeting criminal groups in an effort to curb their activities across the country.

In Peru, left-wing politician Pedro Castillo was confirmed as Peru’s president-elect by the National Election Board on 19 July, after weeks of delay, following a polarizing election held on 6 June. Castillo faced a run-off against right-wing Fujimori after a near tie in the first round of elections. The delay in declaring the official result was due to Fujimori’s unsupported claims of electoral fraud and official requests for a recount (La Republica, 19 June 2021). In the past weeks, Fujimori supporters have taken to the streets to back her accusations of fraud, but the candidate conceded defeat following the board’s final decision (France24, 20 July 2021). Castillo was sworn in as president on 28 July 2021 (France24, 20 July 2021).

In Colombia, anti-government demonstration events increased last week. The National Strike Committee, a coalition of labor unions, resumed massive demonstrations across the country, coinciding with Colombian Independence Day on 20 July (El Espectador, 21 July 2021). On the same day, President Iván Duque announced a new tax reform bill as he opened the country’s second legislative period of the year (Al Jazeera, 20 July 2021). The government claims the new bill will not affect most taxpayers, amid fears of more unrest. The announcement of a previous fiscal reform bill on 28 April, later discontinued by the government, triggered nationwide demonstrations in past months. Amid an economic crisis worsened by the coronavirus pandemic, Colombians took to the streets on 20 July to continue to express their discontent with policies on education, health, and security, among other issues.

While political violence in Colombia decreased last week compared to the week prior, fighting between armed groups continues to affect civilians in rural areas. In the rural area of Ituango municipality, Antioquia department, members of the Gulf Clan and the 18th Dissident Front of the Revolutionary Armed Forces of Colombia (FARC) engaged in heavy fighting for several days last week. Nearly 800 farmers fled the area and sheltered in the urban limits of the city (El Espectador, 23 July 2021).

In Venezuela, protests were reported in at least 21 states last week, with demands covering issues from water and gasoline shortages to the equitable distribution of coronavirus vaccines. Demonstrators largely directed their complaints toward the local and national governments, which they blame for failing to adequately provide basic public services. Humanitarian organizations have documented widespread hunger, medicine shortages, and lack of access to basic services across the country (Human Rights Watch, 8 July 2021). On 5 July 2021, the World Food Programme started distributing food packages for Venezuelan school children, following a deal with President Nicolás Maduro (Reuters, 7 July 2021).

In Brazil, state forces continue to stage operations against criminal groups across the country. In Caucaia city, Ceará state, one of the leaders of the Laje Command (Comando da Laje, in Portuguese) criminal group was killed in a clash with state forces attempting to arrest him. The Laje Command is a local ally of the Red Command, which has a strong presence in the metropolitan area of the Ceará state capital, Fortaleza (O Povo, 2 December 2020). In June 2020, one of the founders of the group was also killed after a shoot-out with state forces, and another was arrested in the same month. Due to its strategic location on the coast of the Atlantic Ocean, Ceará state is key for the distribution of drugs to international markets, especially Europe (UOL, 25 February 2018). This leads to disputes between rival criminal groups who fight for control of the main cities in the state.

Meanwhile, in Rio de Janeiro, tensions between rival militia groups continue in the West Zone of the city after the killing of the leader of Bonde do Ecko on 13 June, during a civil police operation. In Manguariba community, civil police carried out an operation targeting local militiamen, with one suspect killed (G1, 19 July 2021). In the Curicica neighborhood, rival militia groups engaged in heavy fighting after armed men dressed in black entered the Dois Irmãos community (G1, 25 July 2021). Since the killing of Ecko, his brother ‘Zinho’ has tried to preserve the family’s stronghold by taking leadership of the group, though is faced with rivals (O Dia, 27 June 2021). Other police militia groups, including the Tandera militia, once Ecko’s ally, are also fighting for territorial control in a bid to expand their areas of influence in the West Zone of Rio de Janeiro (O Dia, 27 June 2021).