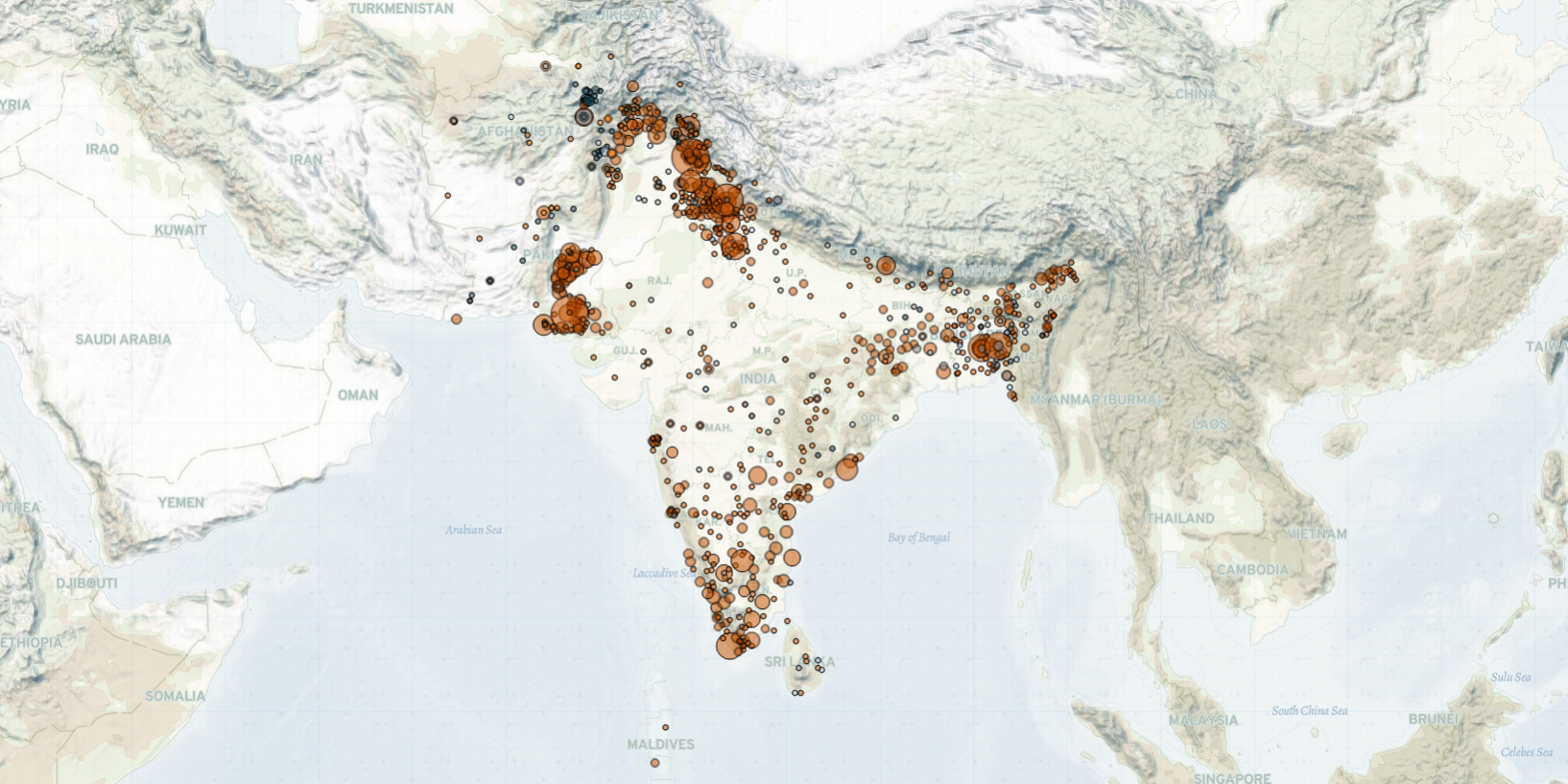 In Afghanistan, protests continued last week despite the Taliban declaring a ban on unsanctioned demonstrations the week prior (The Guardian, 8 September 2021). In Gizab and Kandahar cities, residents took to the streets against Taliban-issued eviction orders, for which the Taliban did not offer any explanation. In Kandahar, the Taliban intervened in a protest, reportedly beating up the journalists covering the event (CNN, 15 September 2021). In Gizab, the Taliban issued eviction orders to members of the Hazara ethnic group, who claim that their lands were offered to members of the Pashtun ethnic community — the country’s largest ethnic group, which also make up the majority of the Taliban (Hasht-e Subh, 13 September 2021).

Meanwhile, the Taliban killed two former Afghan security force personnel in Herat and Kabul last week. The group has also raided the houses of former security force members over the last two weeks, during which the families of the former personnel were harassed. The ongoing attacks come despite the Taliban’s declaration of a nationwide amnesty for the previous Afghan government and military members (BBC, 31 August 2021). Some civil servants have been invited to return to their jobs, such as the border police unit, which began to work alongside Taliban members in Kabul airport last week (Khaama Press, 12 September 2021). However, according to civilian claims, many former government workers still live in fear, as the Taliban continues to target high-profile soldiers and civil servants (Sky News, 14 September 2021).

The military forces of Pakistan intensified operations against militants in the tribal regions of Pakistan last week, amid a rising number of attacks by the Tehreek-i-Taliban Pakistan (TTP). At least seven soldiers and five militants were killed in an encounter in the Aasman Manza area of South Waziristan district. While state forces claim that the clash occurred during an intelligence-based operation, the TTP rather claim to have been the ones to ambush security forces (AP News, 15 September 2021). Security forces also conducted at least three operations across North Waziristan district, killing five suspected TTP militants. Since the Taliban takeover in Afghanistan, the TTP has vowed to take control of Pakistan’s tribal border region with Afghanistan, prompting increased concern among Pakistani authorities (CNN, 5 September 2021).

In India, unidentified militants launched a grenade attack on security forces at the main square in Pulwama city in J&K last week, injuring at least four civilians. Since early August, there has been a surge in grenade attacks in Kashmir, where various Islamist and separatist militant groups are active (AP News, 14 September 2021). According to J&K police sources, frequent anti-militant operations have led militant groups to adopt new strategies, including enlisting over ground workers (individuals aiding militants with logistics and resources) to attack security forces with grenades (Daily News Post, 14 September 2021). Meanwhile, security forces detected and defused several grenades in Srinagar city and in Budgam district.

Elsewhere in India, Bodo separatists formed a new militant group named the United Liberation of Bodoland (ULB) in Assam state last week, declaring themselves against the Bodo Peace Treaty and in support of a separate Bodo state (The Sentinel, 17 September 2021). The ULB released a video statement saying that they will carry out attacks in October if the government does not meet their demand (The Sentinel, 18 September 2021). In January 2020, the Indian Government and the formerly separatist National Democratic Front of Bodoland (NDFB) signed a peace agreement to reaffirm the territorial integrity of Assam and to end over three decades of militancy (Times of India, 27 January 2020).

Finally, farmer unions and political parties in India staged demonstrations last week marking a year of the enactment of three controversial farm laws to decentralize agricultural markets. The laws loosen regulations around the sale and pricing of produce, which farmers oppose, fearing it will lead to exploitation by corporations and will threaten their livelihoods (CNN, 6 September 2021). Sikh-centric party Shiromani Akali Dal (SAD) observed a ‘Black Day’ with a protest march in New Delhi city. Police intervened in the demonstration and detained tens of SAD leaders over violating COVID-19 guidelines before subsequently releasing them (The Economic Times, 17 September 2021). Earlier in the day, SAD accused Delhi police of sealing the capital’s border points and stopping vehicles from Punjab, one of the most prolific provinces for the farmer demonstration movement (Scroll, 20 September 2021). The Bharatiya Kisan Union and Samyukta Kisan Morcha farmer unions held peaceful protests in Punjab, Haryana, and Uttarakhand states against the farm laws.