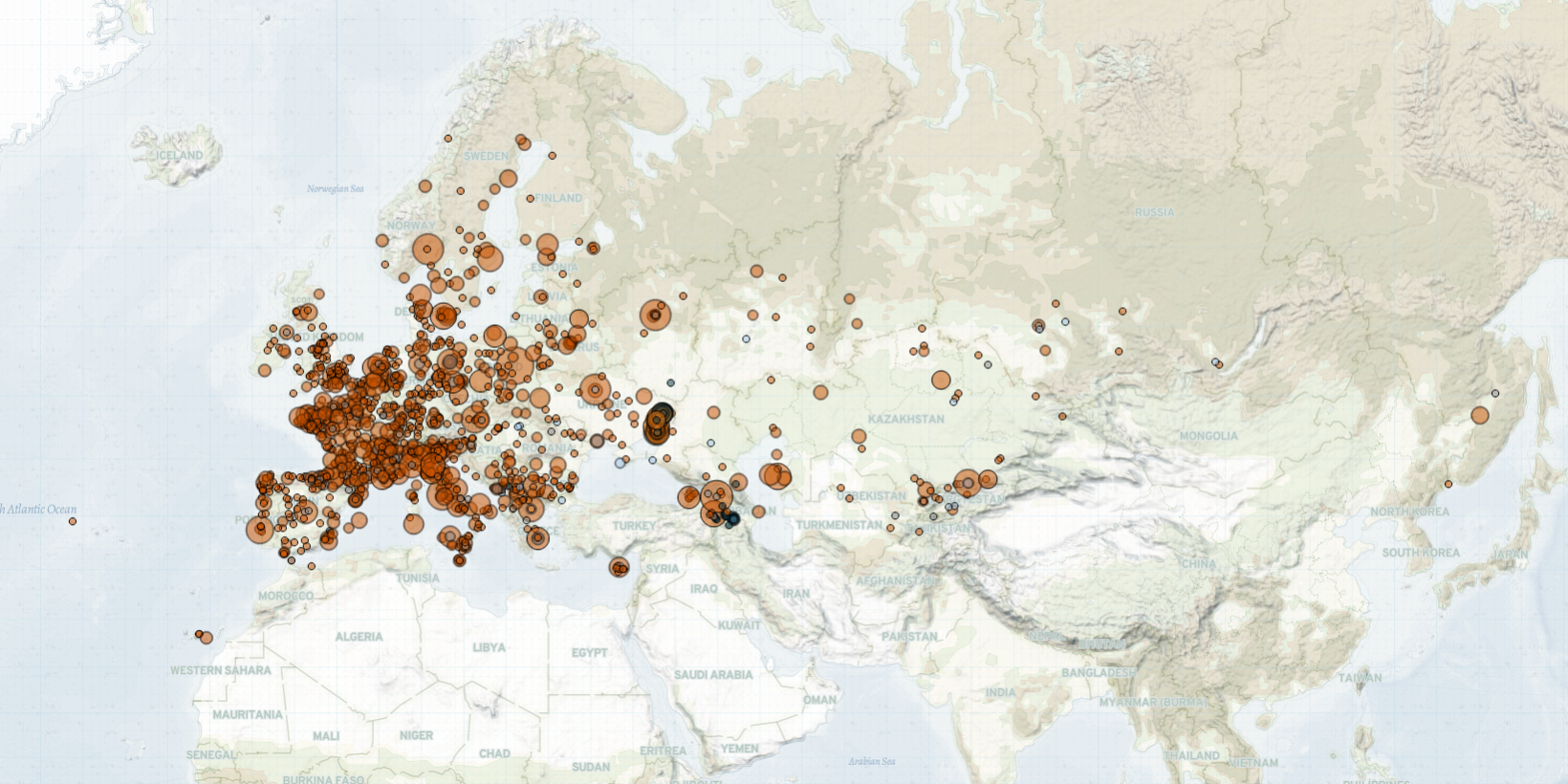 Last week in Europe, Central Asia, and the Caucasus, demonstrations took place in Russia calling for fair elections ahead of a parliamentary election from 17-20 September. In Portugal, Italy, Monaco, Austria, and the Netherlands, there was an increase in demonstration events opposing coronavirus restrictions. In Ireland and the United Kingdom, demonstrations demanding climate change action continued throughout the week. Meanwhile, Berlin, Germany saw a large demonstration event in favor of a referendum calling for the expropriation of rental units by the government into public ownership.

In Russia, three days of parliamentary elections began on Friday, 17 September, prompting demonstrations calling for fair elections.1This piece only covers the elections up to Friday, 17 September. The election results, any reports of voter fraud, and related demonstrations around the election will be covered in next week’s regional overview. Much of the Russian opposition — coordinated online by Navalny HQ, comprised of imprisoned opposition-leader Alexei Navalny and some of his supporters — attempted to subvert the ruling United Russia party by voting for the state-aligned Communist Party (Reuters, 15 September 2021). These efforts were complicated when Google and Apple removed the Navalny HQ app from their app stores per the demands of the Russian government; the app allowed voters to identify the candidates most likely to beat United Russia candidates (BBC, 20 September 2021). The election’s legitimacy was undermined by the authorities’ refusal to register a number of opposition candidates. This resulted in violence against participants not in the United Russia party, including a physical assault on a representative of a Communist party candidate (Mediazona, 30 July 2021; DW, 20 September 2021; Caucasian Knot, 17 September 2021).

In Georgia, the leak of recordings of thousands of state-intercepted phone calls sparked several demonstrations last week against illegal surveillance in the country. The leaked conversations were recorded by the Georgian State Security Service and focused primarily on finding compromising material about religious leaders and other clergy members (Eurasianet, 17 September 2021). The leak is one in many incidents highlighting long-standing tension between the government and the Georgian Orthodox Church, which reignited during the coronavirus pandemic and following recent attacks against the organizers of the LGBT pride march (OC Media, 1 April 2020; Carnegie Europe, 23 July 2021).

In Portugal, demonstration activity increased with coronavirus deniers protesting in Lisbon against coronavirus restrictions last week. Separately, medical staff staged demonstrations in Lisbon, Coimbra, and Figueira da Foz against workplace fatigue associated with the coronavirus health crisis, demanding better working conditions. In Italy, an increase in coronavirus-related demonstrations was also observed, with around a third specifically denouncing green pass restrictions, which require proof of vaccination or immunity to access certain venues. One turned violent in Turin on 11 September. In Monaco, a gathering of around 500 people also took place against an enforced health pass (Monaco Daily News, 11 September 2021). In Austria, between 1,000 (according to police) and 4,000 (according to organizers) people gathered to protest against coronavirus-related measures (Österreichischer Rundfunk, 11 September 2021). In the Netherlands, at least 55,000 people took to the streets on 11 September as part of the ‘Unmute Us’ movement by the Dutch cultural and event sector to denounce ongoing bans on cultural activities and events due to the coronavirus crisis (De Telegraaf, 11 September 2021).

In Ireland, in advance of the new Dail term, which began on 21 September, Extinction Rebellion climate activists gathered outside the Dail in Dublin last week to demand swifter government action to tackle climate change. Protesters expressed disappointment that the Green Party’s presence in the current coalition government has not appeared to manifest in more effective efforts to cut carbon dioxide emissions (Belfast Telegraph, 21 September 2021). In the United Kingdom, Insulate Britain climate activists launched five days of simultaneous protests blocking roundabouts and junctions on a busy motorway in London, causing hours of traffic delays. Activists call for insulating every home in Britain as a solution to help achieve the British government’s targets in reducing climate change effects, addressing fuel poverty, and reducing water usage (Insulate Britain, 2021). Police forcibly removed dozens of activists from the motorway and made over one hundred arrests during the week (BBC News, 17 September 2021).

In Germany, around 20,000 people protested in Berlin last week to call for a ‘yes’ vote in an upcoming local referendum on housing, due to be held on 26 September (Der Tagesspiegel, 11 September 2021). If successful, the referendum will see Berlin authorities expropriate the rental holdings of large real estate companies in order to put downward pressure on rising rents (Deutsche Welle, 7 September 2021). Some experts believe that if it passes, it will be leveraged by the Senate to gain concessions from landlords, rather than the actual expropriation of property by the government (Deutsche Welle, 7 September 2021).

Last week, on the Armenia-Artsakh-Azerbaijan Line of Contact, one ceasefire violation took place on the western border of the de facto Republic of Artsakh last week, leading to the wounding of two Armenian servicemen. The decrease in fighting does not yet signal prospects for the settlement of underlying disputes. Separately, Azerbaijan established customs checkpoints at the two sections of the Goris-Kapan highway of Armenia, which fell under Azerbaijani control after the Nagorno-Karabakh War (Jam News, 14 September 2021). This highway is especially important to Armenia as it is the main trade route to Iran, a significant trade partner (Jam News, 14 September 2021).

In the Donbas region of Ukraine, fighting between Ukrainian government forces and Russian-led forces continued last week at similar levels compared to the previous week. There were 45 armed clashes, 107 shelling incidents, and four fatalities reported.