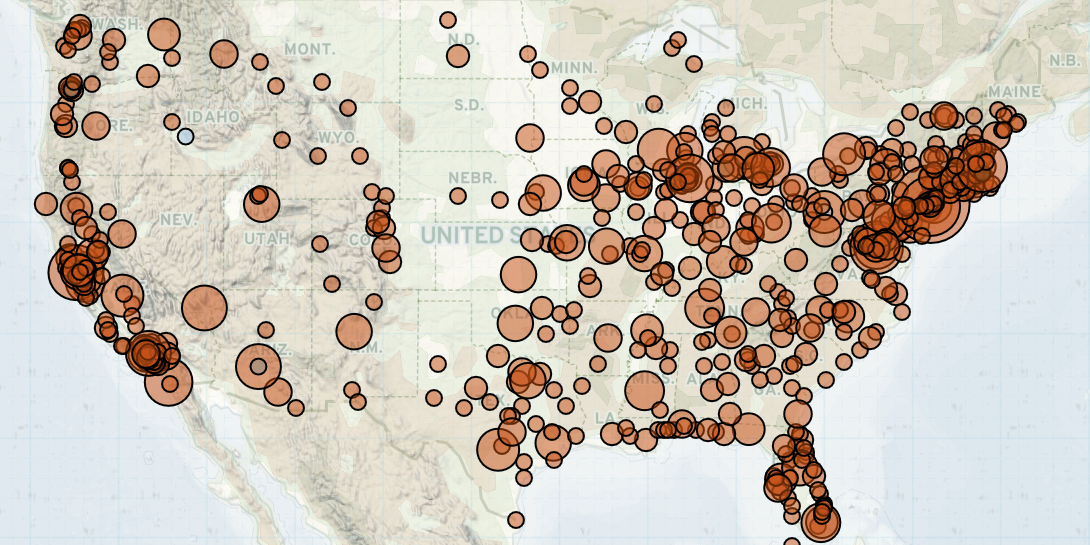 About one-third of all labor-related demonstrations last week involved workers rallying against COVID-19 vaccine mandates. Notably, on 25 October, thousands of people, including firefighters, police officers, teachers, and municipal workers, staged a march against a COVID-19 vaccine mandate for city employees in New York City (NBC New York, 25 October 2021). Demonstrators demanded an end to the COVID-19 vaccine mandate ahead of the 29 October deadline for vaccination, with some chanting ‘save our children,’ which has at times been linked to a false QAnon conspiracy about child sex trafficking. Separately, QAnon adherents held a ‘For God and Country Patriot Double Down’ rally and convention in Las Vegas, Nevada on 23 October that supported former President Donald Trump and opposed vaccine mandates and the 2020 presidential election results (Las Vegas Review-Journal, 23 October 2021). This marks the first reported QAnon-attended ‘Stop the Steal’ event since a demonstration against coronavirus restrictions in Atlanta, Georgia on 24 July (Twitter @afainatl, 24 July 2021).

Militia groups continued to carry out patrols, recruitment events, and numerous training events last week. The American Contingency Group held training events in California, Illinois, Washington, and Hawaii. The Hawaii training was led by the group’s founder, Mike Glover, and marks the second week that the group has trained in Hawaii since ACLED coverage began. Meanwhile, the Patriot Front held a training in Massachusetts, marking the first recorded Patriot Front training in the state, and the California State Militia held its first training since mid-September.

Multiple groups patrolled the US-Mexico border last week: Veterans on Patrol conducted a border patrol near Sells, Arizona, while armed members of Patriots for America patrolled the border near Del Rio, Texas. Veterans on Patrol significantly increased border patrol activity in October 2021, with the highest number of recorded patrols since June 2021. Last week marks the first reports of patrols conducted by Patriots for America since ACLED began coverage in January 2020. Elsewhere in Arizona, the Yavapai County Preparedness Team (YCPT), an offshoot of the Oath Keepers, held a recruitment event. Starting in June 2021, the Yavapai County Preparedness Team has held recruitment events twice a month, every month.

Openly white supremacist groups were also active last week. On 23 October, members of the Goyim Defense League (GDL), a neo-Nazi group, held a demonstration espousing anti-Semitic beliefs in the parking lot of a Costco in Selma, Texas (Twitter @DSRWNews, 23 October 2021). Days later on 27 October, GDL members held a similar demonstration in Austin, Texas (Twitter @TwitmoWolf, 27 October 2021). These demonstrations mark the first reports of the GDL in Texas since ACLED began coverage, and the first involving the group since mid-September 2021.

On 25 October, a man shot and killed a Latino man and a transgender woman in a Boise, Idaho mall, also wounding at least four others before being fatally shot in an exchange of gunfire with police (PinkNews, 25 October 2021). Though no definitive motive has yet been determined for the attack, an investigation revealed the shooter openly expressed white supremacist beliefs, which particularly targeted Latinx people and other ‘minorities,’ on his social media accounts.