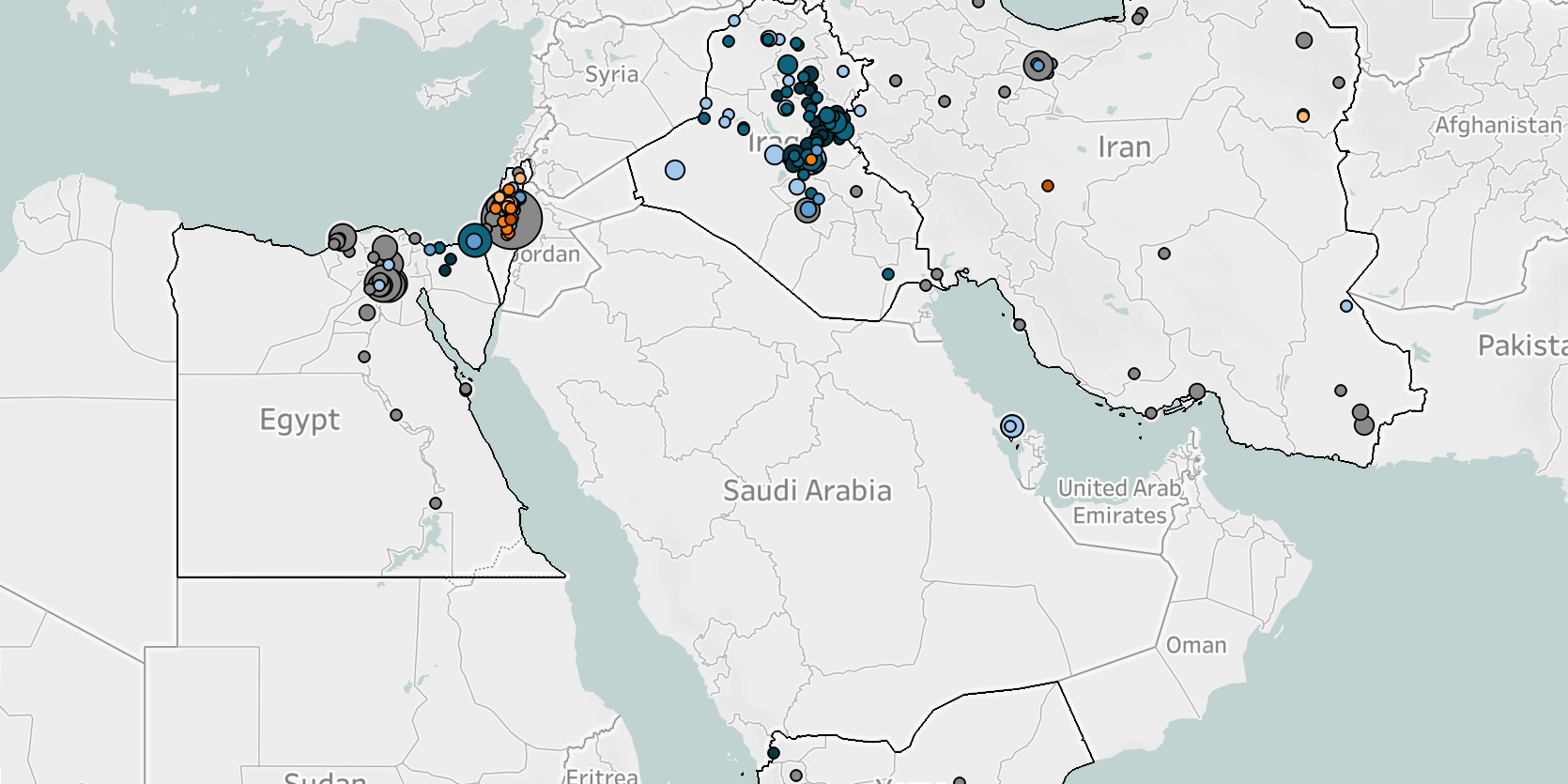 Last week in the Middle East and North Africa, state authorities targeted dissident religious minorities, imposed official state interpretations of Islamic morality on their citizens, and desecrated religious sites. In Yemen, pro-Houthi forces abducted religious leaders from the Tablighi Jama’at group1The Tablighi Jama’at (“Society for Spreading Faith”) is a global educational and missionary movement whose primary purpose is to encourage Muslims everywhere to be more religiously observant. It currently operates in roughly 150 countries around the world, including in Western Europe (Pew Research Center, 15 September 2010). for refusing to mobilize people to join the frontlines alongside the Houthis. In Iran, the systematic religious repression of Baha’is continued with the confiscation of their properties and ridicule of their faith in a government-funded workshop. In Egypt, the Court of Cassation upheld a decision that kept prominent human rights activists and others on the “terrorist list” for Muslim Brotherhood (MB)-related charges (El Fagr News, 18 January 2022). In Iraq, the Kurdistan government banned horoscope prediction shows in the enforcement of state-sanctioned morality and demolished a mosque citing failure to obtain the proper approvals.

In Yemen, Iran, and Egypt, state authorities persecuted non-Muslim religious minorities and heterodox Muslim groups last week. In Yemen, pro-Houthi forces abducted the leader of the Tablighi Jamaat movement in Al Bayda governorate and three other preachers. These abductions followed the refusal of Tablighi Jama’at religious leaders to use their mosques and sermons to mobilize people to join the Houthi frontlines (Khabar Agency, 20 January 2022). Members of the Tablighi Jama’at movement have previously been the subjects of targeted attacks, and a ban on all of their activities across Houthi-controlled territories was issued in December 2020 by the pro-Houthi Ministry of Religious Endowments and Guidance.

In Iran, the systematic state prosecution of Baha’is continued unabated last week. Iranian authorities issued a verdict confiscating a Baha’i citizen’s house in Mazandaran province and granting the property to the Executive Headquarters of Imam’s Directive.2The Executive Headquarters of Imam Khomeini is a quasi-governmental organization that operates under the control of Iran’s Supreme Leader, Ayatollah Ali Khamenei, and was established in 1989 by Ayatollah Ruhollah Khomeini. The body controls thousands of properties confiscated after the 1979 Islamic Revolution from political opponents and others targeted by the new authorities (Iranwire, 18 January 2022). This ruling cites a fatwa made by senior Shiite clerics, which states that “Baha’i property is illegitimate” (HRANA, 17 January 2022). Mazandaran province has quickly become one of the major sites of Baha’i religious repression, second only to the capital, Tehran. The intensification of repression in Mazandaran comes after a reported meeting between local authorities and security officials in September 2021, where a decision was reportedly made to put more pressure on the local Baha’i community (HRANA, 17 January 2022). Also, in the city of Karaj, the government funded a three-day anti-Baha’i poster design workshop attacking and ridiculing Baha’i religious beliefs (HRANA, 21 January 2022). The same workshop was held in Shiraz in December 2021.

Last week in Egypt, the Court of Cassation upheld a prior decision placing 29 individuals on the state “terrorist list” for their affiliations with the MB (El Fagr News, 18 January 2022). The decision covered the addition of prominent human rights lawyer Muhammad Al Baqir, political activist Alaa Abd Al Fattah, and several former members of the MB to the list. Human rights organizations have challenged the charges leveled at Baqir and Abd Al Fattah, who have never been affiliated with the group (AFTE Egypt, 14 September 2021).

Last week in Iraq and Iran, state authorities imposed their official interpretation of Islamic morality. In Iraq, the Kurdistan regional government’s Ministry of Culture and Youth banned all radio and television programs that discuss horoscope predictions (Shafaaq News, 20 January 2022). Although the reason for the ban was attributed to these programs’s perceived “negative effects on society,” it is likely an enforcement of traditional Islamic jurisprudence which considers astrology and the casting of horoscopes impermissible (Shafaaq News, 27 January 2022). Meanwhile, numerous arrests linked to morality-related events were reported last week in Iran. Notably, 30 people were arrested at a private mixed-gender party in Mahmudabad city. Sources also reported that authorities found alcoholic drinks at the party and sealed the property (HRANA, 16 January 2022). Raids on such parties – illegal under Iranian law, which also bans the drinking of alcohol – which often result in partygoers being detained and sometimes charged (Independent, 5 September 2019).

In both Iraq and Yemen, seemingly administrative irregularities led to the demolition of two mosques last week. In Iraq, state authorities demolished a mosque under construction in Kalar district, citing a “failure to follow proper procedures” (NRT News, 19 January 2022). Despite the government stating that the construction process commenced without the necessary approvals, the developer insists that they received verbal approval prior to construction (NRT News, 19 January 2022). In Yemen, local authorities in Tuban demolished a mosque during a campaign to remove illegal buildings and slums in violation of plans issued by the State and Land Authority.