ACLED’s data-driven and expert-based State of Syria map assigns control to conflict actors at the sub-district level of the country. The map denotes each sub-district as contested, inactive, or controlled by an actor. Further, each actor in control of a sub-district is assigned two unique colors to signify whether, while under that group’s control, violence has continued to be actively carried out by rival groups or whether the controlled area is generally “inactive.” This allows viewers to examine in detail the changing scope, focus, and role of various actors in the Syrian conflict.

The Syria control map is updated quarterly. All editions of the map can be found below. 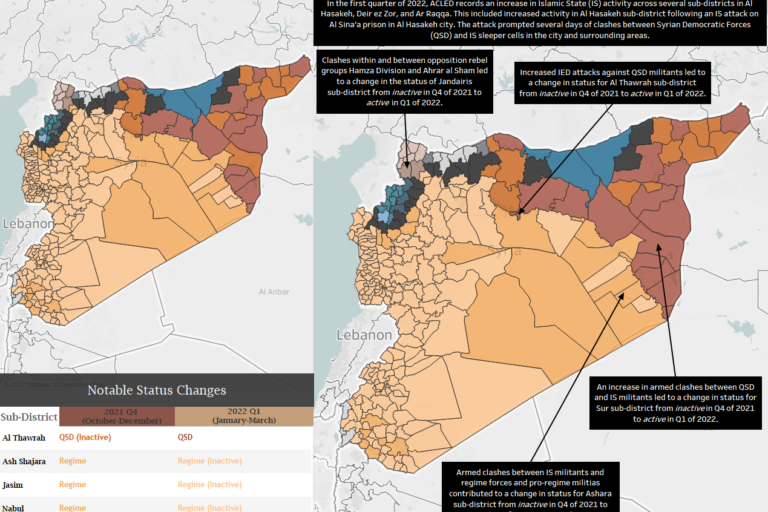 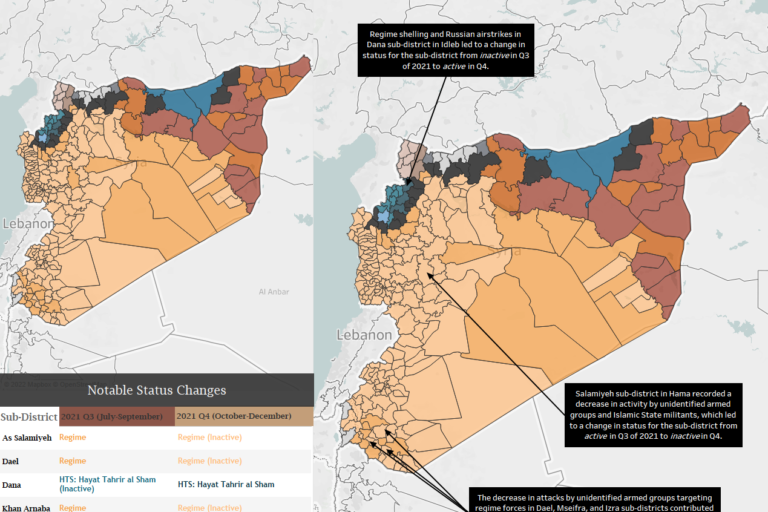 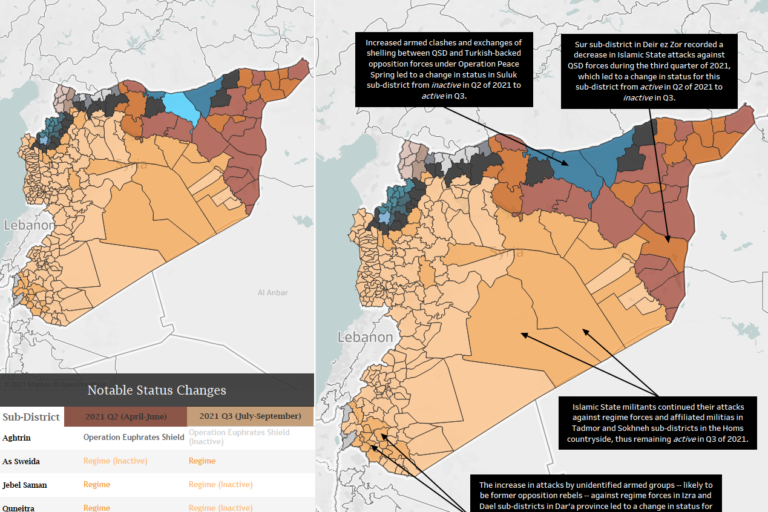 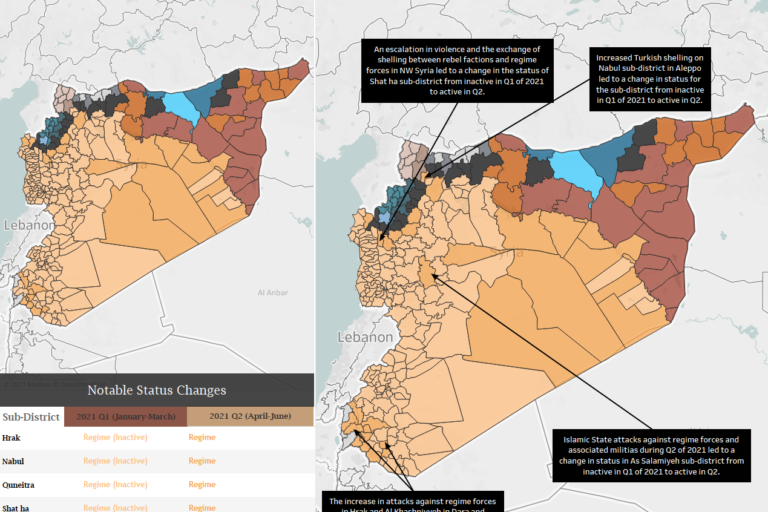 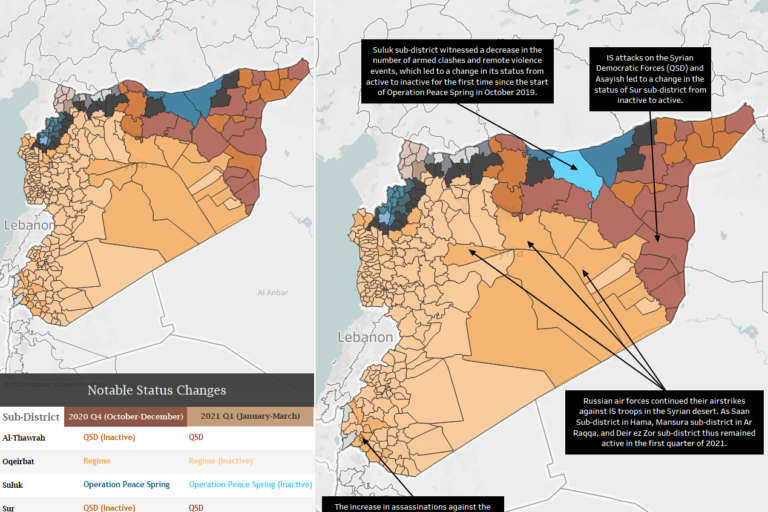 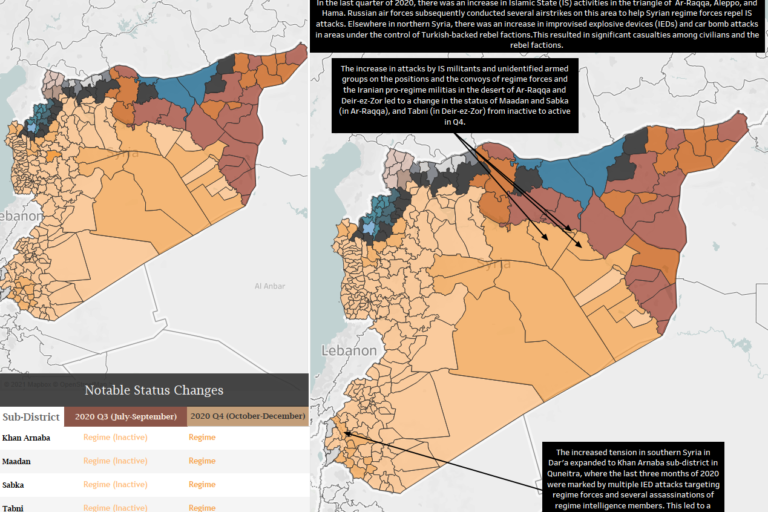 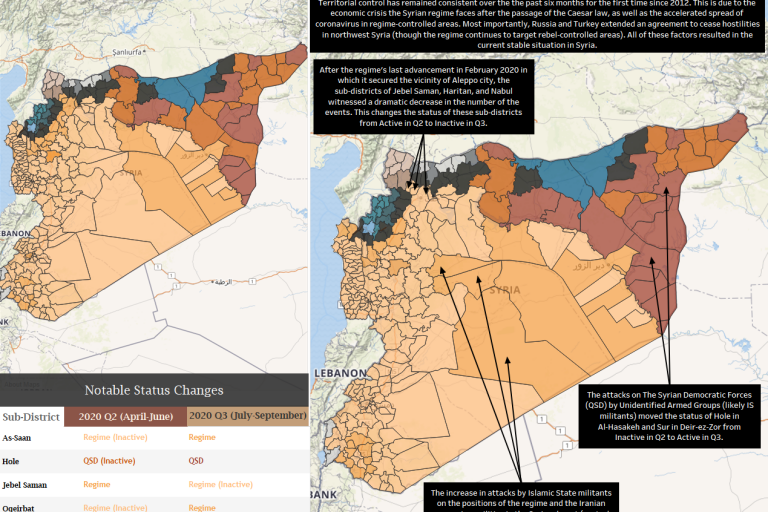 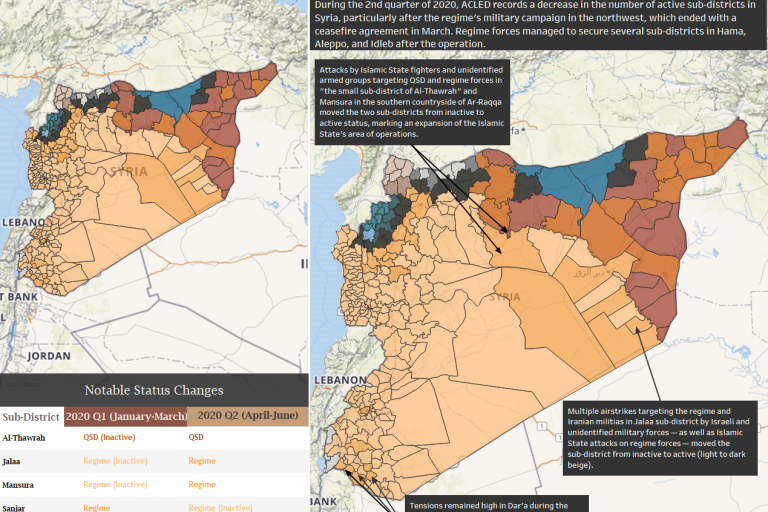 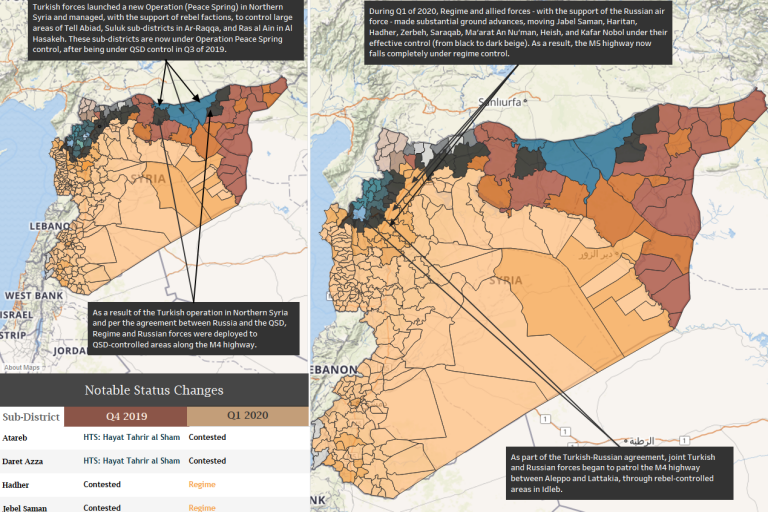 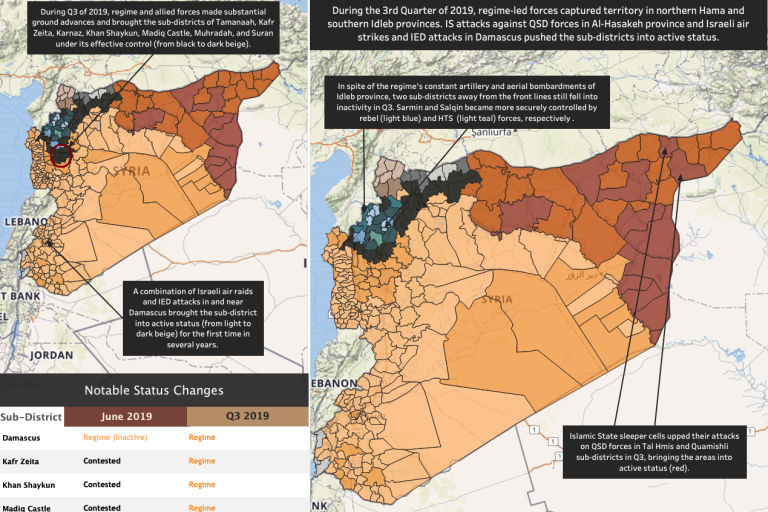 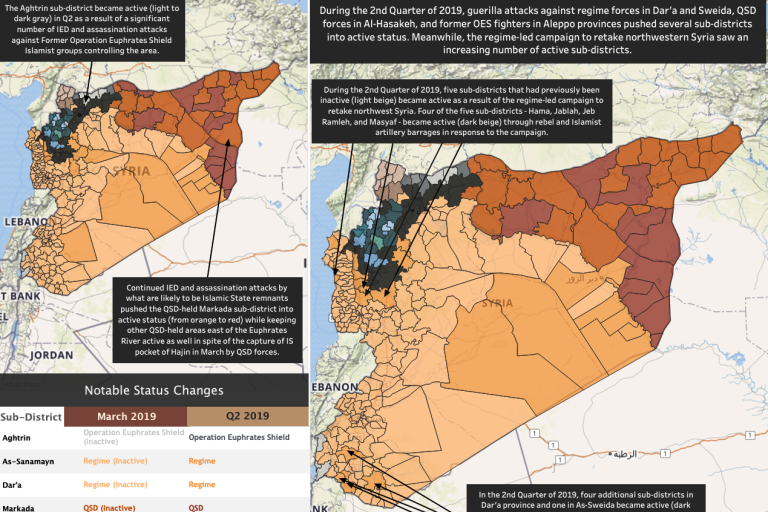 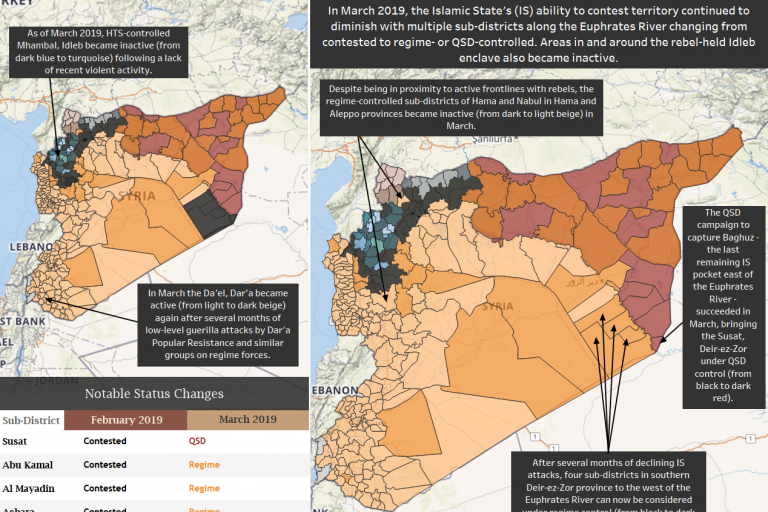 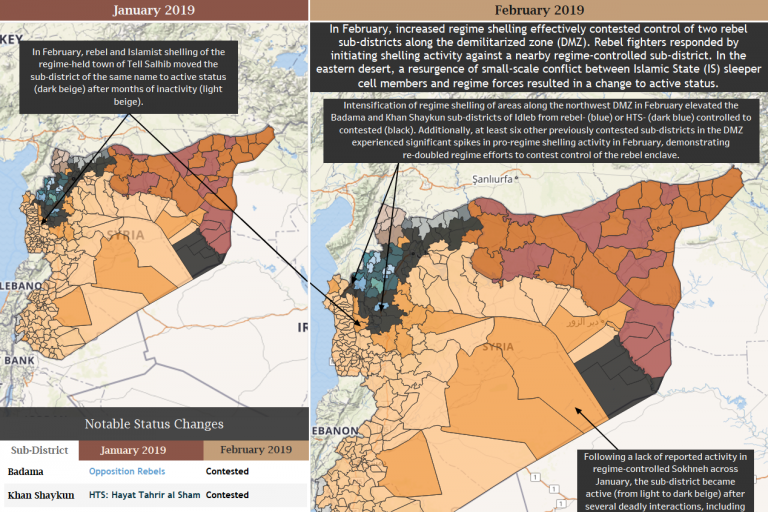 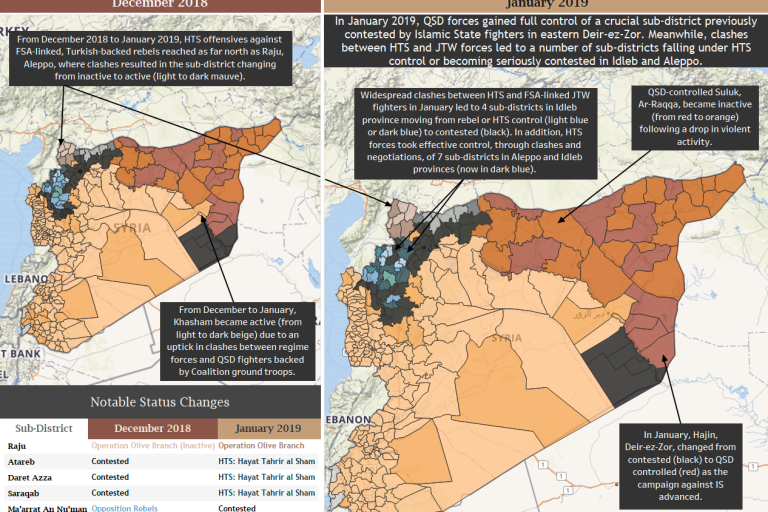 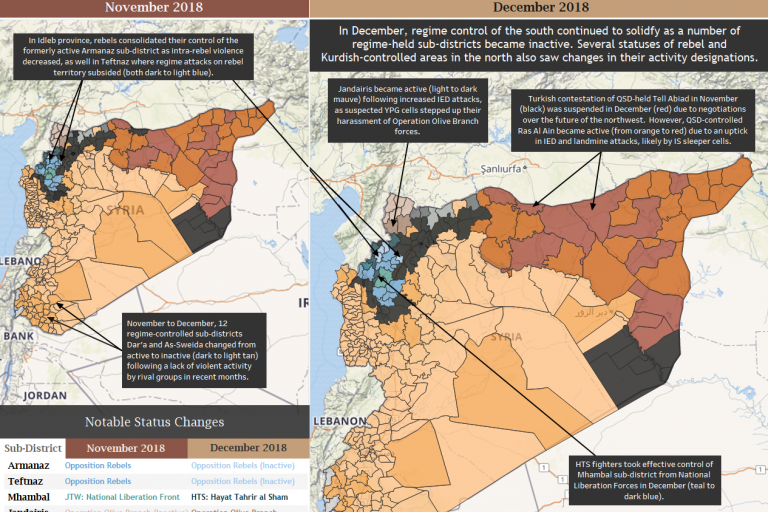 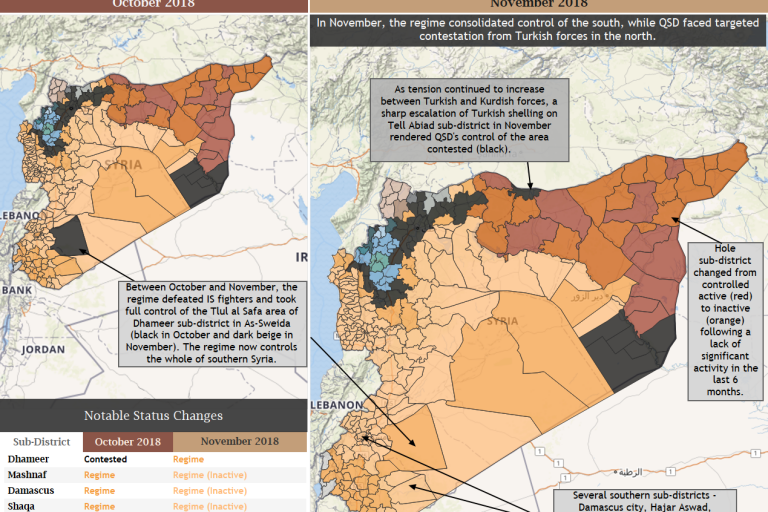 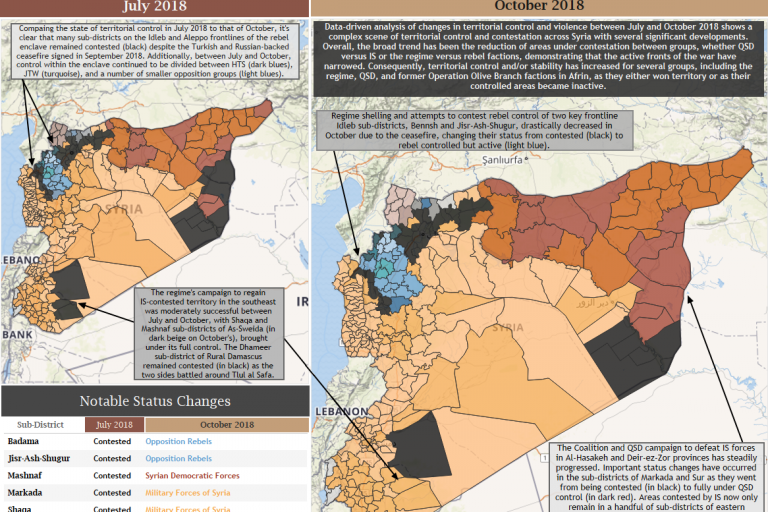